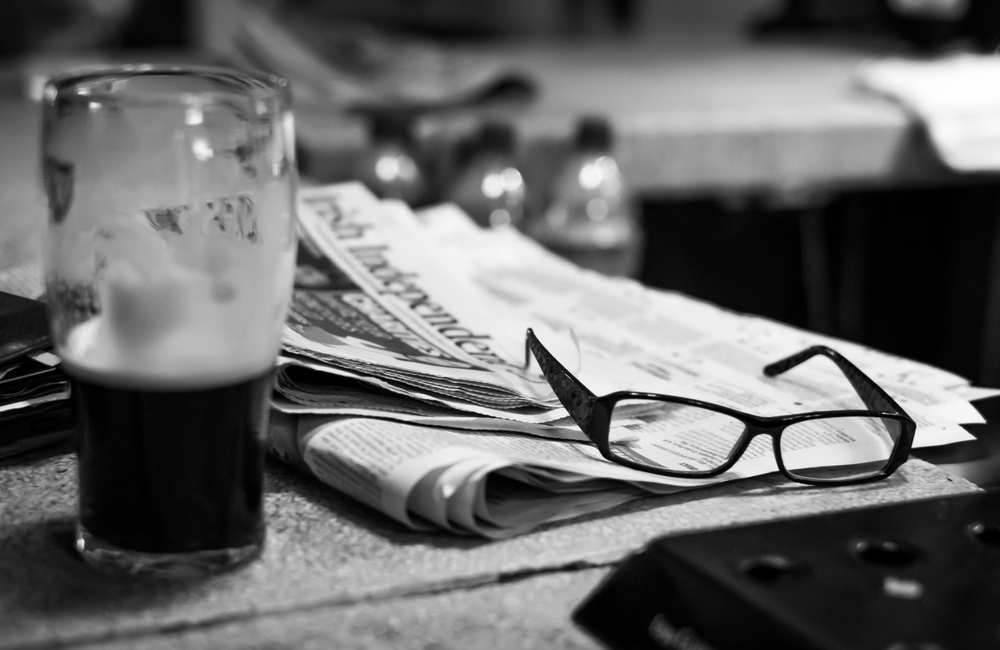 People living with HIV were often presented as reckless or morally deficient, according to an analysis of Irish print media between 2006 to 2016. Little attention was given to broader structural and social factors related to HIV transmission or to recent biomedical advances. This research was conducted by Dr Elena Vaughan and Dr Martin Power from the National University of Ireland, Galway and published in Health.

Despite improved access to HIV treatment and prevention, the Irish HIV epidemic remains a significant public health concern, with annual increases in the number of infections. In 2019 the number of new diagnoses of 11 per 100,000 was much higher than the European average of 6.2. The rise in HIV infections coincided with significant health funding cuts since 2008. As in other settings, people living with HIV continue to feel stigmatised and this impacts upon health in varied ways, such as not seeking out healthcare services.

The media plays a central role in the dissemination and understanding of health-related information. Additionally, they also shape narratives relating to conditions such as HIV. This discursive power is immense, with the potential to shape public opinions and impact upon policy decisions.

To investigate media discourses on HIV, the researchers sampled 103 Irish newspaper articles printed between 2006 and 2016. This period was selected because of significant biomedical advances during this time – including improvements in health, quality of life and life expectancy – and because of the rising HIV rates and economic austerity in the country at this time. Print media was selected due to its ongoing popularity in Ireland, with over 80% of the population regularly reading print publications.

Articles were included if they had been published in a national Irish newspaper, contained the words ‘HIV’ or ‘AIDS’ in the headline and were more than 500 words in length. Of the 103 relevant articles selected for the study period, 73 were related to HIV domestically (Ireland or the UK) and 30 were focused on HIV internationally (with 14 on HIV in Africa, and 13 in settings such as Russia, China and the US).

The researchers used critical discourse analysis, which is focused on how language is used to create and reinforce social power relations. This is based not only on an analysis of the texts, themes and words, but also on the considering the broader context, as well as what is not said and what is implied. This method aims to reveal insights about how discourses shape social realities and contribute towards unbalanced power relations, such as in the case of people living with HIV.

The main discourse that emerged was one of risk and responsibility, with just under half of all articles making some reference to risk. For example, the Irish Independent reported:

“One of Ireland’s leading specialists on STIs, has painted a frightening picture of Ireland’s current one-night stand culture where many are regularly indulging in high-risk sexual behaviour.”

Often, younger people and gay men were singled out for engaging in what was viewed as ‘reckless’ behaviour. Most articles quoted biomedical experts who emphasised rising rates of sexually transmitted infections (STIs) and HIV. Experts would ascribe meaning to behaviour, framed in terms of risk and responsibility. These articles tended to use exaggerated language, such as this from the Irish Times:

More news from Ireland, Republic of

“The recent resurgence of STIs in Ireland indicates that people are taking greater risks, particularly in the younger generation. “What we surmise to some extent is that they have grown up in this era of HIV/AIDS and either they believe that they are invincible or that it is worth the risk,” he [clinician] says.”

The emerging narrative regarding those contracting HIV was one of complacency: the idea that younger people and gay men were no longer afraid of HIV, so were having riskier sex. This was frequently expressed by experts in interviews:

“The message about safe sex . . . no longer seems relevant to a younger generation.”

“The successful development of antiretroviral drug treatments appears to have encouraged many young men to take the sort of risks which only 4 or 5 years ago their counterparts would have thought twice about.”

This discourse firmly placed responsibility for contracting HIV with the individual and often framed it as a ‘choice’, with no acknowledgement of broader social or structural factors.

“But we must all face the consequences of the choices we have made. And if prevention is better than cure, then surely it’s rational to explain that HIV/AIDS arises because of a choice made, just as lung cancer or COPD may be the penalty for a similar form of recklessness.”

While biomedical expert voices came through strongly on articles with risk as a central theme (over a third of the time), voices from people living with HIV were heard infrequently (approximately 10% of the time). On the rare occasions that individuals from risk groups were interviewed by media, this often revealed a lack of information and knowledge, as opposed to wilful recklessness.

“After getting tested, I’ll never do it [have unprotected sex] again. But I didn’t know. I’m not stupid, but no one ever told me . . . I’ve never seen an ad in the mainstream media about gay men and protection.”

While discourse related to the Irish HIV epidemic heavily focused on individual factors, articles about HIV in Africa and internationally tended to focus mainly on structural issues. Here there was a greater focus on a lack of funding, challenges accessing treatment and prevention, inequality and stigma. High numbers of infections were also framed politically, such as “a lack of political commitment by past governments”. These predisposing factors to HIV were rarely mentioned in relation to Ireland.

Othering of people living with HIV

People living with HIV were often characterised as the ‘unhealthy other’ in both articles written about the Irish epidemic and about other settings. A clear distinction was made between those living with HIV and the uninfected.

This was seen in descriptions of people eligible for PrEP as “healthy, but high risk” and in a description of a pregnant woman living with HIV as looking “like any other healthy mother”, before stating that she is “a carrier of a potentially deadly virus which might be passed onto her unborn child”. The implication is that people living with HIV are by default unhealthy, regardless of their actual health status.

"Rather than expand on the positive aspects of current daily life with HIV, writers described HIV in terms of what it was not."

The othering took on another dimension in articles on Africa, with HIV being viewed as distant and different from HIV in Ireland. An article about HIV in Zambia contained this illustrative line: “the subject and location seem so distant from us in every sense”. This constructs a clear ‘us’ (including the Irish reader) and ‘them’. However, its narrowness also excludes people with HIV in Ireland reading the article.

In an Irish Times piece, a journalist describes receiving a (false) positive HIV result while living in Africa. His immediate thought was that it was his African girlfriend who had transmitted it to him (“It has to be her. She has infected me.”). After receiving a confirmatory test that was negative, he expressed his relief: “For three days I was HIV positive, and now I am healthy. I am normal. I am free.” This article highlights both viewing the source of HIV as the ‘other’ (in this case, an African person) and the characterisation of the HIV-negative individual as healthy and normal in contrast to the person living with HIV.

HIV viewed through the historical lens of AIDS

Another prominent discourse was to mention HIV being a treatable, chronic condition while also using descriptions that referred back to the AIDS era. Rather than expand on the positive aspects of current daily life with HIV, writers described HIV in terms of what it was not: a ‘death sentence’, ‘fatal’ or ‘terminal’. Even in descriptions where HIV was no longer a ‘death sentence’, there were implications of a ‘life sentence’, with connotations of criminal punishment. Viewing HIV through the lens of AIDS resulted in mixed messages regarding those currently living with HIV.

In an Irish Times piece, the writer states that HIV is “no longer a death sentence”, yet ends the article with the quote: “People think, ‘Ah, I’ll do it just the once,’ but taking that one chance could be your last’.”

Additionally, while longer domestic pieces would often provide some historical background and frame HIV as now being a manageable condition, there was little mention of recent biomedical advances that prevent onward transmission. There were only four references to Treatment as Prevention (TasP) and only one specific reference to PrEP in all 103 articles. This is a stark omission, considering the power of these advances to challenges notions of risk and responsibility.

Media organisations play a central role in the creation and dissemination of HIV-related discourses, including depictions of people living with HIV. Here, the Irish print media depicted people living with HIV as irresponsible, reckless individuals who became infected with HIV because of individual choices. They were also contrasted with uninfected individuals as the ‘unhealthy other’, with little acknowledgement of broader social factors that contribute to HIV epidemics or recognition of more recent medical advances that allow people living with HIV to be healthy and not transmit HIV.

This study highlights the important role the media plays in propagating stigmatising stereotypes and potentially impacting upon policies that could negatively affect those living with HIV.