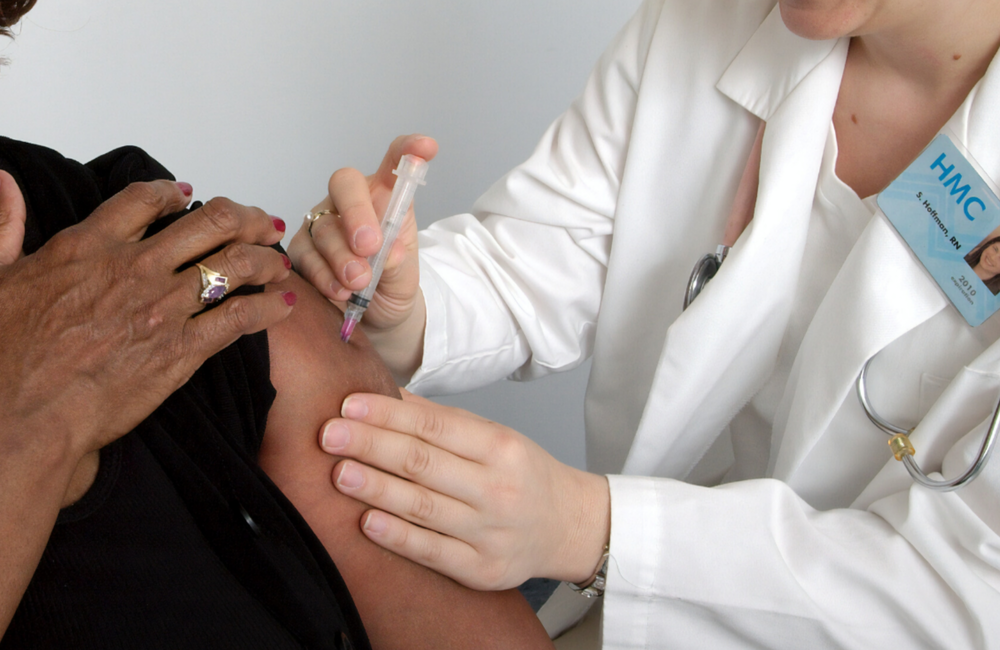 Injectable medications – either for HIV prevention and treatment – would be an attractive option for women living in the US, due to their perceived effectiveness, convenience, ease and greater confidentiality. However, barriers cited include potential side effects, increased clinic visits and fears regarding safety, according to two recent studies published in the Journal of Acquired Immune Deficiency Syndromes and AIDS and Behavior by Dr Morgan Philbin of Columbia University and colleagues.

Barriers to taking daily oral medications are evident for both those taking daily PrEP and antiretroviral treatment (ART). Long-acting injectable medications offer a potential alternative that might alleviate some adherence challenges.

The Women’s Interagency HIV Study (WIHS) is the largest cohort study of both women living with HIV and women at risk for HIV in the US. As part of this larger study, researchers collected qualitative data through in-depth interviews between 2017-2018 with both HIV-negative and HIV-positive women exploring the perceived facilitators and barriers to long-acting injectable antiretrovirals for both prevention (PrEP) and treatment (ART). Interview locations were New York City, Chicago, San Francisco, Atlanta, Washington DC and Chapel Hill.

HIV-negative women were eligible for inclusion if they had a history of sexually transmitted infections or characteristics that increased their risk for HIV (such as injecting drug use or having engaged in sex work). A total of 30 women were interviewed. The median age was 51, 77% of the women were Black, one-third had less than high school education, 57% were in a low-income bracket and 73% had public health insurance. Most were either dating or in a long-term partnership (80%) and had children (87%), and 57% had some previous knowledge of PrEP.

For the long-acting injectable ART study, 59 in-depth interviews were conducted with women living with HIV. The median age was 53, 76% were Black, one-third had less than a high school education, most were unemployed (66%) and were in a low-income bracket (59%). Over half of the participants (56%) expressed that they would choose injectable ART over daily pills.

Barriers to injectable PrEP and ART

While the HIV-negative women reported HIV-related risk factors, such as drug use or multiple sexual partners, they did not see themselves at risk of getting HIV.

“I don’t want to take another pill for another thing that…won’t happen to me. I don’t see myself ever being exposed to that.” (50-59, San Francisco)

Most women said they would have considered PrEP when they were younger, had more sexual partners or were injecting drugs. When prompted to choose a regimen, 55% said they would opt for injectable PrEP, only 10% said they would prefer daily pills and a third of the women rejected the idea of PrEP, regardless of formulation.

Medical mistrust was an important theme for both groups of women. Many expressed fears regarding the safety and efficacy of injectable PrEP and ART. There were additional concerns that PrEP and ART would stop working, or, even worse, lead to additional medical issues down the line.

“We’re all an experiment. We’re like guinea pigs, you know? You don’t know for real if it’s gonna be effective.” (HIV negative, 50-59, San Francisco).

For women living with HIV, there was often a reluctance to abandon a regimen that they knew to be effective.

“I want to make sure it has the same efficiency as my drugs I’m taking now. I would hate if I stop taking my medicines for a month while I’m testing this out, and my viral load shoots up because it’s not doing the same thing my cocktail is doing.” (56, D.C.).

Women in both studies expressed concern regarding possible side effects. This related mainly to possible pain from receiving an injection, the injection site (buttocks) and fear of needles. Around a quarter of both groups said they would be more likely to get the injection of it was administered in the arm or stomach.

“I can deal with the soreness and tenderness in my arm, but the tenderness and soreness in my butt. It’s gonna be a little hard to sit back, I’d sit down real soft…” (HIV negative, 30-39, Atlanta).

"We’re all an experiment. We’re like guinea pigs, you know?"

There were concerns about the duration of side effects, given that injections are long-acting.

“With a pill – if I have a reaction, I can immediately go and flush it through my urine. With a shot, that stuff is in your blood stream which goes to your heart. That's mind-boggling. I'd stick with the pill. ” (Living with HIV, 60, D.C.)

Some women questioned whether injectable PrEP might interfere with a pregnancy. A few women with a history of injecting drug use expressed concern that the injection could serve as a trigger that could result in relapse.

Injectable PrEP and ART would require more frequent healthcare visits for both groups (every one or two months). While women in cities with extensive public transport expressed little concern regarding this, others raised it as a barrier.

“It sounds promising. Only issue for me is the once a month. If it was more like every three months, every four or five months, I could do that. But once a month, no. I'm not anti the shot, it's just the frequency.” (Living with HIV, 34, Atlanta).

Offering injections at local pharmacies would not be sufficient to remove this barrier as many women said they would prefer to receive them from their doctor because of confidentiality and to address any potential side effects.

“Like, if you say, I’m going to this Walgreens and getting this shot. Okay, what are you getting that shot for? It’s not a clinic. I think a doctor’s office is most conventional and less conspicuous.” (HIV negative, 60-69, Chicago)

Facilitators of injectable PrEP and ART

Participants viewed injections as more effective than daily pills, because they go straight into the bloodstream.

“It would make you feel more normal, because you don't have to think about it every day.”

“I think it’s more effective in a shot… That’s just from drug use, there’s a difference between injecting cocaine and snorting it or smoking it, because you get everything that’s in there.” (Living with HIV, 65, San Francisco).

Additionally, challenges related to daily pill taking (such as whether or not to take pills with food, adherence difficulties, leaving medication at home when traveling and so forth) resulted in women viewing injections as a more convenient route of administration.

“What if I forget to take my pills two or three days, or just say I go out of town and I left my medication at home? I forgot, so now I’m opening myself up? I would rather take the shot.” (HIV negative, 50-59, Atlanta).

Women living with HIV also spoke of daily pills as reminders of their HIV status and the fatigue that sets in after taking pills for many years to maintain an undetectable viral load.

“It would make you feel more normal, because you don't have to think about it every day, when I take my medicine, I'm like, ‘I got to take this because I'm HIV-positive’. With a shot I just know it would be so much better.” (43, Chapel Hill)

“I used to be so good about it [taking pills], and I noticed that within the last year I started not giving a shit… Like I get so tired of having to do all these things that I never wanted to do and don’t want to deal with.” (51, San Francisco)

One of the main perceived benefits of injectable PrEP and ART would be confidentiality. Both groups of women expressed fears that taking pills signified to others that they had HIV (even if they did not) or that they were engaging in risky behaviour. Women with HIV often used words like ‘discreet’ and ‘privacy’. Women also expressed that they could provide various reasons for a clinic visit that did not necessarily involve disclosing that they were using PrEP or living with HIV.

“That’s about it: that it won’t be really known. You don’t have to tell your partner that you’re trying to protect yourself.” (HIV negative, 40-49, Chicago)

“Nobody knows you’re going to get a shot every month. [But if] you got any stuff jingling in your bag. A person there: ‘What you got in there?”’ (Living with HIV, 34, Chapel Hill)

Despite some differences regarding how the two groups of women viewed injectable PrEP and ART, there was a large degree of overlap, indicating that implementation of injectables would be subject to similar pros and cons for both women living with HIV and for women who require HIV prevention. This raises important questions for the HIV research community regarding implementation of novel technologies and how they be put to use to ensure maximum benefit for those who need them the most.

The Food and Drug Administration (FDA) has expanded the approval of Cabenuva (cabotegravir and rilpivirine) injection to include the treatment of HIV-1 in virologically suppressed adolescents (HIV-1 RNA less than 50 copies/mL) who are 12 years of age or older and weigh at least 35kg on a stable antiretroviral regimen, with no history of treatment failure, and with no known or suspected resistance to either cabotegravir or rilpivirine. Previously, the treatment was approved only in adult patients.
Monthly Prescribing Reference
31 Mar 22
Injectable & long-acting HIV treatment

ViiV Healthcare announces label update for its long-acting HIV treatment, Cabenuva (cabotegravir, rilpivirine), to be initiated with or without an oral lead-in period

Supply bottlenecks linked to centralized distribution are slowing the pace at which patients are switching to GlaxoSmithKline’s long-acting HIV injectable Cabenuva, according to a U.S.-based expert clinician.
FiercePharma
9 Mar 22
Injectable & long-acting HIV treatment