Behind the scenes at European Testing Week 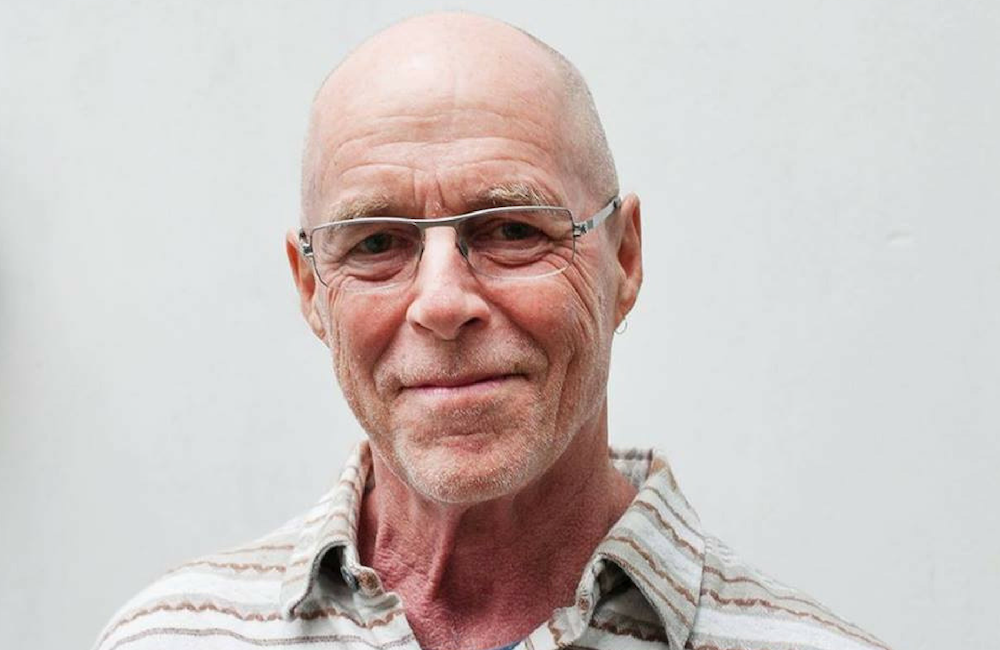 European Testing Week started in 2013, as an initiative of HIV in Europe, with the initial aim of increasing testing efforts and creating awareness of the benefits of early HIV testing. Since then, the week has broadened its focus to include hepatitis testing. This year, European Testing Week will take place from 23-30 November. Ben Collins is co-chair of the working group for European Testing Week and we spoke to Ben about how you can get involved.

Could you describe what European Testing Week is and what the aims of the week are?

The week was initiated in 2013, and it was influenced by UK HIV testing week. HIV in Europe is the lead organisation behind it and it is really a science-led initiative, focused both on the science and the data but also on taking action. The week was set up intentionally to be an advocate and an influencer for HIV testing, and also to encourage people to actually ‘do the deed’ of testing.

In 2017, more than 600 organisations signed up to say they were supporting the week. That covers a broad range of activity, from running additional HIV and hepatitis testing sessions in clinics and civil society organisations, through outreach testing sessions in the community, to raising awareness about HIV and hepatitis testing. There’s always been this understanding that it’s about encouraging testing, not just focusing on people who are actually doing testing. Ultimately the aim is to reduce late diagnosis of HIV and hepatitis through making testing more accessible and through communicating the benefits of early testing.

How can people get involved?

There’s a huge website, which is a great resource for people who really want to dig into the information. There are lots of resources there, including logos and templates, and an implementation handbook (toolkit 2), all listed on the materials page. You can also sign up on the website to let us know you are taking part.

We really welcome involvement from everyone. Each year our working group has had an area that we’ve targeted, so for example we focused on speaking to people in government one year, and we chose to speak to clinicians another year. In each case we were using relevant science, so for clinicians it was about what were indicator diseases. We’ve spent time identifying the key people who could talk to other key people, and trying to really focus on creating visuals and the right materials for clinics. We’ve worked on translating a lot of materials. A lot of my work has been in central and southeast Europe and sometimes I go into a clinic and see our testing week logos all over the walls in Serbian or Croatian, so that work has been very positive.

A couple of years ago, at the International AIDS Conference in Durban, we were doing a workshop on testing and we had this great intervention from two women from ICRSE (the International Committee for the Rights of Sex Workers in Europe) which set off a key populations project. They said we love this idea, but you know it’s a hard sell for us. We’re encouraging our populations to go for testing, but most testing in their experience is involuntary and it’s connected to criminalisation.

As a result of that intervention we developed what are really interesting key population documents, including: ‘The benefits of focusing on and mobilising key populations’ and ‘How to develop educational resources that resonate with key populations’. Those were kind of gifts from the European Testing Week group to key population groups, containing all the basic science.

This year we don’t really have a target as such, but one is emerging. We sometimes hear from people with particular issues in implementation, and we provide answers where we can through the working group. Maybe we know who they should talk to, or we know an organisation that had a similar experience. We’re thinking about drawing on that expertise, documenting these problem-solving responses and socialising them through Facebook and Twitter, so they reach a wider audience. How often do you actually see people talking about the nitty-gritty of problem-solving?

We are also thinking about how this could tie into INTEGRATE, a new EU-funded project with HIV in Europe, which sets out to integrate the key learning and practices from hepatitis, HIV, TB and STI testing. When we made the transition from being HIV Testing Week to HIV-Hepatitis Testing Week, we realised the challenges in that transition and also how important the benefits can be – recognising we’re often talking about the same populations, or at least overlapping populations, and that it’s a way of highlighting a lot of understanding and issues around key populations.

Some of the issues that people have experienced in providing HIV and hepatitis testing and the problems they’ve identified, could be turned into training or workshops to support other people and share that learning. I think that is our focus this year – looking at low-cost and very targeted responses.

I think that focus on key populations is very healthy and INTEGRATE is bringing together learning from testing week and other approaches and sharing that learning across different disease areas. The project is focused on really strengthening the science argument. Rather than working across all 53 countries in the World Health Organization Europe region, INTEGRATE is focused on specific countries which have expressed interest in being involved.

Do you have any favourite or memorable examples of activities from previous testing weeks?

One of the lovely things about the European Testing Week website is that it serves as a public platform for organisations to share their activities internationally and a place where they can learn from each other’s experiences. The Success Stories section of the website is really charming. One of the things that’s popular is visually seeing people get tested, like mayors of cities, or people at the EU.

I think, before testing week started, people were feeling like World AIDS Day was getting stale. Testing week gave people a sense of purpose, and an idea for what they could do. We have heard that in a lot of places testing week has really revived their World AIDS Day. It has become a celebration of the work they’ve done, rather than a focusing on past losses, and it has brought people in.

We also see individuals who are doing a lot – for example Isabell Eibl at Austrian AIDS-Hilfe works on this throughout the year. She’s managed to incorporate the whole process of testing week into an ongoing testing campaign, and seeing people do that is really rewarding.

How well has the integration of hepatitis testing worked and how can that be improved?

The hepatitis response and the HIV response are more qualitatively different than I think we appreciate. It felt like a leap to go from being purely focused on HIV to including hepatitis as well. But we knew from the first moment that there was impact and we had the data which showed that it was enhancing hepatitis testing and it was getting HIV groups to be more inclusive. We worked hard to build relationships and we played around with the language and the materials so some logos say ‘European HIV-hepatitis testing week’ and other say ‘European hepatitis-HIV testing week’.

We just had the first Spring European Hepatitis-HIV Testing Week which took place on 18- 25 May 2018. That was initiated and driven by hepatitis stakeholders and it was a real success. It was helping organisations take on the issues of testing and it also showed that hepatitis organisations were picking up HIV testing and fulfilling the needs of their clients better.

We’ve always felt like it’s important to evaluate how effective the activities are, but it’s very hard to get the data. A lot of places that get involved in testing week are working at high volume anyway, so can they identify a blip? We’ve had to do a lot of qualitative research to investigate impact – asking people to tell us their success stories and putting faith in those.

Hepatitis testing was a stretch for us, but I think it was the right challenge and now I feel like it’s really being integrated. I think for me personally, it feels like a reflection of intersectionality. Combination prevention for me is really expressing a lot of the same understandings that we understand from intersectionality – that intersectionality is simply a better way of looking at the world. We’re thinking differently. When we reflect that kind of new thinking, it really does give us the better tools.

This eFeature appeared in the October 2018 edition of the Eurobulletin.

Researchers explore the acceptability of delivering HIV-positive results by phone

A few MSM who had received a positive HIV test result via phone indicated drawbacks , but overall, respondents reported favorably, praising the support and information provided by study staff. Participants were able to emotionally process their test results privately and not in a clinical setting, but were also able to receive support and referral to care from study staff.
Medical Xpress
17 Sep 20
HIV testing programmes & uptake

Testing for HIV at public health facilities declined 57% during the first month of lockdown instituted because of the Covid-19 pandemic in South Africa, according to data from the national health department.
Mail & Guardian
14 Sep 20
Self-testing & home testing

A testing programme for homeless people in Merseyside during lockdown has led to over 60 people being put on treatment plans for HIV and Hepatitis C.
ITV
19 Aug 20
More editors' picks