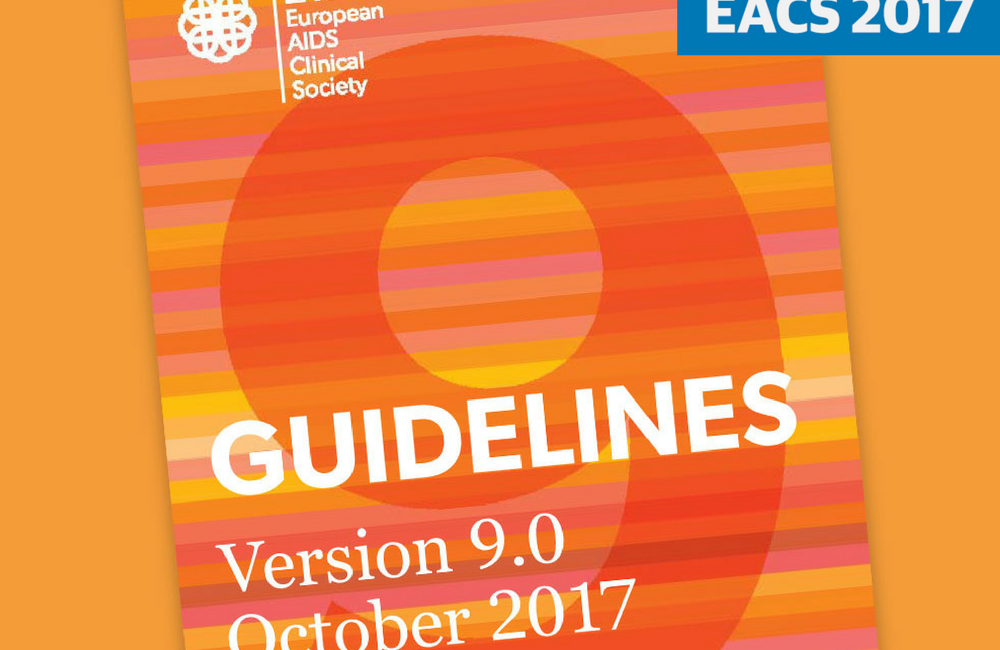 The guidelines, formulated by the European AIDS Clinical Society (EACS), are intended to set a standard of care for the entire European region including Eastern Europe. The guidelines are revised every two years and updated in between as new evidence arises.

Among the other major additions and changes, European experts in HIV medicine have made the following recommendations:

The full guidelines document is available to download from the EACS website or as an app. The guidelines also include links to video tutorials on aspects of diagnosis and consultation.

In people who do not clear hepatitis C after a first course of direct-acting antiviral treatment, the guidelines recommend assembly of a regimen after resistance testing.

Interferon-based treatment is no longer recommended for treatment in primary HCV infection. A new algorithm guides physicians in determining when to treat acute HCV infection. Treatment should be initiated if HCV RNA has not fallen by at least 2 log four weeks after diagnosis or if the patient still has detectable HCV RNA 12 weeks after diagnosis despite a 2 log reduction at week 4.

There are no changes in the first-line regimens recommended by EACS in the 2017 guidelines, except for a downgrading of atazanavir/ritonavir. EACS continues to recommend that first-line treatment should be based on tenofovir and emtricitabine or abacavir and lamivudine, with the use of tenofovir alafenamide preferred in cases where there is: an established or high risk of chronic kidney disease; co-medication with nephrotoxic drugs or prior tenofovir disoproxil toxicity; osteoporosis/progressive osteopenia or risk factors; or, a history of fragility fracture.

All integrase inhibitors, the non-nucleoside reverse transcriptase inhibitor rilpivirine and the boosted protease inhibitor darunavir are the preferred third agents for first-line treatment. Atazanavir/ritonavir has been downgraded to an alternative option owing to the frequency of kidney toxicity in people taking the drugs.

New guidance on the management of non-alcoholic fatty liver disease (NAFLD) has been added, following the findings that around half of people with HIV referred for investigation after abnormal liver function tests turn out to have NAFLD.

NAFLD consists of a spectrum of liver damage caused by metabolic disorders and lifestyle factors highly prevalent in people living with HIV, including obesity, high cholesterol and triglyceride levels, diabetes and other metabolic disorders. These disorders lead to fat accumulation in the liver and eventually to the development of fibrosis – non-alcoholic steatohepatitis (NASH) – and cirrhosis in a minority of people. The high prevalence of NAFLD – up to 30-40% in US cohorts – in people living with HIV means that the prevalence of fibrosis and cirrhosis in people without risk factors of viral hepatitis or chronic alcohol abuse will also be higher in this population.

Diagnosis of NAFLD in people with abnormal liver function and no viral hepatitis or history of alcohol abuse should be carried out by ultrasound with the use of biopsy to confirm NASH in more advanced cases. Ultrasound imaging of the liver should also be considered in people with metabolic syndrome and no other risk factors for fibrosis and normal liver enzymes, with repeat follow-up every two to five years depending on the presence of steatosis (fat accumulation in the liver).

Low CD4 count can exacerbate COPD but it is the high prevalence of smoking among people with HIV that makes chronic lung disease a growing problem as the population of people with HIV ages.

EACS recommends that all patients should be screened for chronic lung disease if they are aged 40 or over or if they have smoked for the equivalent of ten years. Regular wheezing, cough or shortness of breath on exertion should prompt further investigation in these people to diagnose COPD. If symptoms do not improve with use of a single bronchodilator further treatment should be tailored to symptoms. There is no evidence that use of oral glucocorticoids has benefit in COPD and inhaled glucocorticoids should not be used with boosted antiretroviral regimens. Influenza and pneumococcal vaccinations are proven to reduce the incidence of lower respiratory tract infections in people. Smoking cessation is a lifesaving intervention in this population.

Human papillomavirus (HPV) vaccination is now recommended for everyone living with HIV aged under 26 and all men who have sex with men up to the age of 40.

The full guidelines document is available to download from the EACS website or as an app. The guidelines also include links to video tutorials on aspects of diagnosis and consultation.

Darunavir/ritonavir (DRV/r) has not been widely used in low- and middle-income countries despite DRV/r’s significant benefits. The recent development of a quality-assured fixed dose combination of DRV/r that is now available at a price below that of LPV/r paves the way for the uptake of DRV/r to replace poorly tolerated medicines.
AfroCAB
6 Dec 21
Injectable & long-acting HIV treatment