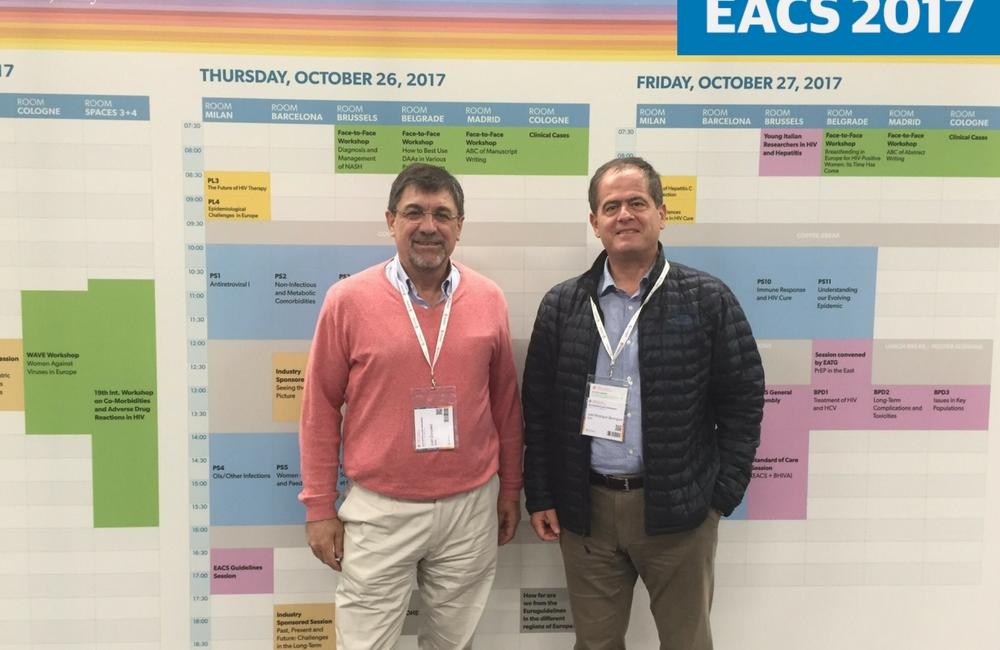 Spain is making dramatic progress towards eliminating hepatitis C in people living with HIV because of widespread use of direct-acting antivirals, Juan Berenguer of Hospital Gregorio Marañón, Madrid, reported on Friday at the 16th European AIDS Conference (EACS 2017) in Milan.

Sampling patients at 43 clinics in Spain, researchers found that the proportion of people living with HIV who have chronic hepatitis C virus (HCV) infection has fallen dramatically since 2009, from approximately one-third of all patients in care to 11.7% of all patients in late 2016. In just one year, from late 2015 to late 2016, the prevalence of chronic hepatitis C in people living with HIV fell by 47%, from 22% to 11.6%.

The GeSIDA network of Spanish researchers carried out a cross-sectional study to evaluate the effect of improved treatment access on the prevalence of HCV co-infection in people with HIV in Spain. They sampled patients from 43 HIV treatment centres in Spain in proportion to their patient population, taking a random sample from each clinic. The total population in care was 38,904 in October and November 2016 (the sample period) and the random sample comprised 1588 patients, of whom 35% were men who have sex with men and 29.6% were people who had acquired HIV through injecting drug use.

Only half of people with diagnosed HIV/HCV co-infection in Southern Europe have ever started a course of treatment to cure hepatitis C infection, and less than 40% in Central and Eastern Europe, an analysis of people receiving HIV care in the European region shows.

The findings, also presented to EACS 2017 on Friday, by Sarah Amele of University College London, come from the EuroSIDA study, an amalgamation of HIV treatment cohort studies in Western, Central and Eastern Europe.

The study was designed to evaluate the continuum of care for hepatitis C in people with HIV/HCV co-infection, from testing to treatment, who were in care in January 2015.

The researchers identified 6985 people in the EuroSIDA cohort with a positive HCV antibody test result prior to January 2015. Of these, 79% had a subsequent test for HCV RNA to diagnose chronic infection – meaning that almost one in five did not receive a test to determine whether or not they had active HCV infection. HCV RNA testing is an essential first step in determining whether a person with HCV antibodies is in need of treatment for HCV infection. People with HCV antibodies who have a negative HCV RNA are presumed to have cleared the infection spontaneously.

Of those who tested HCV RNA positive, 45.3% had an HCV genotype test.

Less than half of all those diagnosed with chronic infection had undergone any course of treatment by January 2015 (45.3%) and in the overwhelming majority of cases the treatment consisted of interferon and ribavirin. Only 9.4% received a course of interferon-free treatment with direct-acting antivirals.

Although 2079 people completed a course of treatment, the outcome of treatment was documented for only 1305 people due to lack of virological testing during and after treatment.

Overall, the study found that substantial proportions of people were being lost at each stage of the care continuum and that access to treatment remained poor for people living with HIV.