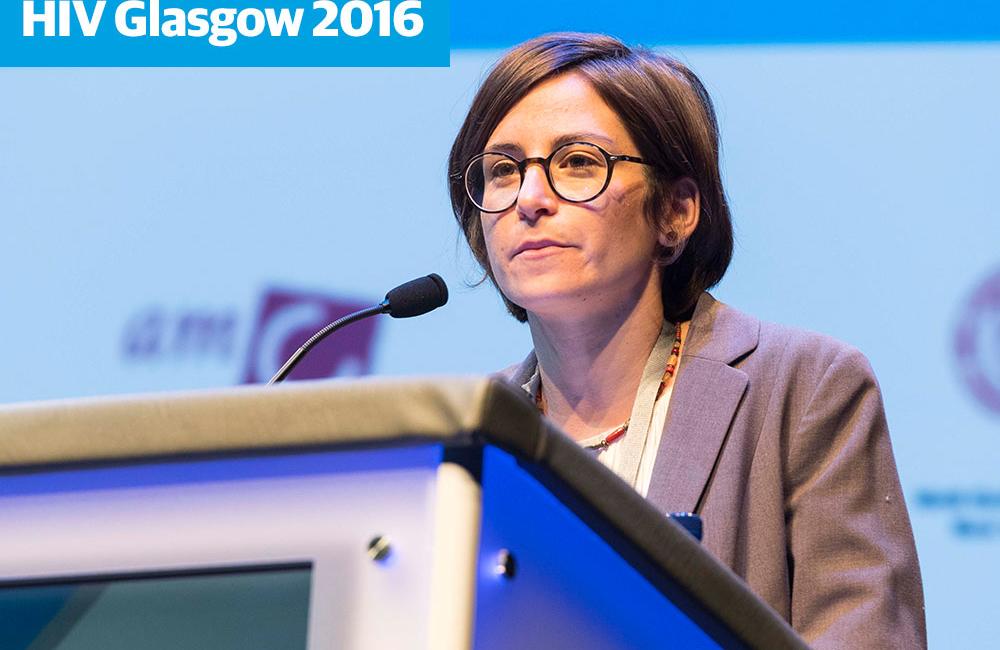 Simplification of an antiretroviral treatment to a boosted protease inhibitor and the nucleoside analogue lamivudine (a dual regimen) is highly effective in people switching from a stable three-drug regimen, researchers reported on Monday at the International Congress on Drug Therapy in HIV Infection (HIV Glasgow).

Boosted protease inhibitors combined with lamivudine have the potential to really reduce the cost of long-term treatment as boosted protease inhibitors come off patent over the next two years in higher-income countries. These regimens may also reduce the risk of any long-term side-effects associated with triple-drug therapy, most notably the bone and kidney toxicities caused by tenofovir.

The ATLAS-M study was a multi-centre, open-label randomised study conducted in Italy lasting 96 weeks. It was designed to explore the non-inferiority of a simplified regimen of atazanavir/ritonavir plus lamivudine compared to atazanavir/ritonavir plus two nucleoside reverse transcriptase inhibitors. To be eligible for recruitment, patients were required to be taking stable antiretroviral therapy (ART) with a viral load below 50 copies/ml for at least three months and a CD4 count above 200 cells/mm3 for a minimum of six months.

The study population comprised 266 people with a median age of 44 years. The two study arms were evenly matched in baseline characteristics, with median CD4 cell count of approximately 620 cells/mm3, a median of 23 months of prior treatment with viral load suppressed below 50 copies/ml, 84% male in the dual-regimen arm and 75% male in the triple-regimen arm. Seventy-eight per cent in the dual-regimen arm and 83.5% in the triple-regimen arm were taking tenofovir prior to randomisation.

After 48 weeks, patients taking dual therapy had a lower rate of treatment failure compared to individuals who remained on triple therapy (89.5% vs 79.7%) and this difference persisted at week 96 (77.4% vs 65.4%). The study found that the dual regimen was statistically superior to the triple regimen, and that this difference was driven largely by a difference in virological failure rates between the two arms (although that difference in itself was not statistically significant) (1.2% in the dual arm vs 6.8% in the triple arm, p = 0.060). Potentially treatment-related adverse events were also somewhat more frequent in the triple-regimen arm, and this difference appeared to have been driven by five treatment discontinuations due to renal colic, probably attributable to atazanavir, in the triple regimen arm, compared with two in the dual therapy arm.

The MOBODIP study was designed to evaluate whether a dual regimen of a boosted protease inhibitor and lamivudine was safe and effective for second-line treatment in sub-Saharan Africa.

Patients were recruited in Cameroon, Senegal and Burkina Faso. To be eligible, they were required to be taking stable second-line ART consisting of a ritonavir-boosted protease inhibitor and two NRTIs, with a viral load below 200 copies/ml, a CD4 count above 100 cells/mm3 and adherence above 90%.

The primary outcome was virological failure at week 96, defined as either a confirmed viral load above 500 copies/ml, reintroduction of a dual NRTI backbone or interruption of the protease inhibitor.

A total of 265 patients were randomised. Most (73%) were women and the median age was 42 years. Median CD4 count at baseline was 475 cells/mm3. The median duration of second-line ART was 37 months. At the time of first-line treatment failure, 96% of participants had the M184V mutation which confers resistance to lamivudine.

Following the reintroduction of the NRTI backbone, all patients except one reestablished virological control and the median time to viral suppression was ten weeks.

The study investigators concluded that inclusion of lamivudine in the second-line regimen confers an advantage despite the presence of lamivudine resistance at baseline, and that lamivudine may maintain a resistance mutation that impairs HIV replication, reducing the risk of virological failure.