The benefit of treatment has outweighed the clinical impact of lipodystrophy, conference hears 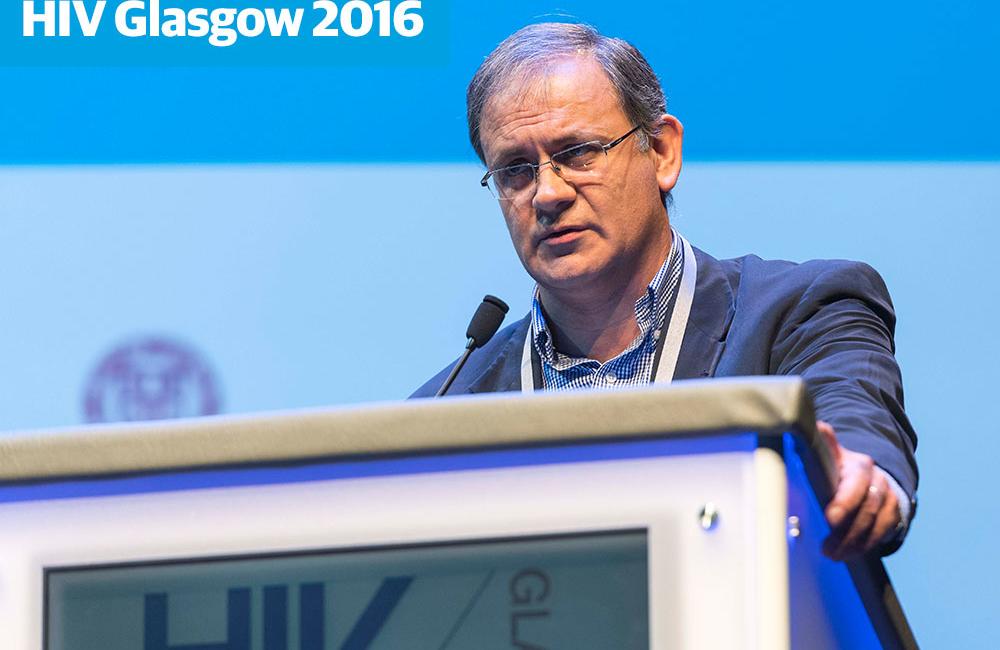 The 2016 International Congress on Drug Therapy in HIV Infection (HIV Glasgow) heard today that over a 20-year period, people who suffered lipodystrophy (fat redistribution) and especially lipoatrophy (fat loss) when they started antiretroviral therapy (ART) actually had better health outcomes than people who did not suffer from it.

The finding, which was contrary to researchers’ expectations, shows that even if lipoatrophy exacted a social and psychological price, because it was a marker for good adherence to HIV treatment, people who developed it had a lower risk of death, AIDS or certain co-morbidities over the next 20 years.

Lipodystrophy or unusual fat redistribution in the body, began to be noticed soon after patients started on combination ART in the later 1990s. It could involve either loss of the layer of fat immediately under the skin (subcutaneous fat), which was called lipoatrophy. It could also involve unusual fat gain, especially in the abdomen (visceral fat) or neck and shoulders (dorsal fat or ‘buffalo hump’); this has been termed lipohypertrophy. In many but not all people, both conditions could occur together.

Initially the new protease inhibitor drugs were suspected as the cause. It soon became clear however that lipoatrophy was caused by the nucleoside reverse transcriptase inhibitor (NRTI) drugs most commonly used then, especially stavudine (d4T), didanosine (ddI) and zalcitabine (ddC), and is to do with the way they interfere with metabolic (energy processing) genes. The cause of lipohypertrophy is less certain, though there is some evidence that it is associated with the protease inhibitors and disturbances of fat-distribution genes.

A disruption to the way the body produces, uses and distributes fat. Different forms of lipodystrophy include lipoatrophy (loss of subcutaneous fat from an area) and lipohypertrophy (accumulation of fat in an area), which may occur in the same person.

Loss of body fat from specific areas of the body, especially from the face, arms, legs, and buttocks.

Whatever the cause, lipodystrophy was extremely psychologically distressing for its sufferers, both because of its direct effect on people’s appearance and self-esteem, and because it marked people out publicly as HIV-positive.

The hypothesis in the current study was that lipodystrophy was also directly harmful to the health of people who developed it, and that this would show itself in higher rates of death over the following years.

The study looked at 494 people who originally started ART, consisting of two NRTIs and at least one protease inhibitor, at the University Hospital of Barcelona between October 1996 and September 1999. It followed them up until the end of 2015 unless they died earlier or were lost to follow-up. This cohort was one of the best-studied groups in the investigation of lipodystrophy, and so it is especially useful to revisit this group of patients more than 15 years later.

Three-quarters of the patient group were male and they were quite balanced between the different risk factors for HIV (39% injecting drugs, 28% male/male sex, 28% male/female sex, 5% other). Their average CD4 count before starting ART was 204 cells/mm3 and viral load about 80,000 copies/ml.

Lipodystrophy was more common in older people. The average age of those who had it was 41 and of people who did not have it, 36. It was considerably less common in people who injected drugs (22%) and in people with hepatitis C (29%). The same was true specifically for lipoatrophy and lipohypertrophy when considered by themselves.

The researchers hypothesised that people with lipodystrophy would have poorer clinical outcomes in the follow-up period. In fact, the opposite turned out to be the case, and the difference was quite significant. Between 1999 and 2015 the mortality rate in people who had had any lipodystrophy was 0.9% a year but in people without it, it was 2.1% a year – more than double. The association was even more marked when lipoatrophy was considered alone, with mortality of 0.8% in those who had it versus 2.4% in those who did not – three times the death rate. When lipohypertrophy was considered by itself, the rate among people who developed it was 1.0% a year and 1.6% in people without it – still raised, but in this case the difference was not statistically significant.

Conversely, end-stage liver disease was only a quarter as common in people with lipoatrophy (no one with lipohypertrophy had it – it was rare, with only 18 cases). There was also a non-significantly lower risk of fractures, neurocognitive impairment and chronic obstructive pulmonary disease (COPD).

How to explain these results? The researchers did find a positive association between lipodystrophy and some morbidities. However it appears that these were outweighed by other factors, and presenter Esteban Martinez believes that the most significant one was simply that lipodystrophy was a marker for better adherence to ART. In other words, the HIV-suppressing properties of ART overcame any adverse side-effects of the drugs or of susceptibility to them, producing greater viral suppression (though this was not measured during follow-up as such), fewer AIDS-related conditions and lower mortality.

Dr Martinez compared his findings to those of the SMART study in 2006. In this important study, it had been hypothesised that the side-effects of ART would lead to poorer clinical outcomes in people with higher CD4 counts and the benefits of viral suppression would only outweigh them in people with lower ones. This turned out not to be the case; suppressing HIV turned out to be so beneficial that side-effects did not cancel out its impact. Studies since then such as START have confirmed that the same applies at higher CD4 counts. This study finds that the same applies even when considering one of the most notorious side-effects of antiretroviral drugs by itself.

Dr Martinez said he did not minimise the psychological impact of lipodystrophy. But he commented: “For patients developing lipoatrophy, their suffering was not in vain; they were able to avoid more AIDS events and survive longer.”

The long-acting injectable regimen suppressed HIV in more than 90% of study participants, including those with obesity.
POZ
5 Nov 21
More editors' picks