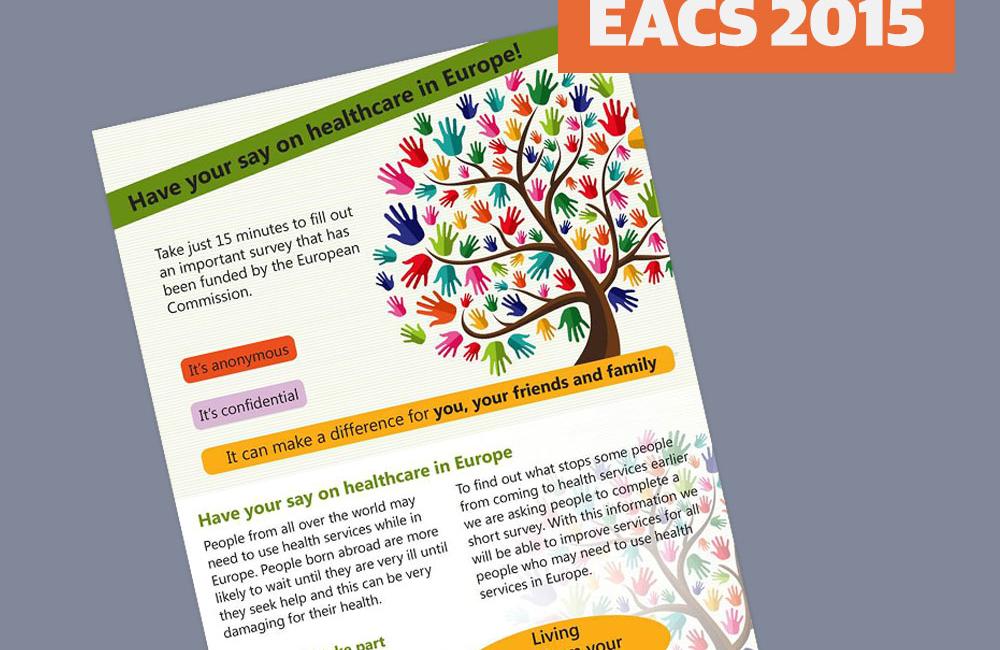 A study presented at the 15th European AIDS Conference yesterday found evidence that the majority of migrants living with HIV in Europe, and who were diagnosed less than five years ago, probably acquired the virus in their host country rather than the one in which they were born. The aMASE (Advancing Migrant Access to Health Services in Europe) study found that the proportion of people with a documented or probable date of HIV infection later than their move to, or within, Europe was higher than those with a documented or probable pre-migration infection date, and that this applied to all risk groups, all areas of origin, and both sexes.

One important caveat is that for a large minority of people (in the case of people from sub-Saharan African, as many as 48%) the date of infection could not be established. Another caveat is that this was an internet survey and might favour replies from people with more recent infection. Nonetheless, the findings are striking; in men who have sex with men in particular, the vast majority acquired HIV in their host country rather than in their country of origin.

The aMASE survey is an initiative of Eurocoord – a European Union (EU)-funded network of researchers and clinics who pool patient data contained within four existing European patient cohorts (EuroSIDA, COHERE, CASCADE and PENTA).

Débora Álvarez del Arco told the conference that of approximately 29,000 new diagnoses reported in the EU in 2013, only 57% of people were diagnosed in the country in which they had been born. Of the remainder, 13% came from sub-Saharan Africa, 9% from other counties within Europe, 5% from Latin America and the Caribbean, 4% from north America, Australasia and the Middle East, and 12% were of unknown origin. Half of the countries in the EU and European Economic Area report that some groups of migrants in their country are at increased risk of HIV.

The aMASE survey was designed to see if migrants were at more risk of HIV in their home country or their host country. Computer interviews were conducted between 2013 and 2015 with 2249 migrants living in nine European countries. In order of the number interviewed, most interviewees were living in Spain, the UK, Belgium, Portugal, Greece, Switzerland, the Netherlands, Italy and Germany. They had to have been born elsewhere than the country in which they were living, be over 18, have been diagnosed less than five years ago, and have been in their host country for more than six months.

During the questionnaire, participants where asked when and where they were diagnosed, were asked about HIV risk behaviours before and after migrating, and also gave permission for researchers to contact the clinic where they had been diagnosed – whether in their host country or birth country – and to conduct an independent interview with their clinician to confirm diagnosis and probable date of infection.

Of 1784 respondents with enough data to estimate an infection date, 703 had had an HIV-negative test result within three years prior to testing HIV-positive, while 532 had no data to directly assign place of HIV acquisition but a good estimate could be made on the basis of behavioural data – for instance that the respondent had had sex with men before migrating but not after, or injected drugs after migrating but not before.

On the basis of these data, the respondents were divided into five groups according to their probable infection time. The first group were people where it could not be established whether they had acquired HIV before or after migrating. The second and third groups were people who had, on the basis of diagnosis date, definitely acquired HIV either before they moved, or after. The fourth and fifth were groups who had probably acquired HIV before or after they moved: in these the date of infection was less certain but was narrowed down to before or after moving by reports of risk behaviour, CD4 count or AIDS symptoms, or a reported but not clinically confirmed positive HIV test before moving.

In terms of national origin, 33% came from sub-Saharan Africa, 32% Latin America or the Caribbean, 5% Asia, 4% North America, Australasia or the Middle East, and the other 26% were migrants within Europe: 11% were from western Europe, 10% central and 5% eastern Europe.

In 68% of participants, the date of their HIV diagnosis could be confirmed.

In all national categories and for both sexes, it was estimated that more people had probably acquired HIV in their host country than in their birth country. The area where there was least predominance of host-country infections was sub-Saharan Africa: 22% of people from Africa had probably acquired HIV in their home country, and 31% in their host country, with nearly half (47%) having an infection date that could not be determined.

In the other national categories – who were predominantly men who had sex with men – the difference was much more striking. Sixty-eight per cent of people from Latin America and the Caribbean had probably acquired HIV after migrating, 57% of Asians, 58% of eastern Europeans, 60% of central Europeans and 69% of western Europeans. The proportion of these categories who had probably already been living with HIV when they migrated were 8%, 18%, 12%, 8% and 12% respectively, while in 20-32% the date of infection could not be determined.

Débora Álvarez del Arco told the conference that the figures showed that people from Western Europe and Latin America and the Caribbean had a particularly high probability of acquiring HIV post-migration, as did men who have sex with men. She and audience members called for more research into migrant vulnerability to HIV in the countries to which they migrate.

A journey across two continents and four countries to some of Latin America’s most dangerous places reveals a humanitarian crisis that can no longer be ignored.
Out
6 Apr 21
Migrants, refugees & displaced people

Lambda Legal and Immigration Equality plan to sue the Trump administration over a new policy they say will make it “virtually impossible” for LGBTQ+ or HIV-positive refugees to gain asylum in the U.S.
Advocate
14 Dec 20
Migrants, refugees & displaced people

Australia: People who are ineligible for Medicare to gain access to HIV treatment and care

The Commonwealth Minister for Health, Greg Hunt, has signalled an intention to work with State and Territory Governments to secure a National Partnership Agreement that will give residents of Australia who are living with HIV and ineligible for Medicare, access to HIV treatment and care in 2021. Currently, overseas students, workers, and others on temporary visas must pay full price for their healthcare and to buy the antiretroviral medications they rely on to suppress HIV.
NAPWHA
1 Dec 20
People & personal stories

Memory Sachikonye: A Journey Of Empowerment

Memory Sachikonye, our Admin and Finance Lead, is one of the most inspirational and versatile women we know. From being a newly arrived migrant to a Volunteer of the Year, Memory Sachikonye is a mother, peer mentor, HIV advocate and a professional who was recently promoted to become a part of Positively UK’s Leadership Team.
Positively UK
29 Oct 20
Ethnic & cultural minorities