"Consider" treament in all situations where it is not specifically recommended, guidelines say
Gus Cairns 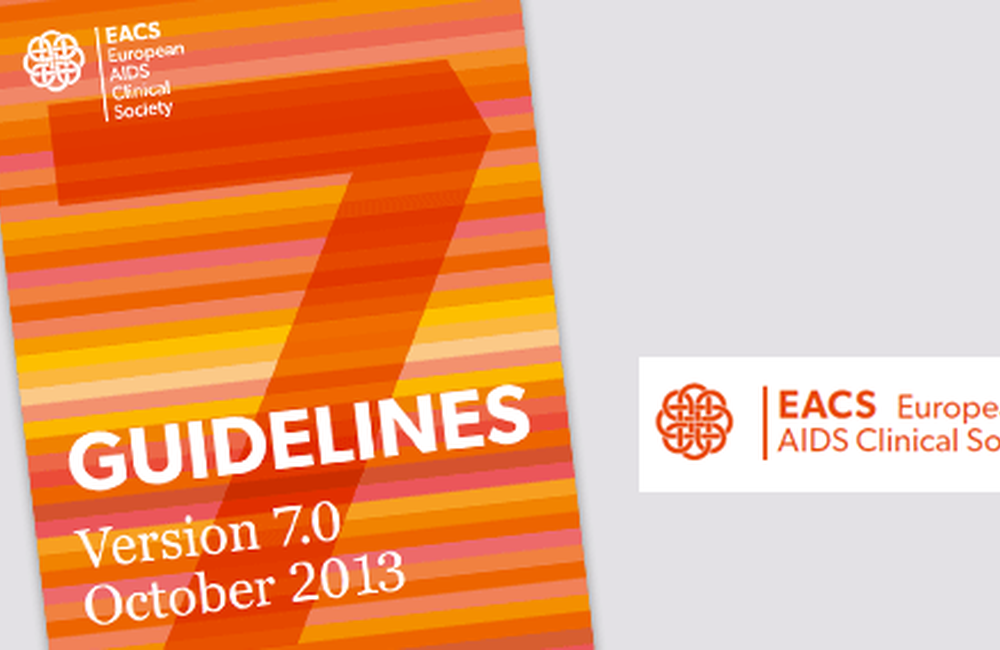 A new edition of the European AIDS Clinical Society (EACS) guidelines for the treatment of HIV, HIV and hepatitis C co-infection, and HIV with other co-morbidities were published in advance of the 14th European AIDS Conference currently meeting in Brussels and were presented and discussed at a special session yesterday.

There are relatively few changes in treatment recommendations in the 2013 edition but, as Nathan Clumeck, chair of the HIV treatment guidelines writing group said, this edition tries to make more explicit what was implicit in previous editions: that for many situations it is more important that physician and patient discuss and consider taking HIV treatment well in advance, rather than the doctor simply prescribing it.

Like the British HIV Association guidelines, the EACS guidelines retain a CD4 cell count threshold of 350 as the criterion for an unequivocal recommendation of antiretroviral therapy (ART). This is in contrast to the French guidelines, which earlier this month adopted a policy of recommending treatment to everyone diagnosed with HIV, and the United States guidelines, which adopted a similar ‘universal test and treat’ policy last year.

The EACS guidelines also recommend treatment should be started in people diagnosed in acute infection; in pregnancy; with a number of co-infections and co-morbidities including tuberculosis (TB) and cancers; and in people with a CD4 count under 500, with hepatitis B and C co-infection (with no CD4 threshold for people with active chronic hepatitis B).

However, the EACS guidelines also expand the list of conditions for which ART should be ‘considered’ to every other category of patient and abolish the ‘defer’ category. They specifically say ART should be considered both “to reduce transmission of HIV” and for “asymptomatic HIV infection”. They also state what they mean by “considered”:

“Use of ART should be considered and actively discussed with the HIV-positive person; under these circumstances, some experts would recommend starting ART whereas others would consider deferral; this clinical equipoise reflects that whereas certain data, such as hypotheses on pathophysiology and chronic immune activation, support starting ART, this needs to be balanced against the risk of known or undiscovered adverse drug reactions from use of ART…The risk/benefit ratio for use of ART under these circumstances has not yet been well defined.”

EACS president Manuel Battegay said that this formulation had been arrived at after considerable discussion, and with a determination that “we would arrive at a consensus”: this is a reference to the US DHHS guidelines, which two years ago were issued with a preface emphasising that the experts had irresolvable differences about the issue of when to start treatment.

Nathan Clumeck said that the guidelines had to balance “individualised treatment with public health”. While there was unequivocal evidence that treatment reduced infectiousness, and some that high levels of treatment  were helping to bring down HIV incidence rates in some areas, he added: “public health is not a thing to discuss with the individual patient”.  Manuel Battegay added that the individualised approach espoused by EACS – which emphasises patient readiness (the guidelines retain a unique algorithm for determining patient readiness to take ART) – had produced some of the highest rates of retention in care and viral suppression anywhere in the world.

However, Jens Lundgren, chair of the co-morbidities writing panel, emphasised that this was very much not the case in some parts of Europe. This is a region of vast disparity in treatment access, and eastern Europe has one of the lowest proportions of people with HIV on ART anywhere in the world. Lundgren said it had been estimated that only 5% of people living with HIV in eastern Europe were diagnosed, in care, on treatment and virally undetectable: considerably less than the 24% in Africa estimated by the last UNAIDS report.

This poverty of access to ART had led to discussion about its use for prevention, and the guidelines arrived at the following formulation to answer activist and physician concerns that using ART for prevention might divert it from people who needed it for treatment:

“Priority should be taken to treat persons with CD4 counts below 350 cells/μL and for persons with higher CD4 counts if they suffer from one of the above-mentioned conditions before placing resources into treatment as prevention.”

The guidelines considerably expand their list of important drug/drug interactions; add a guide to osteopenia and fracture risk; expand the section on managing depression; add a section on sexual and reproductive health; and downgrade the management of dyslipidaemia to the web-only edition of the guidelines “as this is a less important consideration than it used to be”, Clumeck commented.

The other area of considerable change is hepatitis C therapy, but in fact no new drugs have been licensed since telaprevir and boceprevir, which became available shortly before the last guidelines were issued in 2011. The 2013 guidelines recommend HCV triple therapy (one of these two plus pegylated interferon and ribavirin) for everyone with hepatitis C genotype 1 and liver fibrosis of grade of two or above, except for former treatment non-responders with cirrhosis, in which case treatment is likely to do more harm than good. For genotypes 2, 3 and 4, pegylated interferon and ribavirin are still recommended as standard of care.

Hepatitis section chair Jürgen Rockstroh commented that “We have seen some unexpectedly severe side-effects in the first-generation protease inhibitors for hepatitis C”. Jens Lundgren added that “unexpectedly severe side-effects cannot be ruled out for the next generation of hepatitis C drugs either – this is why it was unfortunate that people co-infected with hepatitis C and HIV were not included in the initial clinical trials of these drugs.”