Long-acting antiretrovirals may improve survival for people with poor adherence 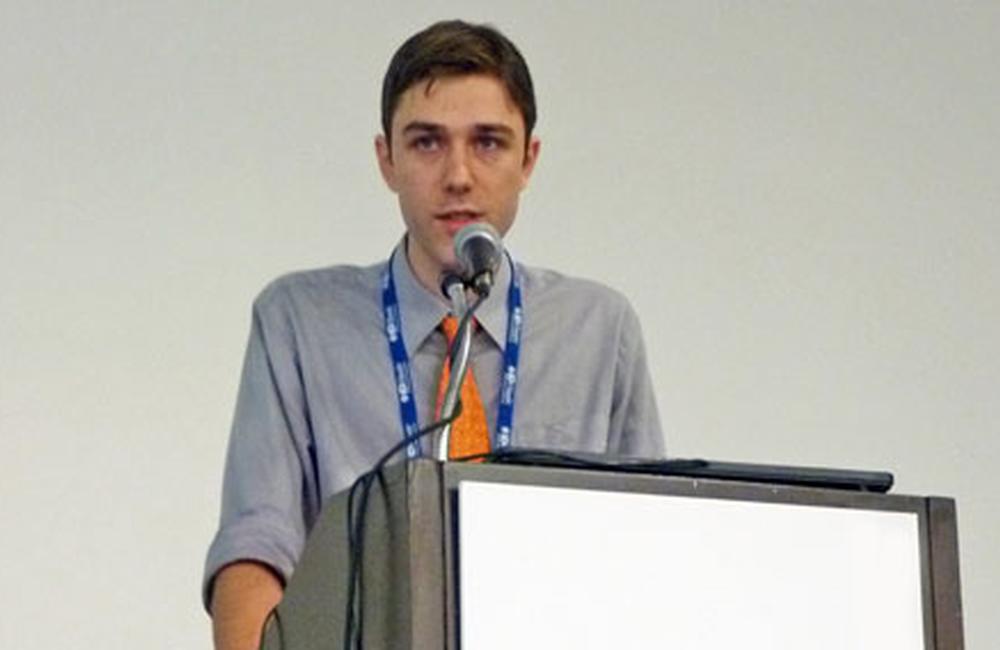 Eric Ross, from Massachusetts General Hospital in Boston, speaking at the ID Week Conference.
This article is more than 9 years old. Click here for more recent articles on this topic

Long-acting antiretroviral formulations taken once-monthly or less have the potential to improve survival and quality of life for people with HIV, especially those who have difficulty achieving good adherence, but cost may be a barrier, according to a presentation at the IDWeek 2013 conference taking place this week in San Francisco.

Long-acting antiretroviral therapy (ART) administered as monthly or quarterly injections may be a more convenient way for some people to receive treatment, which could lead to improved adherence and in turn better viral suppression. Two such formulations, a long-acting version of rilpivirine known as TMC278-LA and the experimental HIV integrase inhibitor GSK1265744, have shown promising pharmacokinetics, safety and antiviral activity in early studies.

Eric Ross from Massachusetts General Hospital in Boston and colleagues used mathematical modelling to predict the impact of long-acting ART on survival and cost-effectiveness for people who have not taken ART before (treatment naive) in four scenarios:

The model assumed a hypothetical cohort of previously untreated people with HIV based on demographic, CD4 cell count and adherence data from published studies. Most (84%) were men, the mean age was 43 years, the baseline CD4 count was 320 cells/mm3 and they maintained 89% adherence on average. The analysis assumed that viral suppression rose linearly with increasing adherence when using daily ART, but that both adherence and suppression remained consistently high when using long-acting injections.

The researchers projected changes in CD4 count, viral load and retention in care over a lifetime. They looked at life expectancy, quality-adjusted life years (QALYs) and cost estimates based on 2012 US price data:

Importantly, they estimated that long-acting ART would cost 85% more than boosted protease inhibitor regimens, based on historical information about relative costs of novel long-acting formulations of drugs for other diseases.

Cost-effectiveness was determined by calculating whether the incremental cost per QALY gained was above or below USD$100,000, a commonly used threshold in the US.

But the cost picture improved when the model took into account adherence. Amongst individuals with very high adherence to daily regimens (as seen in some clinical trial populations), long-acting ART did not significantly improve survival, so it was not cost-effective under any scenario. People with poor adherence to daily therapy, however, could see enough improvement in life expectancy that long-acting ART became feasible.

The researchers calculated that the cost of long-acting ART would have to drop into the $27,000 to $34,000 per year range to become cost-effective for second-line therapy – close to the current price of boosted protease inhibitor regimens.

"Long-acting ART has the potential to improve survival of HIV patients, especially those with barriers to adherence," the investigators concluded. "With a high cost, long-acting ART will be good value when used selectively in poorly adherent patients with multiple failures. With a cost near that of currently available regimens, long-acting ART could be cost-effective as second-line therapy."

The researchers stressed that because survival benefits of long-acting ART could be negligible for highly adherent patient groups, future studies of this strategy "may underestimate its value" if they do not include individuals with barriers to adherence.

They also noted that this model did not incorporate the potential impact of long-acting ART on reducing the risk of HIV transmission, which would likely improve its value.

The historical 85% cost increase for novel long-acting drug formulations is perhaps the most flexible factor in this model. If advocates succeed in demanding lower prices, or if national health programs refuse to pay such a high premium, long-acting ART could become cost-effective for more people.