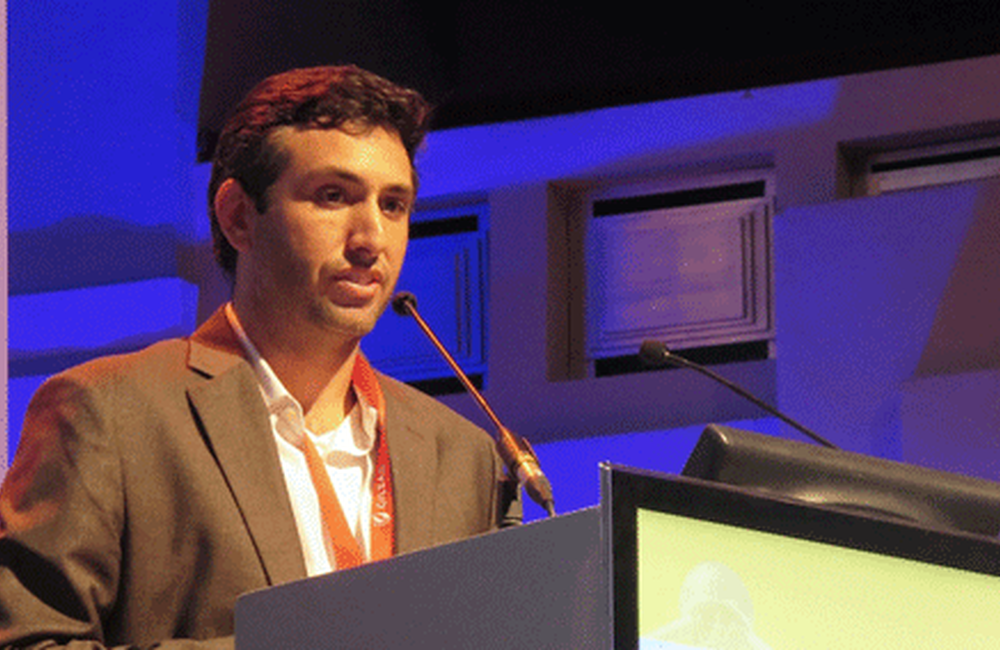 The experimental HIV integrase inhibitor GSK1265744 demonstrated rapid and potent antiviral activity and good tolerability for treatment-naive people in the LATTE study, according to a report at the 14th European AIDS Conference this week in Brussels.

Integrase inhibitors are among the most well tolerated antiretroviral medications. GSK1265744 (or GSK744 for short), being developed by GlaxoSmithKline, is similar to the recently approved dolutegravir. It is being tested both as a once-daily oral drug and as a long-acting injectable that may allow for once-monthly administration. A recently presented analysis of eight studies showed that it is safe with no notable safety concerns.

David Margolis from GlaxoSmithKline and colleagues evaluated the safety, tolerability and efficacy of GSK744 in previously untreated people with HIV.

This analysis included 243 treatment-naive participants. Almost all were men; Margolis explained that the lack of women was in part due to a restriction on use of hormonal contraception since drug interactions with GSK744 are not yet known. A majority of participants (about 60%) were white, about 30% were black and the median age was about 34 years. The median CD4 cell count was approximately 410 cells/mm3 and 16% had high baseline viral load (>100,000 copies/ml). About 5% were co-infected with hepatitis C.

Participants were randomly assigned to receive GSK744 at doses of 10mg, 30mg or 60mg, or 600mg efavirenz, all once daily. They also started on two investigator-selected NRTIs, about 60% taking tenofovir/emtricitabine (Truvada) and 40% taking abacavir/lamivudine (Kivexa).

At 24 weeks, 87% of participants taking GSK744 achieved undetectable viral load (all dose arms combined) compared with 74% of those taking efavirenz in a 'snapshot' analysis. Response was similar with all GSK744 doses (88, 85 and 87%). There was no significant difference according to NRTI backbone.

Virological failure rates in the snapshot analysis were 6% with GSK744 (all arms combined) and 15% with efavirenz. Protocol-defined virological failure – the narrower criteria used to determine who was eligible for the maintenance phase – was uncommon, with six total cases: one in each GSK744 dose arm (2% combined) and three in the efavirenz arm (5%). All these patients underwent genotypic or phenotypic resistance testing and no integrase, NRTI or NNRTI mutations were detected.

People taking GSK744 were about half as likely to withdraw from the study as those taking efavirenz (12 vs 26%), with no notable differences across GSK744 dose groups. This was mainly driven by a significantly lower dropout rate due to adverse events amongst GSK744 recipients (2 vs 11%, respectively).

Laboratory abnormalities occurred with similar frequency amongst GSK744 and efavirenz recipients overall. However, abnormalities were more common with the highest GSK744 dose. One-quarter of people in the 60mg group developed ALT liver enzyme elevations; these were usually mild, but there were two transient grade 4 (severe) elevations in people with pre-existing liver disease. Lipase elevation occurred in 8% in this arm but there were no cases of pancreatitis.

"Oral [GSK744] administered once daily with two NRTIs was associated with a good treatment response," the researchers concluded.

Based on these findings the 30mg GSK744 dose was selected. The maintenance phase of LATTE testing GSK744 plus rilpivirine maintenance therapy is currently underway. Results from that part of the trial will prepare the way for a phase 2b study of combined long-acting injectable formulations of both drugs, which may one day be used as monthly maintenance therapy or pre-exposure prophylaxis (PrEP).