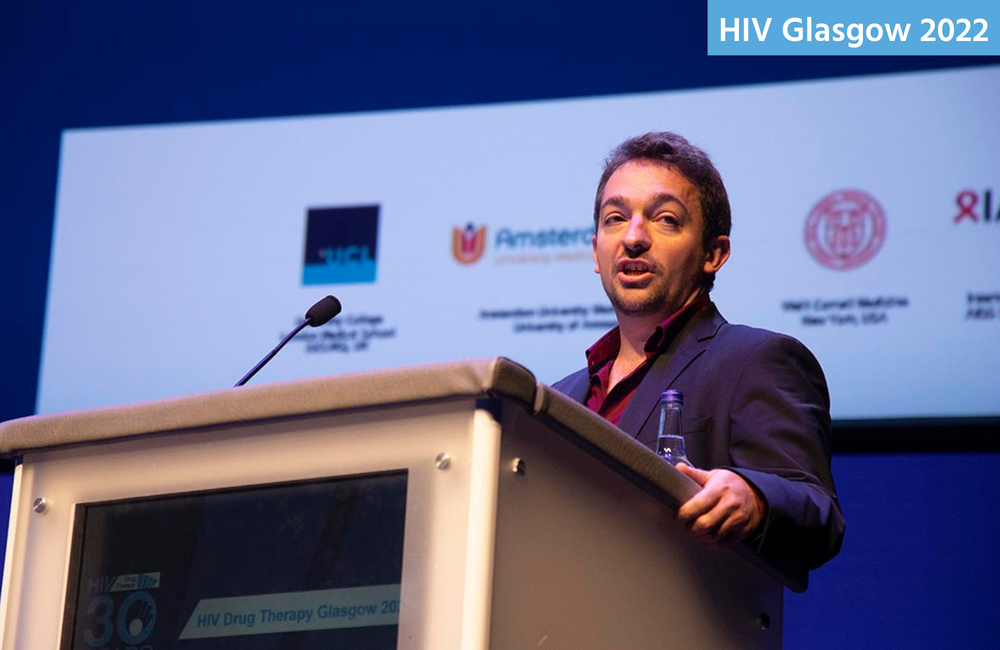 A scoring system that can identify which older people with HIV have a poorer prognosis is just as accurate in Swiss people with HIV as in the French population, according to results of a Swiss study presented at the International Congress on Drug Therapy in HIV Infection (HIV Glasgow) last week.

Identifying which people with HIV have a higher risk of poor survival is important for prioritising clinical interventions, as well as for highlighting preventive measures that are likely to have a greater impact on improving life expectancy in older people with HIV. The scoring system can also provide reassurance to those with lower scores.

Dr Maxime Hentzien and French colleagues developed the Dat’AIDS scoring system by looking at the health outcomes of 1583 people with HIV aged 60 and over, followed from 2008 to 2013.

The study looked for risk factors associated with an increased risk of death and developed a scoring system based on the extent to which any specific factor increased the risk of death.

The study identified eight factors associated with the risk of death:

A low score (0-3) was associated with a 95% probability of survival after five years of follow-up in people with HIV over 60. A low score was only possible for people under the age of 75, with CD4 counts above 200, kidney function in the normal range and no other risk factors.

The score was developed in a French cohort, but it was unclear if the results could be reproduced in another European population. To test the scoring system, Hentzien worked with the Swiss HIV Cohort to evaluate the predictive reliability of the scoring system in all cohort members aged 60 or over between 2015 and 2020. They identified 2205 people eligible for inclusion in the analysis.

The participants eligible for inclusion were predominantly male (81%) and evenly divided between gay and bisexual men (46%) and heterosexuals (40%). Almost all were taking antiretroviral treatment (96%), 92% had a viral load below 50 and the median CD4 count was high (586). Four per cent had a CD4 count below 200.

A total of 154 deaths occurred during 7147 person-years of follow-up. The median score among participants was 3 and the outcomes predicted by the scoring system showed very good concordance with observed mortality.

Among the 1191 low-risk participants, the median score was 0 and 5-year predicted survival (95%) matched the observed probability of survival (96%).

Among the 776 moderate-risk participants, the median score was 8, the 5-year predicted survival was 90% and the observed probability of survival was 89%.

Among the 154 high-risk participants, the median score was 16, the 5-year predicted survival was 77% and the observed probability of survival was 75%.

Among the 84 very high-risk participants, the median score was 23, the 5-year predicted survival was 55% and the observed probability of survival was 65%.

The study investigators say that their results cannot be applied outside a European context. They are still working on comparisons with another predictive scale, the VACS scoring system, to check whether their scoring system is sufficiently accurate. They also want to look at the validity of scale in people with HIV under 60 years old, and to assess whether the scale can be used to predict quality of life or negative geriatric outcomes such as frailty.