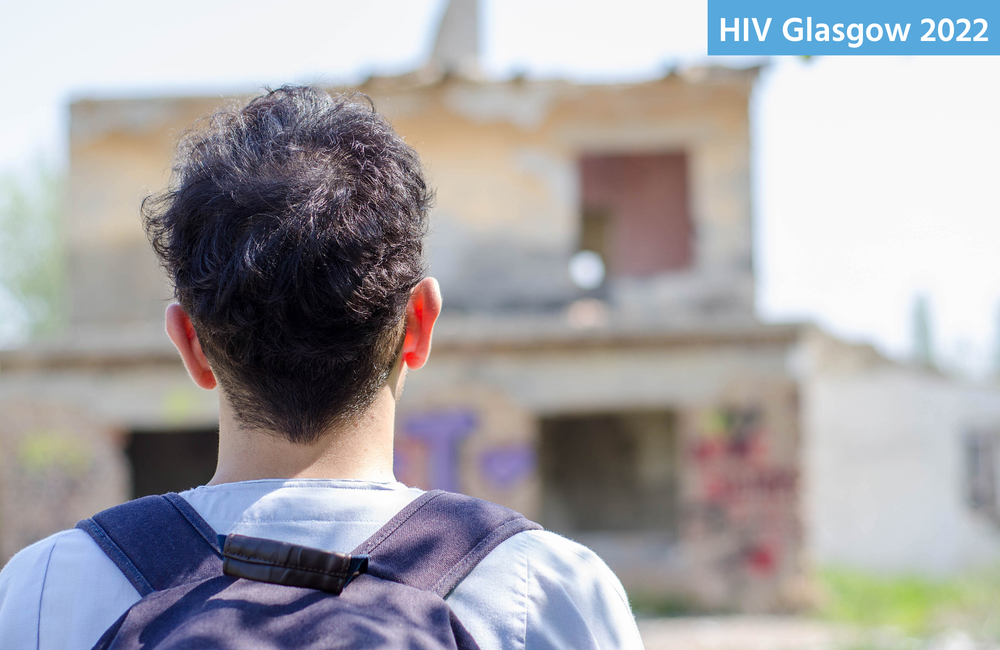 At least 38% of gay and bisexual male migrants living with HIV had acquired HIV after moving to France, according to data from clinics in the Paris region presented at the International Congress on Drug Therapy in HIV Infection (HIV Glasgow) last week.

In France, gay and bisexual men born abroad have higher prevalence of HIV, a higher rate of new infections, and are more likely to remain undiagnosed. They are also highly concentrated in the Paris region.

The ANRS-MIE Ganymede study was designed to investigate whether gay and bisexual men born abroad acquired HIV before or after emigrating to France. The study recruited a random sample of 997 gay and bisexual men born abroad, receiving HIV care in the Paris region. Twenty-eight per cent came from Latin America and the Caribbean, 17% from Europe, 17% from north Africa and 14% from sub-Saharan Africa.

Participants had a median age of 27 years. The vast majority (83%) had migrated after the age of 15, most commonly to study, for reasons related to their sexual orientation or to discover another country. Economic reasons for migration were less common.

Of 829 participants who came to France after the age of 15, at least 38% acquired HIV after migration. If participants who came to France before the age of 15 were included, the proportion who acquired HIV after migration increased to 48%. In 27% of cases, it proved impossible to determine when HIV infection might have occurred.

HIV acquisition after arrival in France was more common in men from north Africa (73%), Asia and Oceania (61%) and sub-Saharan Africa (53%) than in men from Europe (47%) or Latin America and the Caribbean (39%).

Looking at various indicators of social integration, the researchers found that participants who had acquired HIV before migration were more likely to be unemployed, to be seeking asylum or have undocumented migrant status and to lack entitlement to health care.

Among those who migrated after the age of 15, one in four had no residence permit, 12% had no health coverage, 27% were unemployed and 45% lacked their own housing.

The individual stories of migrant women are essential in understanding if HIV healthcare strategies and programmes are working.
The Conversation
30 Nov 22
PrEP programmes & uptake

Vadym is one of an estimated 14 million people who have had to flee their homes in search of safety due to the war in Ukraine. Now in the city of Lviv in the west of the country, safety and stability are still out of reach.
The Global Fund
29 Nov 22
Migrants, refugees & displaced people

The authors aimed to assess the needs of refugees and foreign nationals living with HIV in the Russian Federation who are in a difficult situation due to the military operation, in particular their need for medical and other care, as well as their level of access to required services or to receive care.
Regional Expert Group on Migration and Health
28 Nov 22
Health services & systems

Climate change and HIV: what do we know so far?