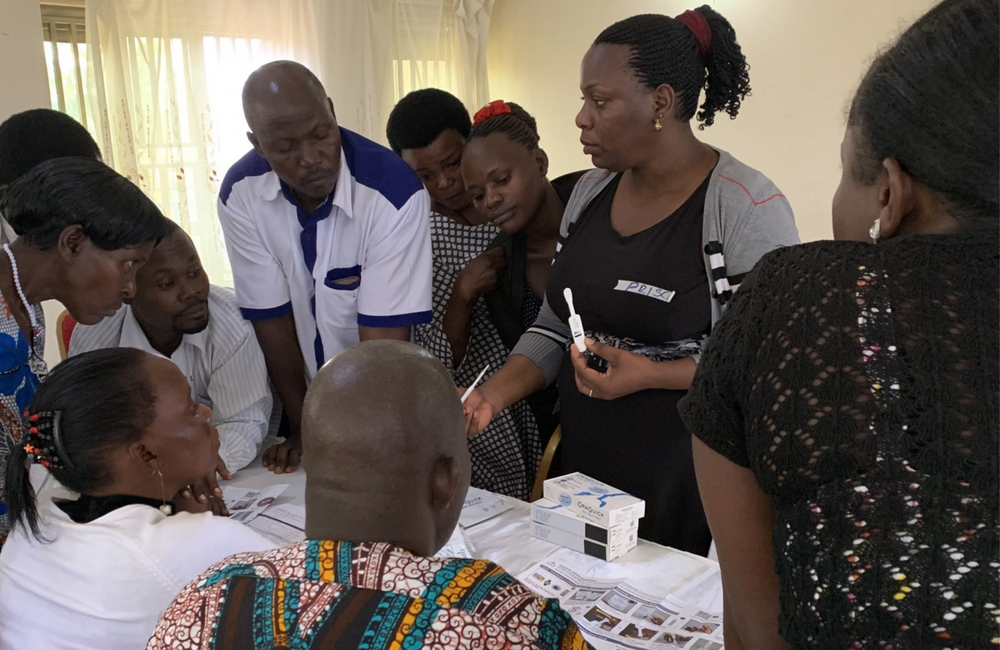 Ugandans in rural areas are four times more likely to access HIV testing when it is offered by a traditional healer according to a report in The Lancet Global Health from Dr Radhika Sundararajan of Weill Cornell Medicine and colleagues. The Ugandan research showed that people in rural areas had easier access to traditional healers, than HIV clinics, and more faith that confidentiality would be maintained. The randomised study is the first of its kind and shows the value of community-based collaborations with local healers.

HIV testing rates are especially low among men and people living in rural areas across Africa. In Uganda, HIV tests and treatment are free but other barriers persist, including the time, financial costs and stigma associated with accessing HIV clinics. Some of these barriers have been eased through mobile clinics and with self-testing, however these services may not suit everyone.

In Uganda and many other African nations, traditional healers have been part of the fabric of community-based healthcare since the pre-colonial period and the introduction of what may be considered ‘western’ medicine. In Uganda, traditional healers are licensed and typically offer one of four main types of care: herbal medicine, spiritual healing, perinatal care and treatment for fractured bones.

Traditional healers may be the first to see people with a range of health issues, including undiagnosed HIV. If healers are not aware of the possible symptoms of undiagnosed HIV, they may not consider HIV testing or may consider different interventions before referring for testing, thus delaying access to HIV care.

The cluster-randomised trial had two goals. The main goal was to ascertain how many individuals would take an HIV test (when offered by a traditional healer in the intervention group) or visit a clinic for a test (when suggested by a traditional healer in the control group). The other goal was to learn how many individuals who tested positive for HIV would link into HIV care. All participants took part in a survey and some were interviewed.

All traditional healers participating in the study were operating within Mbarara, a rural part of western Uganda. HIV prevalence is 7.9% in Mbarara, higher than the national prevalence of 5.7%.

Over half (65%) of the traditional healers were male. They were aged between 35 and 52 years-old. Just over a quarter (29%) had only attended primary school or not attended school at all. They were birth attendants (2), bonesetters (4), herbalists (5) and spiritualists (6).

Both groups received a one-day HIV education session about HIV transmission, antiretroviral therapy and HIV testing guidelines. The intervention group was given additional training on the importance of voluntary HIV testing, pre-testing and post-testing counselling. The control group was advised on the process to refer individuals for HIV testing at a clinic.

A total of 500 clients were included in the study. They could take part in the study if they were receiving care from one of the participating traditional healers, were sexually active and had not had an HIV test in the last year.

Most clients were aged between 23 and 39 years-old. Just over half (56%) were female. The average length of time since their last HIV test ranged between 19 and 46 months. The majority (91%) identified as Christian. On average clients reported a monthly household income of 100,000 Ugandan shillings (approximately £21).

250 clients were involved in each group. Through the exit survey, the researchers found that all (100%) in the intervention group received an HIV test, whereas 57 (23%) in the control group did.

Of the 193 control group clients who did not receive an HIV test, 150 (78%) mentioned time constraints and 135 (70%) financial constraints as barriers to access.

No new HIV cases were identified in the control group.

Understanding why traditional healers are so effective

Prior to the randomised study, the researchers interviewed traditional healers (22 in total), clients (22) and HIV clinical staff (12) in Mbarara. The HIV clinic staff interviewed consisted of 5 (42%) females and their median age was 36 years-old. The clinical staff included laboratory staff, counsellors, nurses and physicians.

All interviewees were asked about the role of traditional healers in increasing HIV testing.

Participants believed that HIV testing would be more convenient and confidential if provided by a traditional healer:

“It will also be good for the patient [to test here] since they don’t have to go through the hassle of going to the health facility for testing, because that means more expenses, transport, time wasting, et cetera.” - Traditional healer, male 66 years-old

Some participants recognised that being tested close to home may not be favourable by everyone:

“Local people may not be comfortable being tested by their own people.”—HIV clinic worker, Male 48 years old

“I think if he [the healer] is provided with all that he needs for testing, and knowledge on how to do counselling, they [healers] can really help us a lot.” - HIV clinic worker, female 31 years-old

The study was conducted with healers who work in close proximity to the district HIV clinic and supported more than seven clients a week. These findings may not be generalisable to traditional healers working at some distance from an HIV clinic or working with small numbers of clients. There are also likely to be differences in the role and attitudes of healers in different African countries.

Alongside access to testing, access to HIV care must be considered. Previous studies have shown that biomedical healthcare providers do not accept referrals from traditional healers, which would need to be addressed in order to access treatment. Moreover, clients may anticipate confidentiality when approaching a traditional healer, but may worry about being seen at an HIV clinic, which may be a barrier to engaging in care.

The study shows that healers can increase the rates of HIV testing among rural communities, highlighting the potential for traditional and biomedicine collaborations. This may serve to engage men who are typically less aware of their HIV status.

“Traditional medicine has been described as a “bottleneck” in the HIV cascade, delaying testing and entrance into services. Our intervention shows a means to shift the role of healers from bottlenecks to bottle-openers,” say the authors.