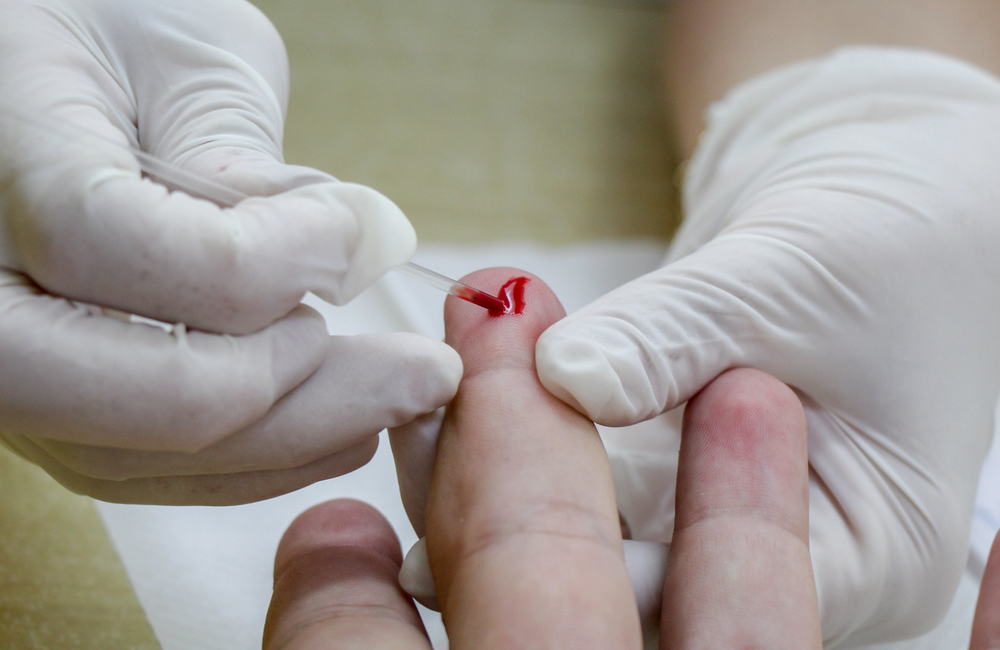 England has made substantial progress towards eliminating HIV by 2030, with the proportion of people living with HIV who are diagnosed around 94%, and the prevalence of undiagnosed HIV halving between 2013 and 2019.

However, there are still some groups – such as heterosexuals who are not Black African and those living outside of London – who require more tailored and targeted HIV prevention and testing interventions. This research was carried out by Dr Anne Presanis from the University of Cambridge together with colleagues from Public Health England and published in the The Lancet Public Health last month.

Currently, the country is on track to achieve the first of the newer 95-95-95 targets before 2025. However, to successfully eliminate all HIV transmission by 2025, accurate estimates of groups with undiagnosed HIV in the population are required in order to accurately target HIV testing interventions.

Drawing on multiple and varied sources of official and survey data, the researchers synthesised evidence related to the size of England’s population between 2013 to 2016 and HIV prevalence estimates. The population was segmented into different sub-groups according to their risk of exposure to HIV (men who have sex with men or MSM, Black African heterosexuals, heterosexuals of other ethnicities and people who inject drugs), sexual health clinic attendees versus non-attendees and those living in London and outside London.

Based on this evidence and mathematical modelling, the researchers provide estimates of undiagnosed HIV in England between 2013 and 2019. These estimates both build upon and provide more granular detail than those appearing in Public Health England’s annual surveillance reports.

However, estimates show that this target was not reached for heterosexuals of other ethnicities living outside of London (who were clinic attendees) until 2019.

The burden of both diagnosed and undiagnosed HIV became concentrated in the 45-to-59-year age group, as the number of people living with HIV in this age group steadily increased between 2013 and 2019.

This decreasing pattern of undiagnosed HIV between 2013 and 2019 was reflected by the following reductions in the absolute numbers of undiagnosed infections and prevalence for each subgroup:

Decreases were generally greater for those living in London compared to those living outside London. As expected, the chances of a decrease in undiagnosed HIV were higher for sexual health clinic attendees than for people who did not attend clinics.

Despite small absolute numbers, the undiagnosed prevalence of HIV among people who inject drugs remained seven times higher than that of all heterosexuals in 2019.

For all heterosexuals, trends in undiagnosed HIV were similar for men and women. However, among those attending a clinic, consistently more Black African women than men remained undiagnosed between 2013 and 2019.

Among heterosexuals who were not Black African, undiagnosed prevalence among clinic attendees in 2019 was estimated to be 30 times greater than in those who had not attended in the past year. Thus, many opportunities to test clinic attendees who are not viewed as a risk group for HIV – or who do not see themselves as at risk – are being missed.

Honing in on undiagnosed HIV among heterosexuals who are not Black African, the authors conclude by stating: “Diagnosing HIV infections in heterosexuals of other ethnic groups, especially outside of London, is particularly challenging, whether or not they attend a clinic; the large population and low undiagnosed prevalence imply that in general, members of this group might have no particular reason to consider themselves at risk of HIV, so finding and encouraging those who are at risk to attend and test is not simple. If clinic attendees living with HIV increasingly are diagnosed, and improved partner notification is used to accelerate reduction of the undiagnosed fraction of the wider population, the prospect of eliminating HIV transmission becomes increasingly likely.”

In order to reach established goals in reducing HIV infection in the US, access to HIV services must be improved for men who have sex with men (MSM) but especially Black, Hispanic/Latino and younger MSM, according to a recent Morbidity and Mortality Weekly Report (MMWR).
Contagion Live
10 Jan 22
Transgender people

The meta-study analyzed data from 98 existing studies conducted in 34 nations from January 2000 to January 2019. It concluded that 19.9% of trans feminine individuals were HIV positive, as were 2.56% of transmasculine people.
Medical News Today
13 Dec 21
Economic & social inequality

In Africa, there are over 500 scientists working in 30 countries involved in sequencing, according to the South Africa-based Human Heredity and Health in Africa (H3Africa) initiative, which aims to create and support a pan-continental network of laboratories conducting research in genomic sciences. But the continent lags far behind the rest of the world when it comes to sequencing, said Dr Matshidiso Moeti, WHO Regional Director for Africa. “Only 1 per cent of over 3 million Covid-19 sequences conducted worldwide occur in Africa,” she said in September.
Evening Standard
2 Dec 21
More editors' picks