“We forget that we're human. We are. We are human beings”: long-term HIV survivors living on society’s margins 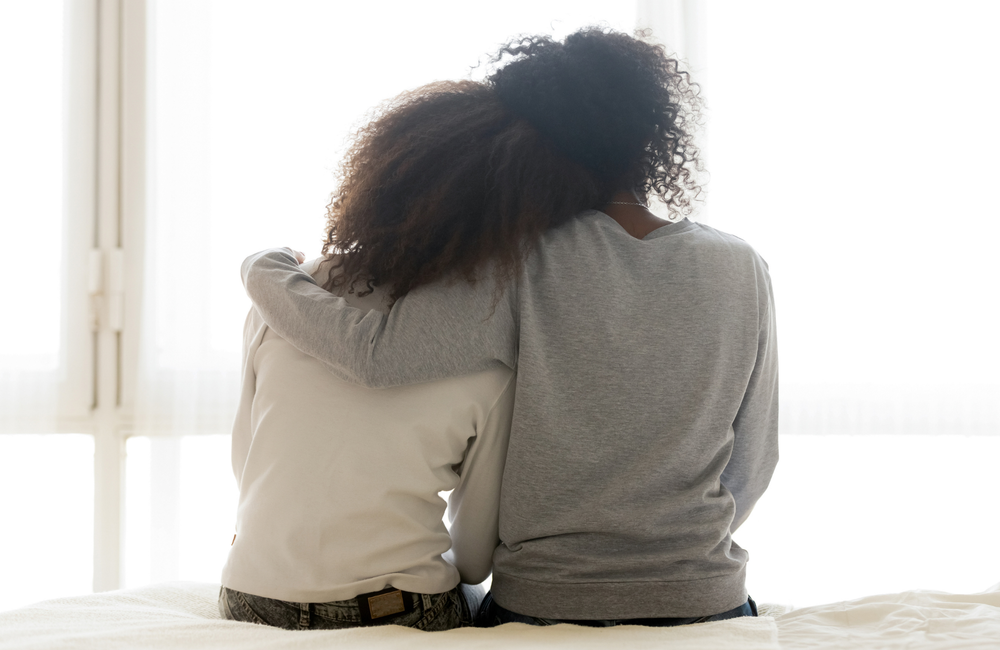 Black and Latinx people living with HIV and in poverty in New York City describe how their sense of self-worth is diminished over time and they become increasingly socially isolated as a result of the multiple challenges resulting from intersecting forms of stigma, discrimination and structural barriers related to HIV, poverty and substance use.

These challenges contribute towards disengagement from HIV care and lapses in medication adherence while many people develop resilience in response to adversity, according to qualitative research published in the International Journal for Equity in Health by Dr Robert Freeman and colleagues at New York University.

Despite biomedical advances that have resulted in greater life expectancy for those living with HIV, large inequalities still exist in terms of the distribution of these benefits in the United States. Black and Latinx people disproportionately carry the burden of new HIV infections in the US, have longer delays between diagnosis of HIV and starting antiretroviral therapy (ART), have more challenges with adherence, and are therefore less likely to achieve and sustain viral suppression when compared to White counterparts. Living in poverty exacerbates the challenges associated with HIV care engagement, while factors such as stigma, substance use and mental health challenges result in further barriers.

In-depth semi-structured interviews were conducted with 59 Black and Latinx people living with HIV in New York City from 2017-2019.  They had lived with HIV for 20 years on average (ranging from 3-33 years) and ranged in age from 23-69; over three-quarters were non-Hispanic Black; 71% were male and all were of a low socioeconomic status.

Many years of hardship

The authors described the participants’ experiences through the lens of symbolic violence. Symbolic violence is a non-physical form of violence that is directed towards marginalised groups in society through processes, actions and words that emphasise and exacerbate their marginal status.

Examples of this were frequent in the lives of the participants and included language (for example, how words like addict or AIDS are used), dismissive healthcare workers, substandard housing, neglect, outright discrimination and the indignities of incarceration. This symbolic violence is internalised over time, resulting in feeling devalued and dehumanised and leading to a gradual decrease in self-worth.

Participants expressed a feeling of being ground down over time dealing with hardships.

Often, this affected their will to live and their ability to remain adherent to ART and to manage their health, as these interviewees explained:

“Yeah, so you know during my incarceration you know with the stigma of HIV, AIDS, you know, and you have to go to what’s called pill line to get your medicine. So then you know you got people [asking] what’s wrong with him?... So from that point on I felt like a monster who needs to be in a cage. You know and then every time I take that medicine it was like a constant reminder. All those feelings come back every time I take those pills, so that’s kind of why I’ve had a problem taking them.” – Black man, 52, living with HIV for 15 years.

“Money was hard, so people pay for [HIV] meds, and I needed money. Sometimes I needed the money not so much for recreational use, for drugs or nothing, sometimes I just needed money for food. Or some things I needed in the house, toiletries. So I just said, hey, [I miss a month of ART], I just sell a bottle, hey. Sometimes it’s because I just give up, I’m depressed. Sometimes I lay there and – the medicine’s right there and I just don’t get up and take it…” – Black man, 47, living with HIV for 16 years.

“I lost my purpose to live. That was my reason for struggling with the whole thing [HIV care and ART adherence].... But [even] now I’m stuck with this stigma of either I’m gay or I’m strung out on crack or something like that, and I get treated as such.” – Black man, 52, living with HIV for 12 years.

Participants avoided social interactions with family, friends and health and social care workers as a way of managing the stigma and discrimination that accompany HIV and poverty. Participants spoke of social isolation as a strategy to avoid disclosure of their HIV status and anticipated stigma. Often, social isolation and substance use formed a vicious cycle that would prevent participants from engaging in HIV care and deprive them of much-needed social support and empathy.

“That made them feel small, very small. They were inviting me over to come eat, and I wouldn't even go.... Because I didn't feel like being stereotyped. I didn't feel like you running behind me every time I go to use the bathroom. [Crying] I didn't want to deal with that at all, so I just stayed away from them.” – Black man, 41, living with HIV for 11 years.

Complexities of engaging in HIV care

The intersection of HIV-related stigma, poverty, and other forms of marginalisation, such as racism, often came to the fore when participants talked about engagement with HIV care. They described instances of overt discrimination, stereotyping and apathy from providers.

"Participants’ ambivalence and distrust of healthcare institutions was similar to their feelings about other organisations which subjected them to surveillance."

Interactions with healthcare providers were often a source of distress for participants and ultimately contributed towards medical mistrust, a diminished sense of self and avoidance of these interactions. Symbolic violence was often enacted verbally and non-verbally in these interactions.

“Finding the right doctor without being judged, without being discriminated against [is challenging]. I was going through several different doctors to get HIV under control, and the first thing they thought – okay, he's positive, he's Black, he had to get it from sex, and I didn't get it through sex.... No, I'm not a streetwalker. No, I'm not a call girl or a prostitute – nothing like that…” – Black man, 41, living with HIV for 11 years.

“They'd just rather you die. So the care was not accessible or – to me my experience was bigoted.... I had a little fight left in me, so I decided to go to [another clinic]... They just [communicated to me], you're not important…” – Black woman, 41, living with HIV for 14 years.

Participants’ ambivalence and distrust of healthcare institutions was similar to their feelings about other organisations which subjected them to surveillance, in relation to incarceration, parole, court-mandated substance use treatment, child protective services and so forth. In certain instances, participants would choose to avoid healthcare visits as a way of asserting autonomy and resisting interference in their lives.

“They would use my medicine as a carrot. They would make me jump through hoops and do all sorts of types of things in order to get medicated, and I didn't feel that I wanted to go through that.” – Black man, 37, living with HIV for three years.

Consistent with medical providers’ views, many participants framed adherence to ART and viral suppression as markers of success, while lapses in adherence and engagement with care were viewed as personal failures, rather than being the consequences of numerous systematic barriers and lack of support. Thus, participants tended to internalise the stigma they experienced and engaged in self-blaming. Often, they did not celebrate their ability to overcome obstacles.

"Lapses in adherence and engagement with care were viewed as personal failures, rather than being the consequences of systematic barriers."

“But I’ll tell you one thing. I’ll get tired of taking this medication because right now I’m in crisis… Because it’s been a battle, man.” – Black man, 61, living with HIV for 21 years.

“I want to take my meds. I know and hear the importance of taking your meds. It’s already proven that without meds I become very ill…Right, but the biggest problem right now is money, right. And sometimes you say you just don’t feel like taking [the meds].” – Latina woman, 33, living with HIV for 10 years.

“I would make them [doctor’s appointments] but then I would break them because there was just so much going on. And then I’d get to drinking because I’m frustrated and [when I am] drinking I would just be like, oh, well, fuck it.” – Black man, 50, living with HIV for 15 years.

Despite the hardships described, some participants found ways of being resilient – either through resisting stigma and discrimination or through the support of caring and empathic healthcare providers. Resilience worked as a means of counterbalancing numerous challenges and often contributed towards engagement in care, taking ART and better health outcomes. It took a substantial amount of effort for participants to resist systemic barriers and discrimination and in many instances, achievements and successes were not as apparent to participants as their ‘failures’.

“She was an excellent doctor, and very open and very understanding…  Not stigmatizing.… So, she was very, proactive – telling me, well, the same routine that you do your street drugs, I would like you to take these HIV meds. So, that kind of clicked in and that made me adherent.”

The authors conclude by proposing multi-level policy changes in order to remedy some of the findings of their study. This begins with viewing poverty and stigma as fundamental causes of HIV-related health and other social inequalities.

“Health and health disparities are embedded in larger historical, geographic, sociocultural, economic, and political contexts,” they say. “Thus, changes in a broad range of public policies, including those outside traditional health policy, are likely to be central to effectively addressing racial/ethnic inequities such as those in HIV.”

Despite the increasing availability of adolescent-friendly services, adolescents face barriers to antiretroviral treatment (ART) adherence.
Be In The Know
2 Aug 22
HIV treatment

About 500,000 people living with HIV in Mozambique have abandoned anti-retroviral treatment in the last two years, which is an estimated 25 per cent of all HIV-positive people in the country.
AllAfrica
29 Jul 22
Combatting stigma

The study will be the first of its kind in Europe, gathering data at a national level both from people living with HIV and healthcare professionals.
Gay Community News
18 Jul 22
More editors' picks