Reaching the men: who are the partners of the young women with HIV in South Africa? 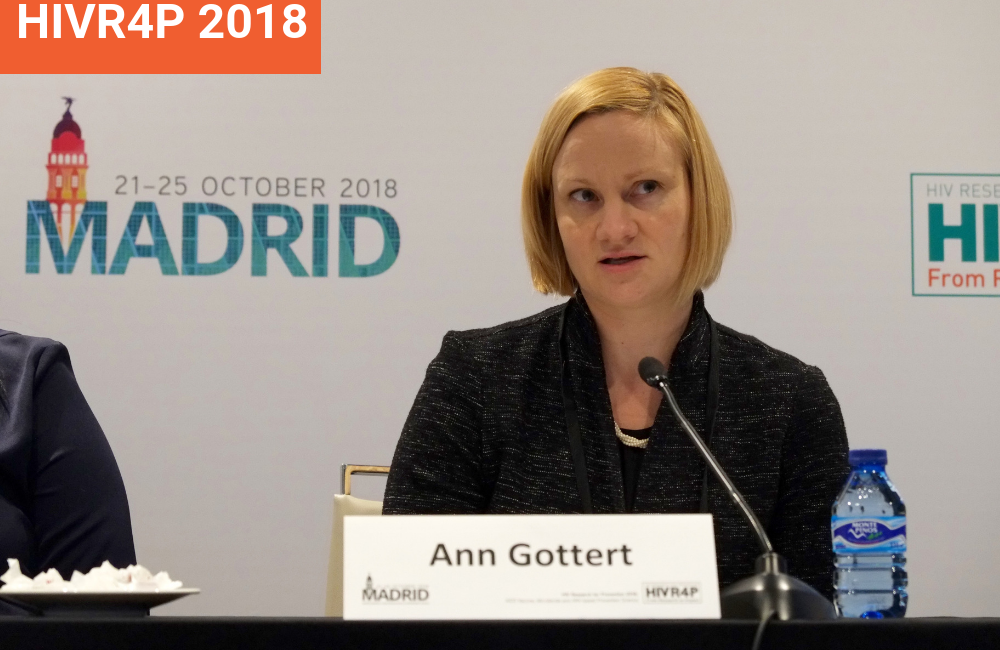 In the high-prevalence countries of southern Africa, young women under 25 bear the brunt of the epidemic, with continued high rates of HIV infection. So much so, that epidemiologists at the HIV Research for Prevention Conference (HIVR4P 2018) in Madrid were referring to them with another acronym to join MSM (men who have sex with men), PWID (people who inject drugs), FSW (female sex workers) etc. This was AGYW, for adolescent girls and young women, and numerous interventions from incentives to stay in school to pre-exposure prophylaxis (PrEP) have been developed to try to reduce their vulnerability to HIV.

Far less well researched and engaged, however, has been the source of that vulnerability – their male partners, some of whom, often unwittingly, infect them. Research by the American non-governmental organisation the Population Council is setting out to characterise them. A series of studies have already been published, with a further analysis presented at HIVR4P.

African heterosexual men are themselves vulnerable to HIV infection and may subsequently be involved in HIV transmission. “They test for HIV less often," Ann Gottert of the Population Council told the conference. "While male HIV prevalence is lower, they have lower rates of viral suppression. And they have higher rates of morbidity and mortality than women.”

One often-repeated idea about men is not true, however, she said. They are not ‘Hard to Reach’.

This study engaged 962 men aged 20 to 40 in and around Durban in South Africa who identified themselves as sexual partners of AGYW, i.e. at least some of their partners were under 25. They found 649 in Durban’s hinterland of informal settlements – shantytowns – and another 313 via HIV services, including clinics, workplace testing initiative and self-testing programmes.

The researchers interviewed men at the places they gathered – at drinking establishments both formal and informal, at taxi ranks, in schools and on university campuses.

The men’s median age was 28 and a high proportion were unemployed (39%). Of the remainder most had regular work, including 25% who were taxi drivers, reflecting the recruitment locations. They had a reasonable level of education, with 77% having finished high school, though only 5% were businessmen. As is common in South Africa, only 17% were married – but 44% supported four or more other people with their income.

Men had their own vulnerabilities, especially exposure to violence. Fifty-nine per cent had witnessed an armed attack and 39% had been personally robbed at gun- or knife-point. Over three-quarters had been beaten as children and 22%, as another measure of domestic violence, had seen their mother being beaten.

Five per cent had severe depression, as measured by standard questionnaires, and 26% moderate, with only 22% describing no depressive symptoms. More than half drank alcohol to excess, though the distribution was bipolar here, most of the rest said they did not drink at all, and only 11% were moderate drinkers.

Three-quarters had had a female partner under 25 in the last year, and on average their partners were about five years younger than them. However, a subset – about 13% of men – preferred considerably younger partners, averaging ten years younger than them. Many men had older female partners too, with 54% also having sex with women over 25. This ‘age mixing’ sets the ideal conditions for continued high HIV incidence in the community, as men may acquire HIV from older women then pass it on to younger partners.

Only a third of men were regular condom users, though 61% were circumcised. Just over half (55%) had been circumcised when younger but the other 45% had had it through a VMMC (voluntary medical male circumcision) scheme as an adult, 15% in the last year. Fifty-six per cent said they knew their most recent partner’s HIV status. Twelve per cent admitted having been violent to their partners and 4% forcing sex on them.

Nearly half (44%) said there was an element of transactional sex in their relationship, with money of gifts keeping it going.

The above factors are all associated positively or negatively with HIV positivity in one or both partners. When considering the variable most strongly associated with HIV transmission – the number of partners in the last year – this was influenced by both advantages and vulnerabilities in the men. On the one hand, those employed and with better educations had more partners, probably because of opportunity and spending power. On the other hand, being involved in violence as adult or child, alcohol abuse and mild or moderate depression were also associated with more sexual partners. Other factors such as age did not influence the number of partners.

HIV testing rates were actually quite high. To avoid bias, only the men not recruited via HIV projects were asked about testing. Ninety-two per cent had tested at least once and 64% in the last year. Unemployed men had higher rates of testing than men who had jobs. Workplace testing initiatives were best at reaching employed men (home based testing was good at reaching unemployed men) and Ann Gottert recommended that more employers set up HIV testing facilities for employees.

Of all the 642 men, 84 (8.9%) said they had HIV – which is roughly half the national prevalence of HIV in South African men aged 28. Of these, a high proportion was on antiretroviral therapy (ART) (87%). Almost all (97% of HIV-positive and 93% of HIV-negative) men agreed that ART “helps a person with HIV stay healthy and live longer.”

Unfortunately, this appeared to be the limit of many men’s medical knowledge. Half had had a viral load test, but 38% said they didn’t know if they’d had one or not and only 19% said they knew they had an undetectable viral load – even though 49% of HIV-negative respondents, and slightly more of the positive men (55%) knew that “Taking ART can reduce the risk of transmitting the virus to another person.”

Fewer were aware of PrEP, with only a quarter of HIV-negative men saying they had heard that “There are some special drugs an HIV negative-person can take to help avoid getting the virus from an HIV-positive partner.”

And while only 13% had had an interruption of ART for more than a month, 65% of HIV-negative men and, worryingly, 77% of positive men agreed that “taking breaks from ART makes it work better in the long term.”

Ann Gottert saw some seeds of hope in this. “Improving men’s low treatment literacy may be an opportunity to support routine testing and early treatment.” One such treatment literacy scheme is the MenStar Coalition, launched at the Amsterdam International AIDS Conference in July by Sir Elton John.

Gottert A. Male Partners of Adolescent Girls and Young Women (AGYW) in Durban, South Africa: How High Is Their HIV Risk and What Groups Are Most at Risk? HIV Research for Prevention Conference (HIVR4P 2018), Madrid, October 2018, abstract OA10.01.

Interviews with heterosexual couples in Tanzania suggest that pairs often make decisions about HIV-prevention together and that working with both partners could increase PrEP and ART access.
Avert
24 May 21
Retention & linkage to care

We have designed a prototype training programme for sex worker clients in South Africa. We offer suggestions for interventions that include and target clients to foster safer, healthier, and more respectful sex work engagements
The Conversation
26 Mar 21
Heterosexual men

“The facility, the first of its kind in the Cape metro, aims to empower boys and men to lead healthy lives and will be a one-stop shop for wellness and chronic conditions screenings, HIV-prevention interventions, treating sexually transmitted diseases and offering medical male circumcision,” says Dr Abdul Sungay, who heads the centre.
Daily Maverick
24 Feb 21
More editors' picks