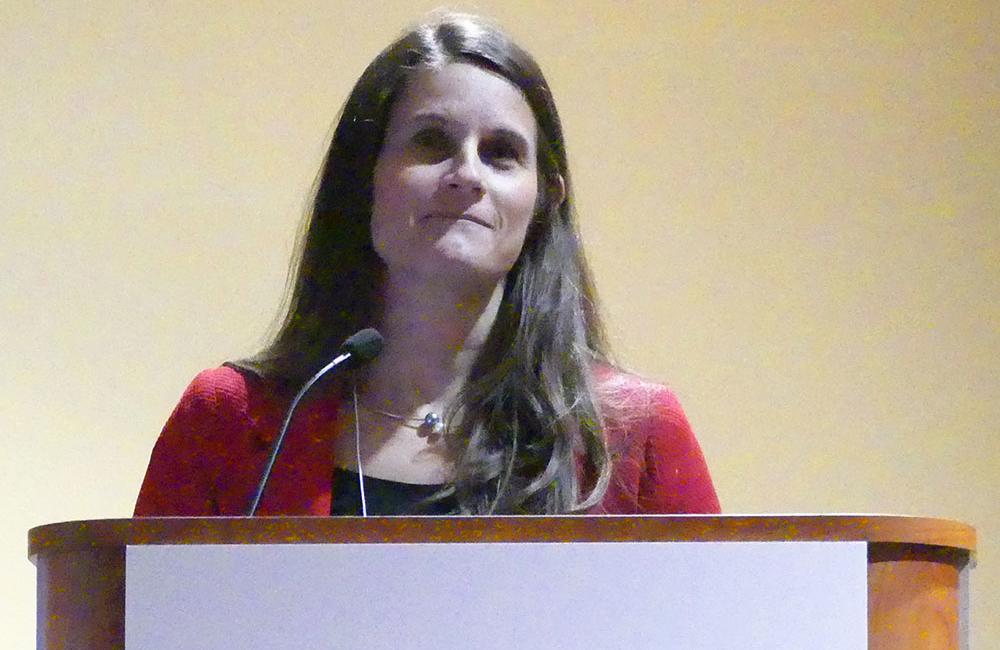 An 8-week course of sofosbuvir/ledipasvir (Harvoni) led to a sustained response in all people with HIV and genotype 1 or 4 hepatitis C virus (HCV) in the SWIFT-C study, according to a report at the AASLD Liver Meeting last month in Washington, DC.

The advent of direct-acting antivirals (DAAs) has made treatment for chronic hepatitis C shorter, better tolerated and much more effective, even for people – such as those with HIV/HCV co-infection – who were considered difficult to treat with interferon-based therapy. The recommended duration of sofosbuvir/ledipasvir for genotype 1 or 4 chronic HCV is 12 weeks, though some easy-to-treat people do well with 8 weeks.

Acute hepatitis C, meaning the first 6 months after infection, is generally easier to treat than chronic infection. Studies to date have shown that an 8-week course of sofosbuvir/ledipasvir is adequate for treatment of genotype 1 HCV during acute infection in HIV-negative people, and one study found that even a 6-week course works well for this group. But stopping at 6 weeks led to an unexpectedly high relapse rate for people with HIV/HCV co-infection, and some experts have recommended treating this group for a full 12 weeks.

Susanna Naggie of Duke University Medical Center and colleagues conducted the AIDS Clinical Trials Group SWIFT-C trial to evaluate the efficacy of 8 weeks of sofosbuvir/ledipasvir for people with HIV who had acute HCV co-infection.

The study enrolled 27 HIV-positive participants with acute HCV infection at multiple sites in the US. Acute HCV was defined as a newly positive HCV RNA (viral load) or antibody test within 6 months after a prior negative test, or recent liver enzyme elevation and detectable HCV RNA. Participants waited until 12 weeks after infection to see if spontaneous or natural clearance would occur without treatment, which happens around 25% of the time.

All study participants were men, the median age was 46 years, two-thirds were white and a third were Hispanic. More than 80% said they had never injected drugs and it was assumed they may have acquired HCV through sexual transmission. All had HCV genotype 1, except one person with genotype 4. About one in five had a high HCV RNA viral load (over 6 million IU/ml) at baseline.

All participants were on antiretroviral therapy (ART) with undetectable HIV viral load. They had well-preserved immune function, with a median CD4 count of 561 cells/mm3. They were on various ART regimens, with about half using an HIV integrase inhibitor. Nine people were taking a regimen that included tenofovir disoproxil fumarate (DF) (Viread) and either ritonavir or cobicistat as a booster. Sofosbuvir/ledipasvir may increase tenofovir levels when co-administered with a ritonavir-boosted protease inhibitor, with elvitegravir boosted by cobicistat or with efavirenz or rilpivirine. Unusually high levels of tenofovir DF may cause kidney problems and bone loss in some people.

Everyone in this single-arm study received sofosbuvir/ledipasvir for 8 weeks; there was no control arm. The primary study endpoint was sustained virological response, or continued undetectable HCV RNA at 12 weeks after the end of treatment (SVR12).

All participants completed treatment and achieved SVR12 – a cure rate of 100%. This compares favourably to a historical cure rate of 60% using pegylated interferon plus ribavirin for 24 to 48 weeks.

Sofosbuvir/ledipasvir was generally safe and well tolerated. There was only one serious adverse event, which was not considered related to treatment. A third of participants experienced moderate or worse adverse events. Two people who used tenofovir DF in a boosted regimen met the criteria for kidney toxicity.

Based on these findings, the researchers concluded, "These data support an 8-week duration of [sofosbuvir/ledipasvir] in the treatment of acute HCV infection in HIV-infected persons."

In response to a question from Jürgen Rockstroh, who conducted the study that showed a high relapse rate with only 6 weeks of sofosbuvir/ledipasvir for people with co-infection, Naggie acknowledged that people with higher viral load took longer to reach an undetectable level, and doctors might consider 12 weeks of treatment for people with very high baseline HCV RNA.

Given the difficult side-effects and comparatively low cure rate of interferon-based therapy, treatment guidelines used to advise waiting a few months after HCV infection to see if spontaneous clearance would occur without treatment. But given the good tolerability and excellent response rate with DAAs, a growing number of experts recommend prompt treatment of acute infection, which not only relieves symptoms of acute infection and prevents liver damage, but also halts HCV transmission at a time when viral load may be high.

People with acute infection are potential HCV transmitters, and if you let patients leave to wait for possible spontaneous clearance, they are less likely to come back, Naggie said. "Once you have them in your clinic, you should treat them," she advised.