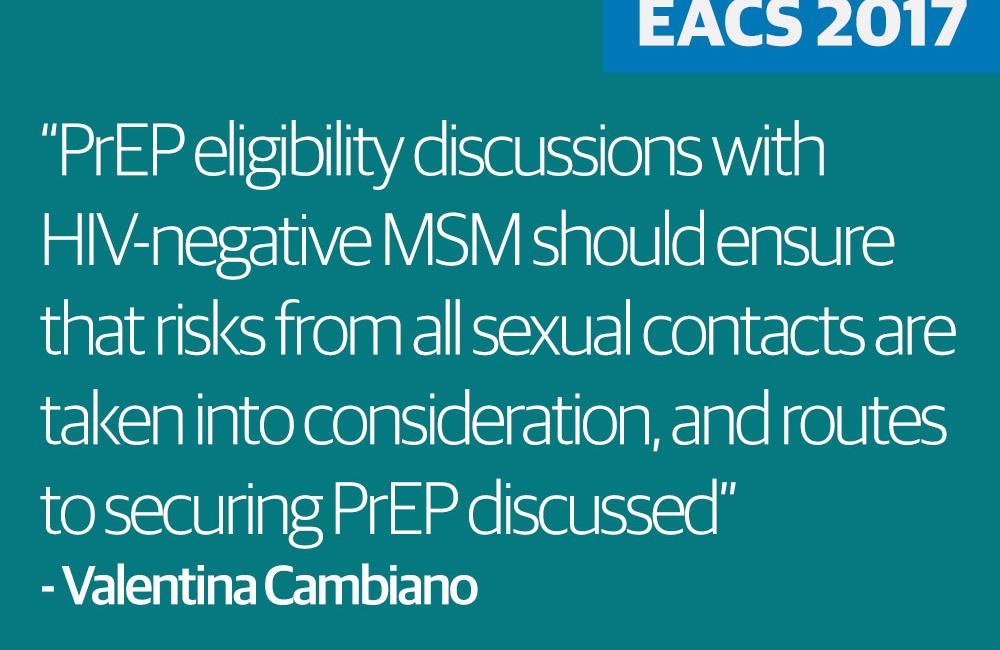 The data were presented by Valentina Cambiano of University College London, who is one of the investigators in the PARTNER studies.

PARTNER is arguably one of the most significant HIV prevention studies ever conducted. It studies couples where one partner has HIV and the other does not and its primary aim is to try to quantify the risk of transmission from a person on HIV treatment who has a fully suppressed viral load. While enrolment of heterosexual couples stopped at the end of PARTNER 1 in 2014, it was decided more data on gay men was needed so PARTNER 2, for gay couples only, is still underway.

PARTNER made headlines when in 2014, and again in 2016, the researchers confirmed that there had been no transmissions from an HIV-positive partner who was on antiretroviral therapy and virally suppressed in, by 2016, an estimated 58,213 condomless sex acts. These data allowed the researchers to establish the maximum possible likelihood of transmission, and to announce that, most likely, the chance of an HIV-positive partner with a fully suppressed viral load of below 200 copies/ml passing on HIV was zero, or statistically indistinguishable from it.

PARTNER, and other studies like Opposites Attract and HPTN 052, have provided the evidence base for the success of ‘Treatment as prevention’ and for the U=U (Undetectable = Untransmittable) campaign.

However, there were HIV infections in PARTNER: eleven of them by 2016, ten in gay men. In all cases, however, phylogenetic testing showed that the infecting virus came from someone other than the primary partner. Eight of the eleven infected people told researchers they had had condomless sex with partners other than their primary partner: the other three must have done too.

In short, just because your main partner is undetectable, it does not mean you are safe from HIV if you have condomless sex elsewhere. In these cases, it would make sense to use post-exposure prophylaxis (PEP) or PrEP – but how many in PARTNER were doing so?

Cambiano and colleagues studied PEP and PrEP use in the 737 HIV-negative partners who had answered both the baseline sexual behaviour questionnaire and a questionnaire on at least one follow-up visit.

Valentina Cambiano commented that the low level of PEP and PrEP use and the high HIV incidence seen from sex outside the main relationship were of concern.

“PrEP eligibility discussions with HIV-negative MSM [men who have sex with men] should ensure that risks from all sexual contacts are taken into consideration, and routes to securing PrEP discussed,” she added.