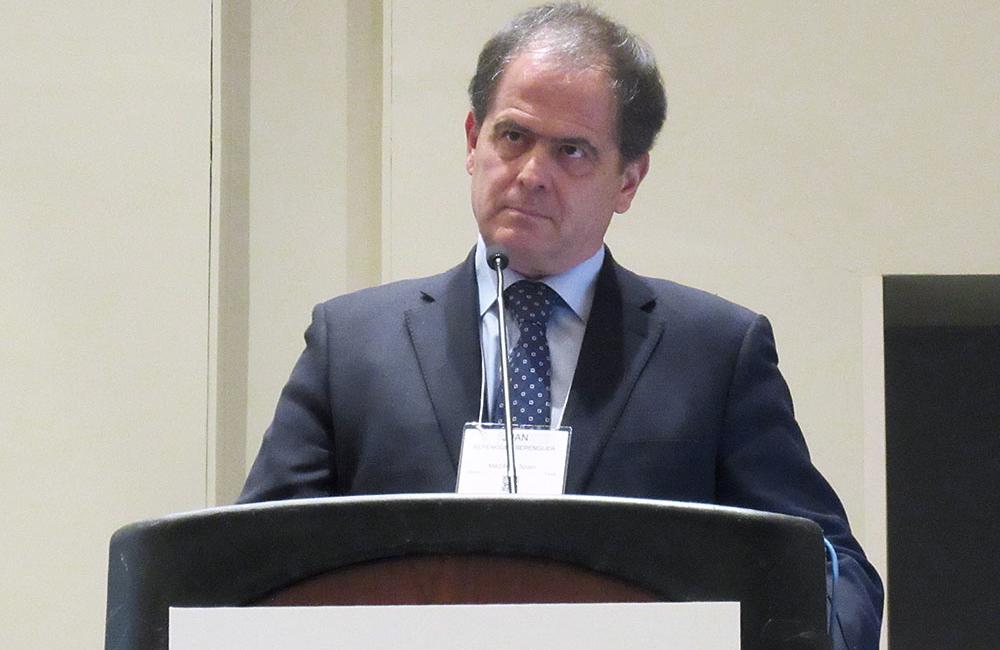 More than 90% of HIV-positive people treated with direct-acting antivirals for hepatitis C – including many with liver cirrhosis – achieved sustained virological response and few discontinued treatment due to side-effects, showing that real-world clinical practice can produce results as good as those seen in formal clinical trials, according to results from a Spanish study presented at the 2016 AASLD Liver Meeting this month in Boston.

New direct-acting antivirals (DAAs) used in interferon-free regimens have made treatment simpler, better tolerated and much more effective. Clinical trials showed that DAAs work as well for HIV-positive as for HIV-negative people with hepatitis C – so well that people with co-infection are no longer considered a 'special population' – although they need to be aware of potential drug-drug interactions with antiretrovirals. But outcomes in real-life clinical practice sometimes do not match those of formal drug trials in which participants are carefully selected and may receive more intensive monitoring and support.

Juan Gonzalez-García of Hospital La Paz and colleagues evaluated treatment outcomes in the Madrid Coinfection Registry (Madrid-CoRe), a prospective registry of all individuals with HIV/HCV co-infection receiving DAA-based hepatitis C treatment at hospitals of the Madrid Regional Health Service, which are required to register their co-infected patients.

The analysis included 2030 adults with co-infection who started treatment between November 2014 and May 2016 and who completed therapy and had long enough follow-up to determine sustained virological response, or continued undetectable HCV viral load at 12 weeks post-treatment (SVR12). Relapse was defined as a rebound of HCV RNA levels after the end of treatment.

More than half (55%) did not have cirrhosis, but 37% had compensated cirrhosis and 7% had decompensated liver disease; 7% had experienced severe extra-hepatic manifestations of HCV infection. In addition, 15 people had a history of hepatocellular carcinoma, 17 had undergone liver transplantation and seven were on a transplant waiting list.

Over 60% were being treated for hepatitis C for the first time. Nearly a third included ribavirin in their regimen. The most common DAA regimen was sofosbuvir/ledipasvir (Harvoni), used by 63%, followed by sofosbuvir (Sovaldi) plus daclatasvir (Daklinza) and the paritaprevir-based '3D' regimen (Viekirax + Exviera), both at 15%. Smaller numbers used the paritaprevir '2D' regimen (Viekirax alone), sofosbuvir plus simeprevir (Olysio) or sofosbuvir plus ribavirin.

Five people (0.2%) experienced HCV viral breakthrough while on treatment and 89 (4.4%) experienced post-treatment viral rebound. In response to a question, Dr Gonzalez-García said the researchers did not have genotypic data from people with virological failure to determine whether they experienced relapse or HCV reinfection.

Treatment was generally well tolerated and most people completed therapy. Fourteen people (0.7%) discontinued treatment due to adverse events and 36 (1.8%) did so for other reasons. Nineteen people (0.9%) died during treatment or follow-up, 17 of whom had cirrhosis.

"In this large prospective cohort of HIV/HCV co-infected persons, 45% of whom had liver cirrhosis, the SVR12 [rate] of DAA-based therapy for HCV infection was >90%," the researchers concluded, and < 1% discontinued therapy due to adverse events.