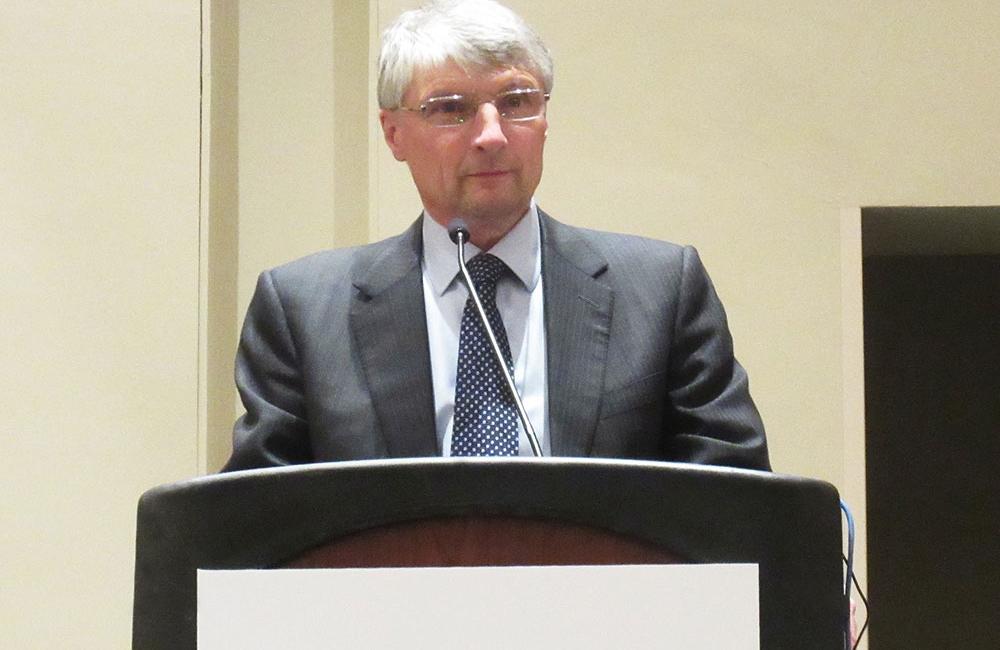 A triple regimen of grazoprevir/elbasvir (Zepatier) plus sofosbuvir (Sovaldi) without ribavirin cured 96% of previously untreated and 97% of treatment-experienced people with hepatitis C virus (HCV) genotype 3 and liver cirrhosis, matching rates seen in easier-to-treat patient groups, according to results from the C-ISLE study presented on Sunday at the 2016 AASLD Liver Meeting in Boston.

The development of direct-acting antiviral (DAA) agents has made treatment of chronic hepatitis C briefer, more convenient and much more effective than interferon-based therapy. But better options are still needed for the most difficult-to-treat patients, who still do not achieve the near-100% sustained response rates seen in easier-to-treat groups.

Presenter Graham Foster of Queen Mary University in London called treatment-experienced people with genotype 3 and cirrhosis the "toughest of the tough." Currently approved regimens for this group include sofosbuvir/velpatasvir (Epclusa) with ribavirin for 12 weeks or sofosbuvir plus daclatasvir (Daklinza) with ribavirin for 12 or 24 weeks, but until recently DAA combinations with pegylated interferon were still considered an option for these challenging patients.

The C-ISLE study evaluated a co-formulation of Merck's grazoprevir (an HCV protease inhibitor) and elbasvir (an NS5A inhibitor) plus Gilead Science’s sofosbuvir (an NS5B polymerase inhibitor), taken with or without ribavirin for 8 to 16 weeks, for treatment-naive and treatment-experienced people with genotype 3 with compensated cirrhosis. Grazoprevir/elbasvir is currently indicated only for genotypes 1 and 4. The earlier C-SWIFT study showed promising results for this intensified regimen, but it included few people with genotype 3.

C-ISLE enrolled 100 participants. About two-thirds were men, 69% were white, 29% were Asian and the average age was 53 years. Just over half (53%) had previously used pegylated interferon/ribavirin and the mean pre-treatment HCV RNA level was 6.2 log10 IU/ml. They had compensated cirrhosis as indicated by FibroScan (mean score 25.4 kPa) or liver biopsy. They had no history of hepatic decompensation, but had albumin, bilirubin and platelet levels indicating impaired liver function.

However, when excluding the three participants who discontinued treatment early for reasons other than virological failure (loss to follow-up, withdrawal of consent and non-drug-related adverse event), the cure rate was 100% for all but the 8-week regimen.

One of the two relapsers had various resistance-associated variants (including the Y93H mutation) at baseline and at the time of treatment failure, but the other had wild-type virus before and after treatment. The SVR12 rate was the same – 98% – for the half of patients that had pre-existing NS5A RAVs and the half that did not.

Therapy was generally safe and well tolerated, with no treatment discontinuations due to adverse events. The most frequently reported adverse events were fatigue, nausea, and skin rash or itching. Side-effects overall and serious adverse events were more common among people who used ribavirin and those treated for a longer duration.

Everyone who completed treatment with grazoprevir/elbasvir plus sofosbuvir without ribavirin had a sustained response, Prof. Foster noted. Both virological failures were in the 8-week arm with ribavirin, and one of these patients had the Y93H mutation. However, all patients with Y93H who were treated for 12 weeks were cured.

While there has been concern about liver-related adverse events in people with cirrhosis treated with HCV protease inhibitors, no such problems were observed in this study. Prof. Foster said he would be comfortable treating people with Child-Pugh class B cirrhosis, which indicates significant compromise of liver function but not yet decompensation.

Foster G et al.C-ISLE: grazoprevir/elbasvir plus sofosbuvir in treatment-naive and treatment-experienced HCV GT3 cirrhotic patients treated for 8, 12 or 16 weeks. Hepatology Special Issue, The 67th Meeting of the American Association for the Study of Liver Diseases: The Liver Meeting, abstract 74, Boston, 2016.