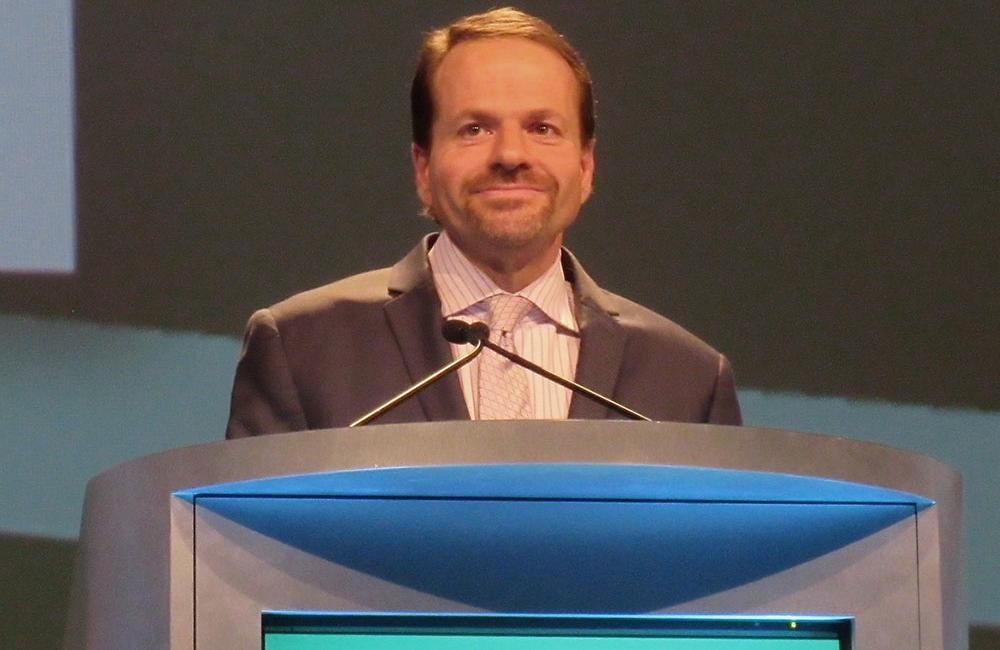 A new three-drug co-formulation containing Merck's grazoprevir plus the investigational agents MK-3682 and ruzasvir was highly effective for people with hepatitis C virus (HCV) genotypes 1, 2 or 3, with sustained response rates of 86 to 100% depending on treatment duration, according to study results presented this month at the 2016 AASLD Liver Meeting in Boston.

Related studies showed that the combination is also effective for retreating people who were not cured with a previous course of direct-acting antivirals (DAAs).

The advent of DAAs used in interferon-free regimens has made treatment for chronic hepatitis C shorter, more convenient and much more effective. However, there is still room for better regimens for hard-to-treat people as well as pangenotypic combinations active against all HCV genotypes; furthermore, additional options are expected to bring down the cost of treatment due to increased competition.

The phase 2 C-CREST trials tested the co-formulation – dubbed 'MK3' – taken with or without ribavirin for 8, 12 or 16 weeks.

Eric Lawitz of the Texas Liver Institute presented results from part B of C-CREST 1 and 2, which together evaluated the combination in 664 patients with HCV genotypes 1, 2 or 3, mostly from North America and Europe.

About 60% of the study population were men, 90% were white and the median age was 54 years. About a quarter (27%) had HCV genotype 1 (half with harder-to-treat subtype 1a and half with 1b), 23% had genotype 2 and 51% had genotype 3 – considered the most difficult to treat with DAAs. All people with genotype 1 and 2 were previously untreated, while 44% of the genotype 3s had been treated with pegylated interferon/ribavirin. Over a third of participants with each genotype had liver cirrhosis (38% overall) and 3% had co-infection with HIV.

Cure rates were high and similar for people with or without cirrhosis in all genotype groups; all but two people with cirrhosis achieved SVR12 in a per-protocol analysis. In the genotype 2 and 3 analysis, SVR12 rates were similar with or without ribavirin – and in fact the lowest rate (83%) was seen in the genotype 2 group treated with ribavirin for 8 weeks. In the genotype 3 analysis, SVR12 rates were similar for treatment-naive and treatment-experienced participants receiving 8, 12 or 16 weeks of therapy.

There was one case of reinfection with a different HCV strain in an individual who had reached SVR8.

Dr Lawitz noted that all genotype 3 treatment-experienced people with cirrhosis – the hardest group to treat – were cured using MK3 without ribavirin for 12 or 16 weeks (the only relapser was on the most intensive 16-week regimen with ribavirin).

He also reported that all but one of the 23 people with HIV/HCV co-infection achieved SVR12, but the single individual who was re-infected was co-infected.

Edward Gane of Auckland Clinical Studies in New Zealand reported findings from C-CREST Part C, in which people who relapsed after receiving a triple DAA regimen for 8 weeks in C-CREST part A were retreated with a more intensive regimen of MK3 plus ribavirin for 16 weeks.

This analysis included one person each with genotypes 1a and 1b, 14 with genotype 2 and eight with genotype 3. They did not have cirrhosis and almost all had absent to moderate fibrosis (stage F0-F2). In part A of the study 14 had used elbasvir and 10 had used ruzasvir as their NS5A inhibitor. At baseline all but one had NS3 RAVs, 83% had NS5A RAVs and one person had an NS5B RAV.

SVR12 rates in an intention-to-treat analysis were 100% for genotype 1, 93% for genotype 2 and 100% for genotype 3. There were no relapses, but one person in the genotype 2 group discontinued treatment after a single dose due to serious adverse events (vomiting and tachycardia) that were considered to be drug-related.

The researchers concluded that the MK3 co-formulation plus ribavirin for 16 weeks was highly effective for people without cirrhosis who had previously experienced treatment failure on an 8-week triple-DAA regimen, despite a high prevalence of NS3 and NS5A RAVs.

In response to a question, Dr Gane said he was not sure whether 16 weeks of retreatment without ribavirin would be equally effective, and that a study needs to be done. However, he noted that both people who stopped or reduced their dose of ribavirin due to anaemia went on to achieve SVR12.

Finally, David Wyles of the University of California at San Diego presented results from another retreatment study – C-SURGE – which looked at 94 people with HCV genotype 1 who had experienced prior treatment failure on sofosbuvir/ledipasvir (Harvoni) or grazoprevir/elbasvir (Zepatier).

Participants in this open-label trial were randomly assigned to receive MK-3682/grazoprevir/ruzasvir with ribavirin for 16 weeks or alone for 24 weeks. Wyles reported sustained virological response results for the 44 people in the 16-week arm and 30 people in the 24-week arm who had reached 8 weeks of post-treatment follow-up. While SVR8 is not considered a cure, it is a good predictor of SVR12.

All but one participant (98%) in the 16-week arm and 100% in the 24-week arm achieved SVR8. The single participant who did not do so withdrew early after receiving three doses of therapy. The presence of baseline RAVs had no effect on treatment efficacy.

There were no drug-related serious adverse events or study discontinuations due to adverse events. Fatigue, itching, rash and anaemia were more frequent in the ribavirin-containing arm. No one stopped ribavirin, but ten people reduced their dose due to side-effects.

The researchers concluded that MK3 with or without ribavirin was highly effective for people with genotype 1 with or without cirrhosis who previously failed an NS5A inhibitor-containing direct-acting antiviral regimen.

Lawitz E et al. Safety and efficacy of the fixed-dose combination regimen of MK-3682/grazoprevir/MK-8408 with or without ribavirin in non-cirrhotic or cirrhotic patients with chronic HCV GT1, 2 or 3 infection (Part B of C-CREST-1 & 2). The 67th Meeting of the American Association for the Study of Liver Diseases: The Liver Meeting, abstract 110, Boston, 2016.

Wyles DL et al. Safety and efficacy of the fixed-dose combination regimen of MK-3682/grazoprevir/MK-8408 in cirrhotic or non-cirrhotic patients with chronic HCV GT1 infection who previously failed a direct-acting antiviral regimen (C-SURGE). The 67th Meeting of the American Association for the Study of Liver Diseases: The Liver Meeting, abstract 193, Boston, 2016.