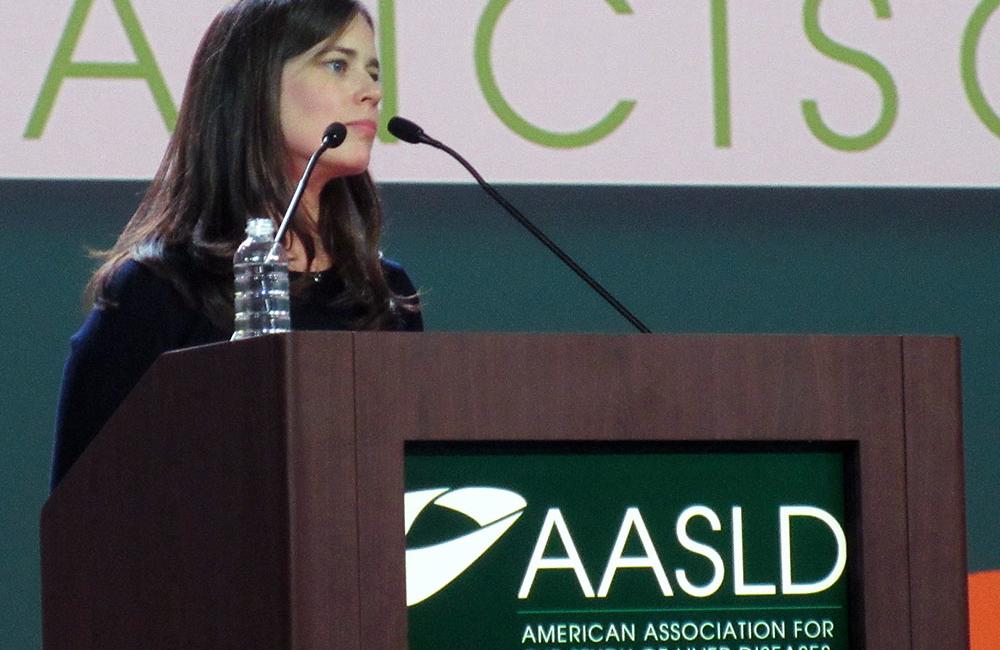 People with hepatitis C who did not achieve sustained virological response with a prior short course of direct-acting antiviral (DAA) therapy had a high likelihood of being cured if treated again with sofosbuvir/ledipasvir standard therapy, according to results from the SYNERGY study presented at the 2015 AASLD Liver Meeting earlier this month in San Francisco, USA. A related analysis showed that emergence of certain drug-resistance mutations was common during very short therapy, but this did not appear to compromise response to retreatment.

DAAs used in interferon-free therapy can now cure more than 90% of people with hepatitis C virus (HCV) genotype 1, but researchers continue to seek regimens that are easier to use and less expensive. Combining agents that target multiple steps of the HCV lifecycle can potentially shorten treatment and reduce the risk of viral rebound and drug resistance.

Treatment using currently approved hepatitis C therapies is typically indicated for 12 weeks, although 8 weeks works well for easier-to-treat patients, while more challenging patients may need 24 weeks. A few studies have looked at shorter multi-drug regimens, finding that 6 weeks appears adequate for some people, but most people treated for only 4 weeks do not achieve sustained virological response at 12 weeks post-treatment (SVR12).

One such study, the US National Institutes of Health SYNERGY trial, evaluated a variety of short multi-drug regimens for people with HCV genotype 1 and early-stage liver fibrosis, attempting to maximise adherence and treatment completion for an inner city population with socioeconomic risk factors.

In the analysis presented at the Liver Meeting, Eleanor Wilson of the University of Maryland School of Medicine and colleagues looked at retreatment options for people who had relapsed in the earlier part of the study.

This single-centre phase 2a trial included 34 people who experienced viral relapse after 4 or 6 weeks of short-course combination therapy using three or four DAAs. All but one had previously been treated for only 4 weeks, about half with sofosbuvir/ledipasvir plus GS9451 and half with all four drugs.

Most participants were male (82%) and African American (82%), with a median age of about 59 years. Most had absent to moderate liver fibrosis (stage F0-F2) with one having advanced fibrosis (F3). People with HIV co-infection were excluded. More than three-quarters had harder-to-treat HCV subtype 1a. Deep sequencing showed that prior to retreatment 29 people (85%) had NS4A resistance-associated variants (RAVs) conferring >25-fold resistance; just one person had an NS5B RAV conferring very low-level resistance.

All participants in this open-label trial were retreated with sofosbuvir/ledipasvir (400/90mg) alone for 12 weeks – the standard regimen for first-time treatment for people with HCV genotype 1 without cirrhosis. The median interval was 22 weeks between relapse and restarting treatment.

A total of 32 participants (94%) completed 12 weeks of treatment, with the other two withdrawing consent.

The overall SVR12 rate was 91%, with one relapse. The two people who dropped out were counted as having had treatment failures in the intention-to-treat analysis, but they later returned for follow-up and had undetectable HCV viral load. Thus in a per protocol analysis the SVR12 rate increased to 97%.

The individual who relapsed had the NS5A L31M RAV comprising >90% of the viral population before initial treatment, and L31M and Y93H RAVs making up >99% of virus after short-course therapy. After the second relapse, this participant continued to have predominant L31M and Y93H NS5A RAVs, as well as new minority S282T and V321I NS5B RAVs.

Treatment was generally safe and well-tolerated, with no deaths and one serious adverse event deemed unrelated to treatment (chest pain in a person who used cocaine).

Wilson noted that this is the first time a high SVR rate has been demonstrated following retreatment of people who previously failed DAA-only therapy, adding that it is "not entirely clear" at what point short-duration therapy puts people at risk for treatment failure.

In a related SYNERGY analysis, Sarah Kattakuzhy of the NIH Laboratory of Immunoregulation and colleagues looked in more detail at the evolution of RAVs conferring resistance to NS5A, NS5B and NS3/4 (though no one took HCV protease inhibitors in this trial).

They found that 27% of the 33 patients who relapsed after 4 weeks of DAA treatment had NS5A RAVs, only 3% had NS5B RAVs and 30% had NS3/4 RAVs. After the first viral relapse, these proportions were 85%, 6% and 33%, respectively – indicating that about 60% developed new NS5A RAVs during short-course therapy. Most people had only a single RAV, but a few had as many as four.

Nevertheless, 12-week treatment with sofosbuvir/ledipasvir was highly effective despite the presence of RAVs, and NS5A RAVs had no apparent effect on retreatment outcomes.

"Baseline mutations were a factor in response to ultra-short duration therapy," the researchers concluded. "Emergent variants persisted over a mean of 22 weeks from the time of viral relapse, and were both maintained and enriched." However, they continued, "Retreatment outcomes with standard of care utilizing [sofosbuvir/ledipasvir] were not affected by the presence of these RAVs."