Does low-level HIV viral load raise the risk of disease progression and co-morbidities? 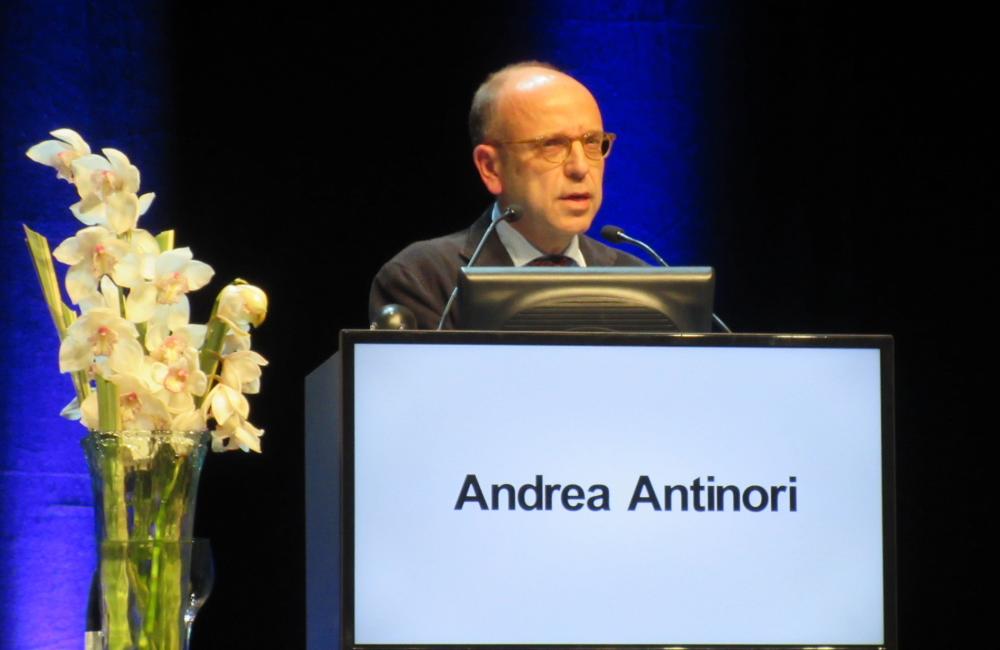 People living with HIV who have a detectable but low viral load – in the range of 50 to 500 or 1000 copies/ml – may continue to have a higher risk of AIDS-related events, but their likelihood of experiencing serious non-AIDS events including heart, liver and kidney disease did not appear to increase, according to a pair of Italian studies presented at the 15th European AIDS Conference last month in Barcelona, Spain.

It is well known that effective combination antiretroviral therapy (ART) that suppresses HIV replication dramatically reduces disease progression and improves survival. Recent findings from the large START trial showed that people who initiate treatment soon after diagnosis had a lower risk of both AIDS-related illnesses and non-AIDS events and death compared to those who waited until their CD4 cell count fell.

A small proportion of people with HIV have persistently detectable but low viral load despite treatment, and the effects of low-level viraemia are not fully understood. Even a low level of ongoing viral replication can lead to increased immune activation and inflammation, which may contribute to non-AIDS-related co-morbidities such as heart disease and cancer. However, some previous large observational studies have not seen an association between low-level virus and increased risk of AIDS, non-AIDS illness or death.

Andrea Antinori and fellow investigators with the ICONA Foundation Study Cohort estimated three-month incidence of AIDS-related events, severe non-AIDS events or death among people with current low-level viraemia compared to those with viral loads below 50 copies/ml.

The analysis included 7277 participants in the Italian ICONA cohort who had at least one person-year of follow-up spent with a viral load in the range of zero to 1000 copies/ml at least six months after starting first-line combination ART. Three-quarters were men, most were white, the median age was 37 years and 18% had hepatitis C co-infection. The median CD4 count at ART initiation was approximately 300 cells/mm3 and 13% had been diagnosed with AIDS. The most common ART regimen was efavirenz (Sustiva) plus tenofovir/emtricitabine (the drugs in Truvada), but a wide range of other drugs were also used.

The researchers classified participants into four groups according to viral load six months after starting ART:

"Low-level viremia, in the range of 51-500 copies/ml, was associated with an independent risk of developing a new AIDS diagnosis, which was up to 2.3-fold higher than that observed in the presence of suppressed viral load," the researchers concluded. "Conversely, low-level viremia did seem to predict a more elevated risk of serious non-AIDS events."

They noted, however, that the viral load categories in this study were based on current levels and could not account for sustained periods of low-level viral replication. Occasional viral 'blips' are not uncommon during treatment, but persistent viraemia is a greater concern. They also said the short follow-up period may have underestimated long-term effects on clinical endpoints.

These results, they added, "may be useful to plan analyses aimed at better defining threshold of virological failure valid for clinical purposes and to eventually optimise treatment strategies."

In the second study, Silvia Costarelli from San Gerardo Hospital in Monza, Italy, and colleagues with the Italian MASTER Cohort looked at the association between persistent low-level viraemia (viral load between 50 and 400 copies/m) and increased risk of cardiovascular disease events.

This analysis included 4393 people who achieved viral load below 50 copies/ml for at least six months after ART initiation. About 70% were men, most were Italian and the median age at ART initiation was approximately 40 years. They had relatively advanced HIV disease with a median CD4 count below 300 cells/mm3. Underlying cardiovascular risk was generally low, with only about 1% having prior cardiovascular events.

A majority of 3576 people maintained full viral suppression, but 574 experienced treatment failure with viral rebound to more than 400 copies/ml and 243 had persistent low-level viraemia on two consecutive tests.

For the first endpoint, unadjusted incidence rates were 11.7, 21.6 and 9.3 per 1,000 person-years for people with full viral suppression, viral rebound and persistent low-level viraemia, respectively. For the second endpoint, incidence rates were 8.6, 11.6 and 9.0, respectively. That is, the risk of adverse outcomes was much greater – nearly twofold higher – for people with viral rebound when AIDS was considered, but not when considering only cardiovascular events or death.

In a multivariate analysis, people with viral rebound had a significantly higher risk for both the first and second endpoints compared to people with ongoing viral suppression (hazard ratio 2.15 and 1.5, respectively). However, persistent low-level viraemia was not associated with significantly different hazard rates.

In summary, incidence of cardiovascular events, AIDS and death were similar for people with ongoing viral suppression and those with persistent low-level viraemia in the MASTER study, suggesting that low-level viral load does not increase the risk of either AIDS or non-AIDS events. However, this conflicts with the ICONA findings, which did see a higher risk of AIDS among people with low but detectable viral load.

9 July 2020
The biology of HIV transmission

A small study has shed new light on an apparent driver of harmful chronic inflammation among people receiving HIV treatment: the production of new copies of viral RNA from otherwise resting cells infected with the virus.
POZ
23 Nov 20
How HIV works

The study results offer potentially important clues about how HIV may be cured in some circumstances, but unfortunately do not directly help design interventions that might produce similar outcomes in the majority of people living with the virus (who are not elite controllers).
TAG
27 Aug 20
The search for a cure

All but one of the 64 “elite controllers” analyzed in the new research have abundant and intact HIV genomes, so-called proviruses, integrated in their cells. But compared with people who have to take ARVs, elite controllers have far more proviruses in chromosome regions where little gene activity occurs, the study finds.
Science
26 Aug 20
Ageing & HIV

Researchers analyzed blood markers of stress-related wear and tear on the body among people age 50-plus living with the virus.
POZ
17 Aug 20
People & personal stories

Flossie Wong-Staal, a molecular virologist who led research that helped produce seminal findings about HIV — its genetic structure, the insidious manner in which it invades the immune system, and ways of detecting and treating it, died July 8 at a hospital in La Jolla, Calif. She was 73.
Washington Post
14 Jul 20
More editors' picks