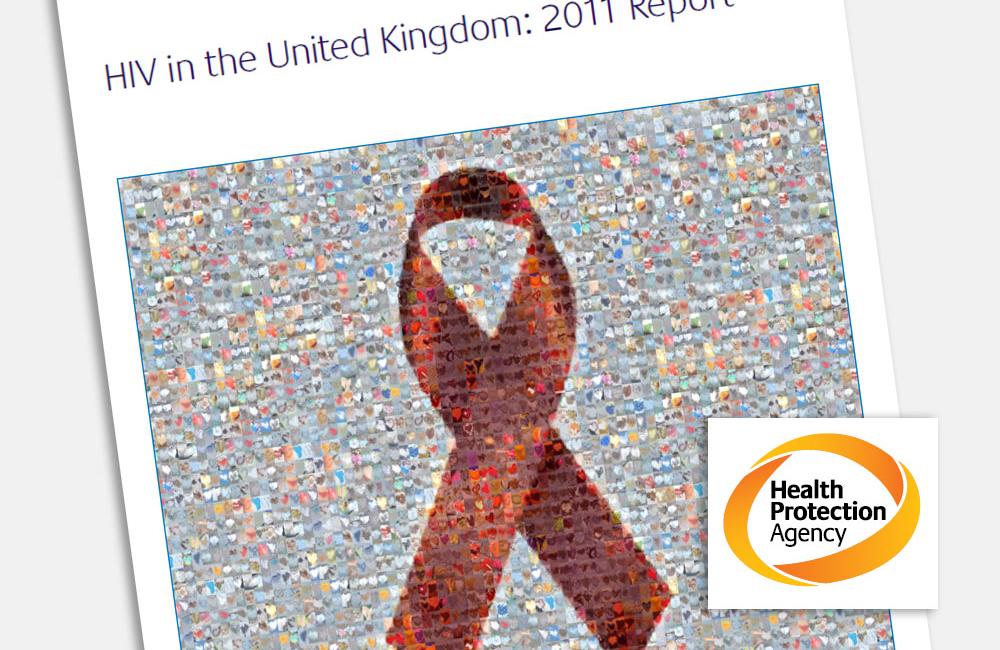 Against a background of fewer diagnoses among heterosexuals infected abroad, the number of gay men diagnosed with HIV in the UK continues to rise, the Health Protection Agency announced today. Moreover, one quarter of them had recently acquired their infection, suggesting a high level of risk taking in this group.

The annual epidemiological report also shows that while one in two HIV diagnoses is made late (with a CD4 cell count below 350 cells/mm3), rates of late diagnosis have been slowly falling over the past decade.

More encouragingly, the proportions of people with diagnosed HIV who are linked to care and on successful treatment are exceptionally high.

Whereas there have been falls in the total number of new diagnoses in recent years, 2010’s figure is very similar to that recorded in 2009. A total of 6658 people were diagnosed with HIV.

Half the new diagnoses were in people who acquired HIV through heterosexual sex (around 3350 people). Two thirds of this group are thought to have acquired HIV abroad, and the numbers infected overseas have been falling for several years now. One third of heterosexual infections probably occurred in the UK – this figure has slowly increased over the past decade.

The HPA also present data from new systems for detecting how recently a person acquired HIV. The procedure, known as RITA (Recent Infection Testing Algorithm) identifies newly diagnosed individuals who were probably infected in the past four or five months. The test is being currently rolled out. 37% of the new diagnoses reported in 2010 could be analysed by RITA.

When there are large numbers of people with recent infection, this suggests that HIV transmission is occurring frequently . High rates could also be due to regular HIV testing. The variation by age group may also be due to the fact that younger people have less time to have infections than older people.

In 2010, 50% of all new diagnoses were made late – in other words, when the CD4 cell count was below 350 cells/mm3, by which stage treatment is recommended.

So while progress is being made, it is being made very slowly. The HPA says that the proportion of late diagnoses is still “very high”.

“We want to see increased access to HIV testing routinely offered in clinical settings such as new registrants at GPs and hospital general admissions, in areas of the country where rates of HIV infection are high,” said Dr Valerie Delpech of the HPA.

Moreover, the HPA recommends that late HIV diagnosis be included within the Public Health Outcomes Framework (a set of indicators to evaluate how well the health system is performing) and that local authorities should use this indicator.

Underlining the importance of prompt diagnosis, the report notes that among the 680 people with HIV who died in 2010, two thirds were people who had been diagnosed late. On the other hand, a recent study suggests that the outlook for people who are diagnosed promptly is excellent, with life expectancy just a few years shorter than that of people without HIV.

However, it notes the minimal amounts invested in HIV prevention – the 2010 national and London budgets, put together, amount to £5,900,000. “Investing in prevention should be a priority because of its potential for cost savings,” it says.

HPA officials consider that particular investment needs to be made in interventions delivered in sexual health clinics. Moreover, they suggest that as the Recent Infection Testing Algorithm (RITA) helps identify people who have been infected recently, a more focussed and optimised provision of partner notification services should be a priority.

For the first time, the HPA presents national data on the quality of care for people who are diagnosed with HIV. Four indicators were examined.

These figures are better than those seen in other developed world settings, such as the United States. At a press briefing, Dr Martin Fisher of the British HIV Association described them as “staggeringly good”.

Gay men in Montreal using a variety of HIV prevention strategies, but little evidence of a "combination" approach to prevention being adopted

We are concerned about the use of blood taken from people living with HIV during routine testing prior to starting or changing antiretroviral therapy in surveillance databases, without our permisssion, for public health purposes.
HIV Justice Network
22 Sep 20
Epidemiology & behaviour

Inside the second wave of the HIV epidemic in the Philippines

Earlier this year, I went back to the Philippines to meet the people on the frontlines of the epidemic. Over the two weeks I spent in the country, I spoke to the young Filipinos of my generation about living with HIV—people who were forced to grow up too soon. This is a story of hypocrisy and hope, of hiding and emerging, of death and life in the second wave of the HIV epidemic in the Philippines.
Xtra Magazine
27 Aug 20
Epidemiology & behaviour

A decades-old ban on gay bathhouses was about to be lifted. Then, a pandemic.

The San Francisco Board of Supervisors voted unanimously on Tuesday to remove the restrictions on “adult sex houses” that banned locked doors for private rooms rented by bathhouse patrons and required monitoring of the sexual activities of customers.
The Hill
30 Jul 20
Coronavirus

Campaigners fear the impact of COVID-19 on treatment and on education and prevention efforts could mean a spike in new HIV infections or in deaths in Jamaica.
Reuters
22 Jul 20
HIV testing programmes & uptake

Sexual health experts see in lockdown restrictions a ‘once-in-a-lifetime’ chance. “If we can now find the remaining people with HIV through testing and put them on treatment,” says Dr Alan McOwan, “we could remove anyone who is infectious from the population with long-lasting effects. We won’t get this two-month window of no sex again.”
The Guardian
14 May 20
More editors' picks