Is self-testing for HIV on the way in Africa? 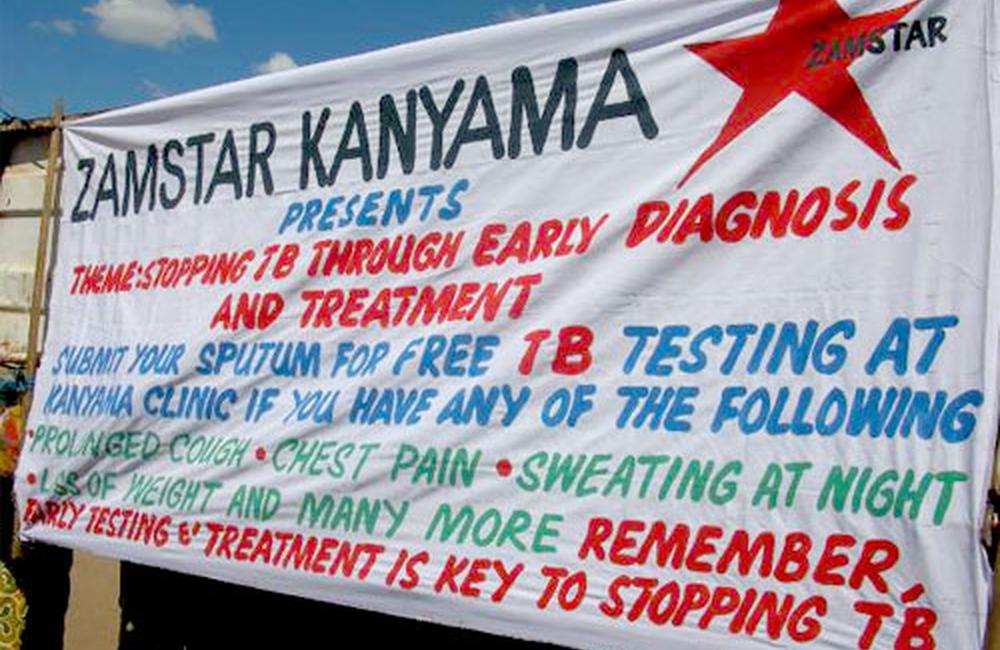 Similarly, community sputum collection points where individuals can go to provide a sputum sample for TB detection, without having to wait to see a nurse or doctor, have proved very popular in Zambia.

Rates of diagnosis for both TB and HIV remain very low, and even when a person is diagnosed with one infection, screening for the other infection may not take place.

Furthermore, even if people have symptoms that might indicate active TB, their likelihood of having those symptoms fully investigated is low. A community survey in Zambia in 2006 among 9000 people who identified themselves as suffering from persistent cough found that only half had attended a health facility as a result, said Dr Helen Ayles of the London School of Hygiene and Tropical Medicine.

Just less than half who attended a health facility were asked to produce sputum in order to test for TB, and just 5% of all those questioned eventually started TB treatment, despite a local TB prevalence of 960 cases per 100,000 and a local HIV prevalence of 26%.

Given these barriers, TB specialists working in countries with a high burden of both TB and HIV have been asking how rates of diagnosis and access to care can be improved, as a first step towards reducing the burden of TB in these settings.

In Zambia, the ZAMSTAR study, led by Dr Helen Ayles, is currently comparing approaches to TB case-finding and TB/HIV service delivery. As part of its enhanced community case-finding strategy, the study is running community sputum collection points, as well as open access sputum collection points at health facilities. These require no appointment and no nurse time and will provide a result to patients within 48 hours.

A big advantage of these schemes, said Dr Ayles, is that they avoid concentrating patients with potentially infectious TB in crowded waiting rooms for long periods. People with suspected TB are very happy with the speed of the process, and keen to be tested when the barrier of extended waiting time is removed. Nearly 40% of the sputum samples being processed in the laboratories used by ZAMSTAR now come from community collection points, showing how much the innovative method is extending the reach of TB case-finding efforts.

Community sputum collection is also having other unforeseen benefits.

In Malawi, for example, research led by Dr Liz Corbett of the London School of Hygiene and Tropical Medicine has found that when compared with door-to-door VCT conducted by health care workers, the possibility of self-testing was much more attractive.

Self-testing using an oral saliva test has already been piloted in Malawi, and proved highly acceptable, said Dr Corbett. Ninety-one per cent of a sample of 260 randomly selected Malawians offered the opportunity to carry out the oral test themselves took the test, and 99.2% got the result right first time.

“Withholding a fabulous diagnostic from the population because of concerns about their ability to handle it seems lunacy to me,” said Dr Corbett.

“The commonest feedback we had was 'Why don't we know about these tests and why isn't the government in Malawi distributing these tests to everyone each year?'”

Some people are more cautious about the use of self-testing. Jeremiah Chakaya, head of Kenya's National TB Control Programme pointed to the recent case of a Kenyan policeman who went on a rampage and shot ten people after learning that he was HIV-positive.

“HIV and sexually transmitted infections will remain stigmatised for a long time to come. There are absolutely no issues with the accuracy of the test but we shouldn't promote self-testing without dealing with stigma.

“Disclosure is a big problem, as we can see from the preference for self-testing in Malawi. Will people go to their doctor and say 'I did a self-test yesterday and I am HIV-positive', or will they go into themselves and get depressed and get angry?” he asked.

There's also concern about forcible testing; some people raised concerns at the conference about the potential use of the tests to forcibly test partners or family members.

“If you can't even negotiate condom use, how are you going to deal with it when your husband brings an HIV test kit home?” asked one delegate from South Africa during a debate on self-testing.

“One of the big things about self-testing is that couples really like it,” said Dr Liz Corbett. “Women are being tested through the PMTCT programme and men are using their status as a surrogate for their own status. Women told us 'If we take the test kits home our men will test with us.'”

Concerns also exist about the effect of self-testing on sexual behaviour in those who test negative. There is some evidence from studies of voluntary counselling and testing that a negative test is not associated with a subsequent reduction in unprotected sex.

Self-testing may now be an unstoppable development, and one that the healthcare sector and community organisations will have to learn to deal with. The implications of self-testing go far beyond TB programmes.

“I think this is coming whether people like it or not, and it's already happening on quite a scale in South Africa,” said Dr Helen Ayles.

The first over-the-counter oral HIV test that can be conducted entirely at home is likely to be approved in the United States soon, opening the door to approval in many other countries.

Anecdotal evidence suggests that individuals are already gaining access to self-testing kits in South Africa, and the use of rapid antibody tests for self-testing by health care workers in Africa is widespread, acknowledged Dr Liz Corbett.

Dr Renee Ridzon of the Bill and Melinda Gates Foundation warns that self-testing is going to be necessary if antiretroviral-based prevention methods such as microbicides and pre-exposure prophylaxis become available, simply to accommodate the volume of regular testing that will be necessary to use these methods safely.

She expressed concern about the diversity of rapid tests currently available, and the potential for confusion about how to use tests accurately if multiple tests with different operating procedures are in circulation.

“Some test kits remain positive for ten minutes, others for 20 minutes. There's a need for standardisation of the test specifications,” she said.

In a recent article in the South African Medical Journal, Marlise Richter of Ghent University, Francois Venter of the Reproductive Health and HIV Research Unit at University of Witwatersrand, and Andy Gray of the University of Kwazulu Natal argued that the way in which HIV tests kits are regulated in South Africa is yet another example of 'AIDS exceptionalism'.

They say that self-testing should be enabled by a new regulatory regime in South Africa that would allow anyone to buy a test kit, supplied with written information about the test and the window period, together with a clear warning that testing another person without their consent is illegal. The test should be backed up by a toll-free hotline.

“Self testing changes the paradigm from 'people with a disease' to people taking responsibility for their health, but it will require empowerment,” said Dr Rony Zachariah of Médecins sans Frontières.

The tribunal concluded that BioSure’s HIV self-test “is substantially based upon and incorporates Chembio Confidential Information in material breach” of the distribution agreement. BioSure has been ordered to immediately stop making, using, offering for sale, or selling the BioSure HIV Self Test.
GlobeNewswire
24 Nov 21
Self-testing & home testing

The verdict on digitally-supported HIV self-testing

On average, field workers categorized test results with just over 92% accuracy, while the app's AI algorithm did so with an impressive 98.9% accuracy.
FierceBiotech
22 Jun 21
Access to healthcare

The market for HIV self-tests in low and middle income countries, but has been dominated by a single affordable test. Today, Unitaid is announcing a significant market expansion and price reduction of around 50%, thanks to an agreement with Viatris (through its subsidiary Mylan), which will see blood-based HIV self-tests made available for less than $2 each in 135 eligible countries.
Unitaid
28 Apr 21
Self-testing & home testing

Health Canada granted a medical device licence on Monday to a one-minute, finger-prick blood test manufactured by Richmond, B.C.-based bioLytical Laboratories. Canada follows dozens of other countries in greenlighting the technology, which has been endorsed by the World Health Organization as a tool to reduce the number of people with undiagnosed HIV.
CBC
4 Nov 20
More editors' picks