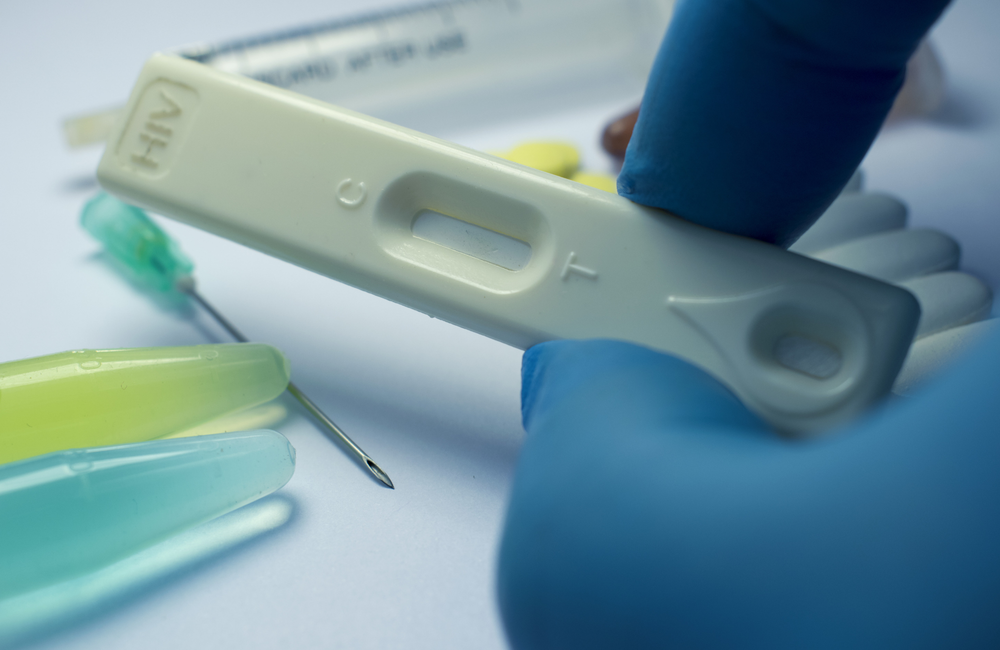 A strategy involving the targeted testing of gay and other men who have sex with men (MSM) for acute HIV infection is feasible and leads to immediate initiation of antiretroviral therapy (ART) and reduced time to viral suppression, investigators from Amsterdam report in Clinical Infectious Diseases.  The proportion of acute HIV infections (of all new HIV diagnoses) increased from 0.6% to 11% after implementation of the strategy and the average time from diagnosis to viral suppression was almost halved.

“The implementation of a strategy for rapid acute HIV infection diagnosis in MSM linked to immediate combination antiretroviral therapy proved feasible at the Amsterdam STI clinic, and was temporally associated with a higher acute HIV infection yield, and a significant reduction in the time from HIV diagnosis to viral suppression, in relation to standard of care,” comment the authors.

“The recommendation for universal use of combination ART dramatically decreased time from diagnosis to viral suppression: from 584 days in 2008-2011 to 95 days in 2015-17,” add the investigators. “The interventions of the acute HIV infection strategy decreased the time from diagnosis to viral suppression even further to 55 days.”

Identifying people with HIV as early as possible and immediately linking them to HIV care so that ART can be started is crucial to reducing the rate of new HIV infections. People with acute HIV infection – the period immediately after infection when the body is first responding to HIV – have a very high viral load, meaning they have a high risk of transmitting the virus to a partner during condomless sex. Research involving gay and bisexual men in the Netherlands has shown that 43% of onward HIV transmissions occur in the first 12 months of infection and 71% from undiagnosed men.

Acute HIV can be diagnosed using HIV-RNA (viral load) and antigen/antibody tests. But confirmation of results and linkage to HIV care usually take several days, leading to a delay in ART initiation and extending the time to viral suppression.

In 2015, Dr Maartje Dijkstra and colleagues at the Amsterdam STI clinic implemented a strategy to rapidly diagnose and treat acute HIV among MSM. This involved point-of-care viral load testing, immediate linkage to HIV care and same-day ART initiation. The strategy was backed by a media campaign to increase awareness of acute HIV among MSM, including an online symptom checker and risk assessment tool.

The researchers wanted to determine the feasibility of their strategy, its impact on the rate of acute HIV diagnosis and also its effect on the time to ART initiation and viral suppression. This is the first study of rapid initiation of ART to focus specifically on people with acute HIV.

The researchers examined data collected from clinic attendees between 2008 and 2017, analysing diagnoses made under different HIV treatment and testing strategies:

During the study period, approximately 20,000 HIV negative or undiagnosed MSM made 64,000 visits to the STI clinic. The overall yield of acute HIV increased from 0.6% before the strategy was introduced to 11% after.

Analysis of the records of 1013 men diagnosed between 2007 and 2017 showed that approximately two-thirds had confirmed linkage to HIV care before the implementation of the acute HIV strategy. This increased to 79% among those tested as part of the strategy. Linkage to care could not be confirmed for some people as they had given incorrect or incomplete postcode information.

The median time from diagnosis to ART initiation fell from 439 days in period 1 (treatment initiation with a CD4 cell count below 500) to 29 days in period 3a (universal ART). This was reduced to just one day with the acute HIV infection strategy.

The strategy also had clear benefits in terms of time to viral suppression, which was reduced to just 55 days, compared to 95 with universal ART as standard of care.

However, there was little evidence that the targeted public information campaign about the symptoms and significance of acute HIV encouraged people to come forward for testing. The researchers say that this “warrants critical evaluation of the benefits of the campaign.”

Dr Dijkstra and colleagues conclude that targeted testing for acute HIV is feasible, resulted in a high yield of acute HIV diagnosis and also had benefits in terms of immediate update of ART. They recommend that “future studies should assess the impact of early diagnosis and immediate combination ART initiation on HIV incidence in Amsterdam, as well as MSM’s experiences with immediate combination ART initiation, long-term retention in care, and cost-effectiveness.”

Dijkstra M et al. Decreased time to viral suppression after implementation of targeted testing and immediate initiation of treatment of acute HIV infection among men who have sex with men in Amsterdam. Clinical Infectious Diseases, online ahead of print, May 2020.

Advocates say that Ending the HIV Epidemic (EHE) initiative will likely fall short of its current goals not just because of the COVID lag or steps the feds are not taking, but because funding within EHE doesn’t fully reflect the scope of need of people living with or at risk for HIV.
TheBody
7 Feb 23
HIV testing programmes & uptake