Prescription of generic versions of antiretroviral drugs for treatment and pre-exposure prophylaxis (PrEP) as soon as they come off patent would save the NHS £7 billion between 2018 and 2033, an analysis led by Public Health England has shown.

By 2021, use of generic antiretrovirals wherever available would save the NHS £500 million a year, but only if doctors rapidly switch to prescribing generic products as soon as they become available.

The researchers looked at what would happen to the cost of treatment if doctors switched to prescribing generic versions of antiretroviral drugs as soon as market exclusivity on the original branded product ran out and generic versions became available.

The analysis assumed that everyone would be treated according to patterns of drug prescription in 2016. The study used data from the HIV and AIDS Reporting System, which gathers anonymised data on all patients receiving HIV care at all HIV outpatient clinics in England, including information on drug regimens prescribed and patterns of drug usage including switches to new regimens.

Antiretroviral cost data were taken from the British National Formulary (BNF) 2015, which lists the price agreed with the NHS. Local costs may vary according to tendering agreements between hospitals and pharmaceutical companies, so use of BNF data will tend to overestimate the cost of branded products somewhat.

Generic drug costs were estimated as being 10% or 50% of the price of branded products. The researchers estimated an average life expectancy of 78 years for people living with HIV in care in 2016.

First of all, the researchers modelled the lifetime cost of antiretroviral treatment for everyone with HIV receiving care in England (85,000 people) based on patterns of drug usage in the HIV and AIDS Reporting System. This analysis was designed to capture changes over time in the cost of treatment as people moved to more complex regimens or newer drugs that are still on patent.

Then, the researchers looked at two scenarios:

The lifetime cost of antiretroviral treatment varied from £193,000 (discounted at 3.5%) to £404,300 (undiscounted) according to the inflation rate. The annual cost varied from £7173 to £10,017 per year and tended to be lower during the first 20 years after diagnosis. Non-antiretroviral HIV care costs amounted to £1450 per year.

The cost of prescribing PrEP to 50,000 people would be £21.6 million a year if generics were used at 10% of the price of branded products. This expenditure would avert £29.8 million of HIV care costs over five years and £124 million over a lifetime, assuming 1000 infections were averted. 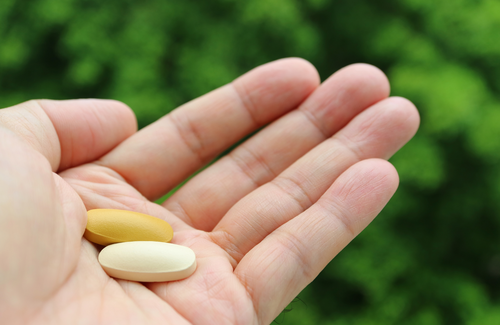 The researchers emphasise the importance of rapid switching to generic use after they become available to realise substantial cost savings.

Current treatment guidelines recommend the use of an integrase inhibitor (raltegravir, elvitegravir or dolutegravir) or the non-nucleoside reverse transcriptase inhibitor rilpivirine or the protease inhibitor darunavir in combination with tenofovir and emtricitabine.

Potential savings might be lower if integrase inhibitors predominate in first-line treatment over the next decade, although combining an integrase inhibitor with cheaper generic products may offset this. On the other hand, a shift towards injectable treatment or newer products that will remain patented throughout the period up to 2033 would limit savings.

*the article states that the patent for this product expires in 2021 but generic versions are already available in the United Kingdom. The lowest annual cost for a generic version is £1272 p.a.

**Dolutegravir was not included in the article, details and price from British National Formulary 2019.

Combination tablet patents will persist beyond 2027.