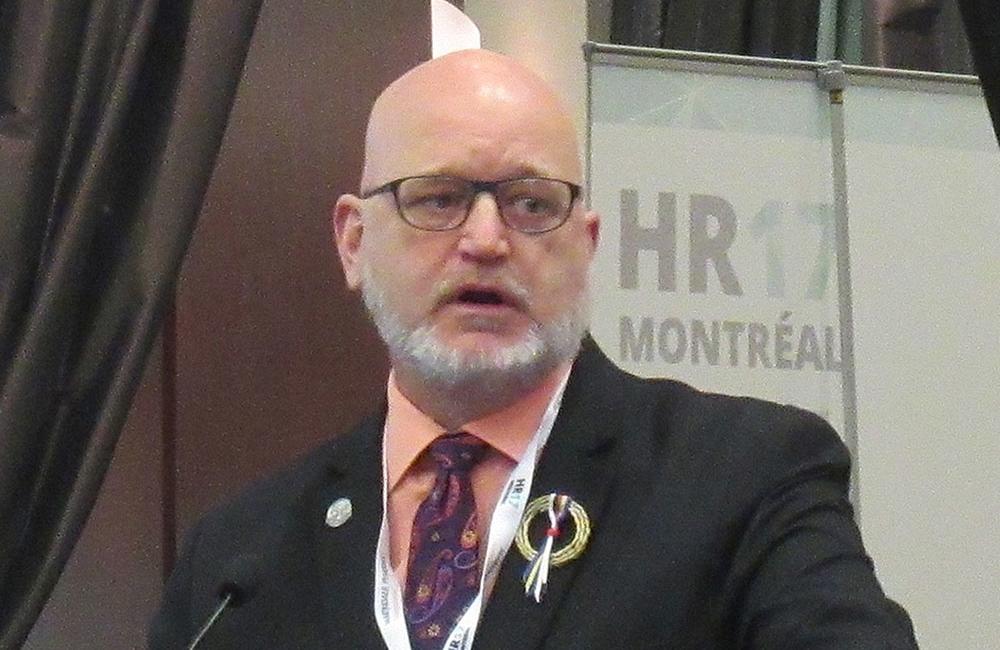 Hydromorphone was as effective as pharmaceutical heroin for opioid addiction treatment, but it was associated with fewer serious side-effects, according to results from the SALOME trial presented yesterday at the 25th International Harm Reduction Conference (HR17) in Montréal.

These findings suggest that both hydromorphone and heroin should be included among the treatment options for opioid dependence, allowing providers to tailor treatment to the individual, said study co-investigator David Marsh of Northern Ontario School of Medicine.

Methadone and buprenorphine are the standard medications used for opioid substitution therapy, but they do not work for everyone. Around 15 to 25% of people who inject heroin will not respond well to methadone. European studies have found that diacetylmorphine – the active ingredient in heroin – can be more effective for this population.

Heroin-assisted treatment has a long history in the UK and is offered in European countries including Denmark, Germany, the Netherlands and Switzerland. Research has shown that it improves outcomes for selected patients, decreasing illicit drug use and its associated social and health-related harms. No one worldwide has ever died of an overdose in heroin-assisted treatment, Marsh said.

The NAOMI (North American Opiate Medication Initiative) study, a phase 3 randomised controlled trial conducted in Vancouver and Montréal, was the first major North American study comparing injectable diacetylmorphine versus oral methadone. As previously reported, participants who received heroin were more likely to stay on treatment and to reduce illicit drug use and other illegal activities.

But heroin remains illegal for this purpose in most countries. Hydromorphone (brand name Dilaudid) is a semi-synthetic morphine derivative that works similarly to heroin, but it is an approved painkiller and is widely legally available for medical use.

The phase 3 SALOME (Study to Assess Long-term Opioid Medication Effectiveness) trial, conducted at the Providence Health Crosstown Clinic in Vancouver's Downtown Eastside, evaluated whether hydromorphone is as effective as diacetylmorphine for the treatment of long-term opioid addiction.

The earlier NAOMI study included a small group of participants who received injectable hydromorphone to validate self-reports of ongoing drug use, because unlike diacetylmorphine it can be distinguished from illicit heroin on a urine test.

Some participants couldn't tell the difference between hydromorphone and diacetylmorphine, prompting researchers to conduct a larger study comparing these two drugs, Marsh said.

SALOME enrolled 202 participants between 2011 and 2013. About 70% were men, the mean age was 44 years and a third were of aboriginal origin; 60% reported being homeless or unstably housed.

The participants were long-term chronic street opioid users, with at least a five-year history of heroin use (mean 15 years) and regular heroin or other opioid injection during the past year. On average they had been on methadone maintenance therapy for almost five years, but had been abstinent from illicit drugs for just seven months, Marsh said.

Participants were randomly assigned to receive injectable diacetylmorphine or hydromorphone up to three times a day for six months, self-administered under the supervision of nurses at the clinic.

The study showed that hydromorphone was non-inferior to diacetylmorphine in reducing use of any illicit opioid, both in an intent-to-treat analysis (5.50 vs 3.15 days of use) and a per-protocol analysis that excluded people who did not complete treatment (4.08 vs 2.64 days of use). However, hydromorphone did not quite match diacetylmorphine in reducing street heroin use specifically in the intent-to-treat analysis.

Hydromorphone was statistically superior in decreasing positive urine tests, Marsh reported. In an intent-to-treat analysis 21% of urine tests were positive in the hydromorphone groups versus 30% in the diacetylmorphine group. Hydromorphone recipients also reported fewer days of illegal activity and less crack cocaine use. (Results were previously published in JAMA Psychiatry.)

"Where possible, both diacetylmorphine and hydromorphone should be incorporated into the addiction treatment repertoire for opioid dependence refractory to existing therapies," the researchers concluded. "In jurisdictions where diacetylmorphine is currently not available, hydromorphone provides a safe, effective and licensed alternative."

"We should by no means take the results of this trial to assume that heroin or hydromorphone would completely replace methadone," Marsh stressed. "Like any other health condition, we need to have multiple medications to be able to tailor a treatment regimen that matches the needs of the individual at that time."

NAOMI and SALOME not only demonstrated the effectiveness of alternatives to methadone, they also paved the way for heroin-assisted treatment in North America – an arduous process that even involved a lawsuit against the Canadian federal government.

NAOMI and SALOME participants have formed a lasting community that continues to advocate for ethical research involving drug users and to fight the stigma surrounding heroin use, whether in a clinical trial or on the streets.