Heroin combined with fentanyl is driving overdose crisis in US 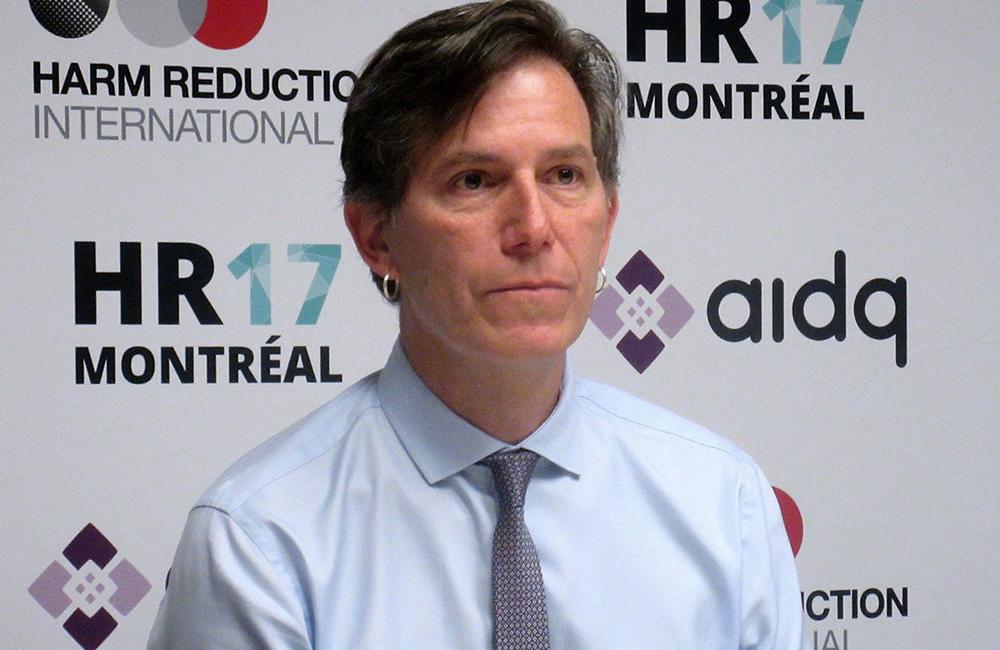 New sources of heroin and increasing adulteration with fentanyl and other stronger analogues are contributing to a growing epidemic of opioid overdose deaths in several regions of the US, researchers reported at the 25th International Harm Reduction Conference (HR17) last week in Montréal.

Nationally, heroin-related overdoses rose by 8% annually from 2006 to 2013, according to Dan Ciccarone of the University of California San Francisco. But the increase was as high as 50% in some states in Appalachia and the Southeast, and 30 to 40% in the Northeast and Atlantic Seaboard regions.

For the past decade the US has been in the throes of an opioid epidemic, largely concentrated in suburban and rural areas. In January the Centers for Disease Control and Prevention (CDC) reported that drug overdose deaths, mainly due to prescription pain relievers and heroin, accounted for more than 28,000 deaths in 2014, exceeding deaths from motor vehicle accidents and gun homicides combined. In addition to overdose deaths, the epidemic has also led to outbreaks of HIV and hepatitis C.

For the Heroin In Transition (HIT) study, Ciccarone and Jay Unick of the University of Maryland looked at government data from the US Drug Enforcement Administration (DEA) and National Forensic Laboratory Information System, which show changes in heroin supply, formulations and contamination. They also analysed healthcare databases to assess national and regional trends in heroin-related overdoses, hospitalisations and deaths.

Law enforcement seizures of fentanyl rose 134% from 2009 to 2014, Ciccarone reported. In contrast to the dramatic increase east of the Mississippi River, the overdose rate has been roughly stable on the West Coast because it has not seen a big influx of fentanyl like other parts of the country, he said.

This fentanyl is generally clandestinely produced using precursors from China, not diverted pharmaceutical fentanyl, according to the DEA. Agencies are also increasingly seeing other related synthetic opioids – some of which are even stronger – including acetyl fentanyl, furanyl fentanyl and the animal tranquiliser carfentanil.

Typically drug users intend to purchase heroin and unknowingly get products contaminated with fentanyl, Ciccarone said. Because fentanyl is so much stronger than pure heroin – around 30 to 40% stronger by weight – people injecting what they think is their usual dose are at risk of fatal overdose. Another study presented at the conference showed around 80% of tested drug samples at a Vancouver supervised injection site contained fentanyl.

Drug 'signature' studies revealed that Mexico has displaced Colombia as the major source of heroin flowing to states in the Midwest, New England and the Southeast. Solid black or brown 'tar' heroin from Mexico has long been common on the West Coast, but the new Mexican heroin is a light-coloured powder similar to the Colombian product that previously predominated in the east. Furthermore, an increasing proportion of seized heroin is coming from unknown sources, Ciccarone said.

New Mexican-sourced heroin, novel formulations with likely adulteration, and the rise of fentanyl and other stronger heroin analogues "makes heroin use more unpredictable and deadly than ever before," the researchers concluded.

Ciccarone argued that the opioid epidemic should be treated less as a drug epidemic and more as a poisoning epidemic, warranting more proactive surveillance and testing of drugs themselves – not just people who use drugs. He also urged faster response to overdose by making naloxone widely available to people who use drugs and their loved ones, more harm reduction services and more evidence-based treatment for drug addiction.

"If synthetic opioids are in fact becoming the new norm in terms of distribution and consumption, then drug checking and supervised injection sites ought to become the new public health norms too," said Rick Lines, Executive Director of conference convenor Harm Reduction International.

"Just as the AIDS crisis produced innovation in public health strategies such as condoms and sterile syringe exchange, so too the opioid crisis we are presently experiencing has the potential to be a game changer," Ciccarone concluded. "This is an epidemic of crisis proportions, but like HIV it's a crisis of opportunity. HIV came down dramatically because of treatment and prevention and activism, and the same thing will turn around the drug overdose epidemic in the United States."