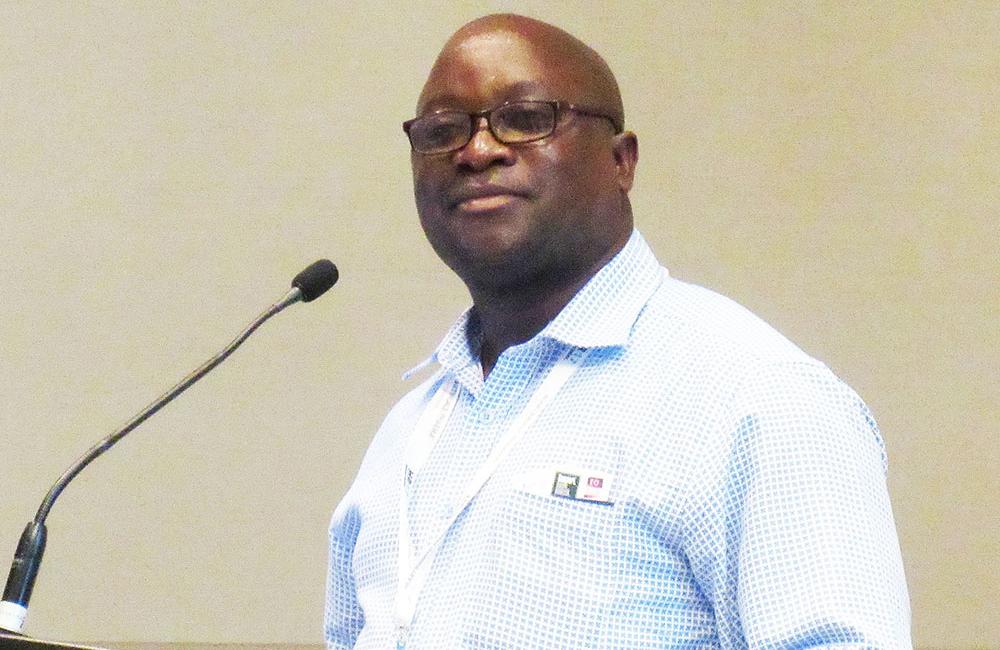 An integrated programme offering medication-assisted drug addiction treatment and services aimed at preventing mother-to-child HIV transmission led to improved outcomes for opioid-dependent HIV-positive mothers and their babies, according to a presentation at the 25th International Harm Reduction Conference (HR17) this week in Montréal.

Benjamin Kirimo presented findings from a study of an integrated MAT and prevention of mother-to-child transmission (PMTCT) project in Malindi, a town on the Indian Ocean coast of Kenya with a population of around 54,600.

The surrounding Kilifi County has an estimated HIV prevalence of 4.4%; in 2015 around 651 adults and 60 children were newly infected. The county has 107 PMTCT sites and 1074 women need these services, Kirimo said.

Kenya was among the first countries in sub-Saharan Africa to introduce opioid substitution therapy using methadone. Around 2000 people in Malindi inject drugs, 10% of whom are women. The overall prevalence of HIV among people who inject drugs in Kenya is 18% – about three times that of the general population – rising to 45% among women who inject drugs.

In 2015 the Kilifi County government and Ministry of Health, in collaboration with USAID and the United Nations Office on Drugs and Crime, introduced medically assisted treatment at a Malindi hospital. Men who inject drugs and all opioid-dependent women – regardless of method of administration – were eligible.

Upon entering the programme clients were screened for HIV, hepatitis B and C, and syphilis, and women received pregnancy tests. Those who were not pregnant were offered family planning counseling, oral contraception and condoms. Pregnant women were followed at MAT and prenatal care clinics until delivery.

Women often stop menstruating while using heroin and methadone can sometimes restore fertility. Though the women were generally aware of this, their use of contraception was low, Kirimo said.

Babies born to women taking methadone or other opioids may experience withdrawal symptoms after delivery, known as neonatal abstinence syndrome (NAS). If severe, this is typically managed with tapering doses of morphine. National guidelines in Kenya do not address care for infants exposed to both opioids and HIV.

This analysis included 43 women on medically assisted treatment. The median age was 29 years and they had used drugs for six years on average. Almost all used more than one drug and 76% reported injecting. Twelve of the women (29%) were HIV-positive; three-quarters were on ART at baseline. Three women had co-infection with hepatitis B, three with hepatitis C and one has all three viruses. None had tuberculosis.

Nine of the women became pregnant while on medically assisted treatment. More than three-quarters attended prenatal care visits during every trimester, but 11% did so only during the third trimester. Methadone doses were adjusted upwards as pregnancy progressed, then back down again after delivery.

HIV-positive pregnant women started ART if they were not already on it, along with cotrimoxazole for infection prophylaxis. HIV-exposed infants received nevirapine and cotrimoxazole. Mothers were encouraged to breastfeed exclusively, as mixed feeding of breast milk plus formula or food increases the risk of HIV infection.

The women gave birth to six live infants, including one by Cesarean section. The infants were full-term and birth weight and APGAR scores (used to assess an infant's physical condition) were within normal ranges. More than 80% of the babies were breastfed.

One infant born to an HIV-positive mother had negative HIV PCR tests at six weeks and again at six months, confirming that transmission did not occur. Exclusive breastfeeding was stopped at that point.

Integrating MAT with PMTCT "significantly improves pregnancy outcomes for HIV-infected and opioid-dependent mothers," the researchers concluded. "Scale up of PMTCT and HIV care for females who use drugs is warranted."

"In resource-limited settings exclusive breastfeeding of HIV- and opioid-exposed infants with early interventions at birth is the way to go," they added.

Kirimo noted that it is important to watch infants for withdrawal symptoms again when breastfeeding is stopped – although only a small amount of methadone is transferred in breast milk – but in this case the baby had only mild symptoms.