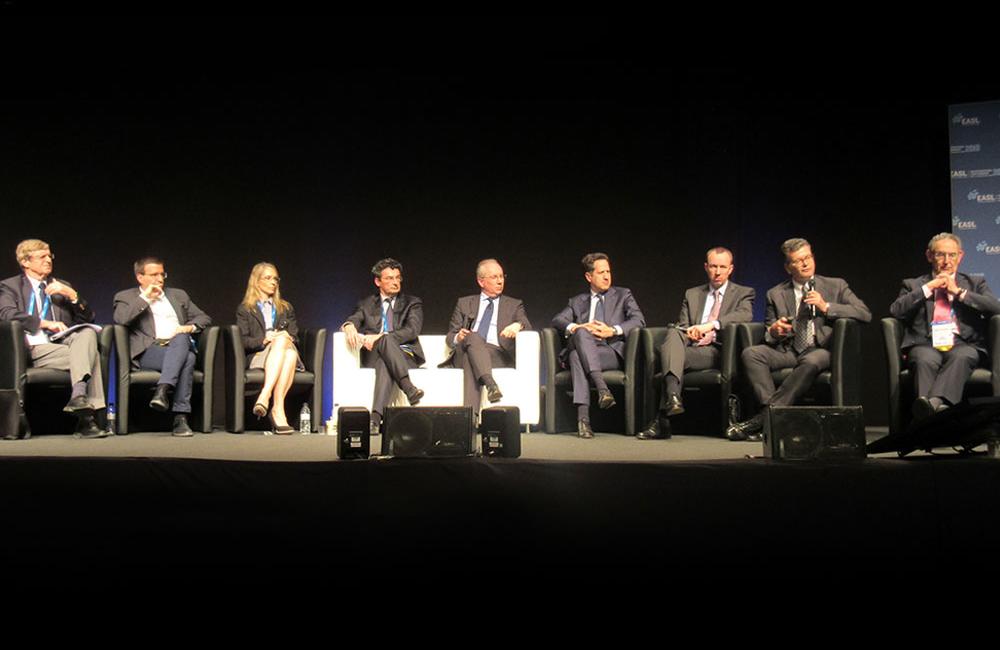 In April, coinciding with the 2016 International Liver Congress in Barcelona, the World Health Organization (WHO) released an update to its Guidelines for the screening, care and treatment of patients with chronic hepatitis C infection. The guidelines promote the transition to newer, more effective direct-acting antiviral (DAA) medications that have the potential to cure most people living with hepatitis C. Also during the meeting the European Association for the Study of the Liver (EASL) announced it would update its hepatitis C treatment guidelines at a special conference in September.

Unlike the AASLD/IDSA American hepatitis C guidelines, the EASL guidelines must offer recommendations that are appropriate for several different countries with varying drug approval schedules and payment mechanisms. The WHO guidelines are even more broad, applying to low- and middle-income countries where new DAA drugs are not yet available, health budgets are limited and many people have the less extensively studied HCV genotypes 4, 5 and 6.

Approximately 130-150 million people worldwide are thought to be living with chronic hepatitis C, and each year an estimated 700,000 die from HCV-related complications, according to WHO. Over years or decades chronic HCV infection can lead to cirrhosis, liver cancer and end-stage failure, and hepatitis C is a major indication for liver transplantation.

The field of hepatitis C treatment has evolved rapidly and several new DAAs have been approved since WHO issued its first hepatitis C guidelines in 2014.

Well-tolerated interferon-free DAA regimens can now cure more than 90% of people with chronic hepatitis C, usually in 8-12 weeks, with good outcomes even for hard-to-treat patients such as those with advanced liver cirrhosis and non-responders to previous treatment attempts. In contrast, the older interferon-based therapy lasted 6-12 months, caused difficult side-effects and only cured about half of patients who tried it.

The goal of the WHO guidelines is to provide evidence-based treatment recommendations using DAA-only combinations, if possible, suggesting 'preferred' regimens based on a patient’s HCV genotype and clinical history.

WHO acknowledges that implementation of the recommendations may not be immediate because the new treatments are expensive and not yet approved in many countries. However, the introduction of generic versions of some DAAs has led to much lower cost relative to wholesale prices in the US. DAAs have now been added to WHO's Model List of Essential Medicines.

Sessions at the International Liver Congress explored how the new guidelines are being implemented in low- and middle-income regions including South Asia, Africa and Eastern Europe.

"The updated guidelines are intended to promote the scale-up of HCV treatment, particularly in low- and middle-income countries where few people currently have access to hepatitis treatment, despite also being where most people with HCV live," according to a WHO press statement. "Because the prices are rapidly dropping, and because the medicines are easy to use, they have the potential to dramatically reduce the number of deaths due to hepatitis C infection."

EASL released its previous hepatitis C treatment guidelines update at last year's International Liver Congress in Vienna. This year the EASL panel members discussed the guidelines and announced that the next revision will be released at a special meeting, New Perspectives in Hepatitis C Virus Infection – The Roadmap for Cure, to be held September 23-24 in Paris.

The panel decided to delay the release to wait for European approval of newer DAAs, said guidelines co-ordinator Jean-Michel Pawlotsky of Henri Mondor University Hospital. The grazoprevir/elbasvir (Zepatier) co-formulation, approved in the US this past January, is expected to receive European Union approval this summer.

Massimo Puoti of Ospedale Niguarda Ca' Granda in Milan emphasised that all hepatitis C patients should be treated, except those with a short life expectancy due to other causes, in consideration of both individual health and the public health benefit of preventing HCV transmission.

"Every hepatitis C patient has a right to be treated," Prof Pawlotsky concurred. "People misunderstand prioritization. A good reason is that we cannot treat everyone at once so we treat those with advanced disease first. A bad reason is not to treat because it's too expensive."

With regard to repeat treatment of people who become reinfected with HCV, panel members agreed that this should not be limited. "In medicine we don't punish people for their behaviour," stressed Christoph Sarrazin of JW Goethe University Hospital in Frankfurt. Geoffrey Dusheiko of the Royal Free Hospital in London suggested that people who are reinfected should in fact be prioritised for re-treatment because they're likely to also be HCV transmitters.

Duration of treatment remains subject to debate. Prof Pawlotsky asked if everyone starting therapy for the first time should be treated for 12 weeks to make it simple and to be safe, even if it meant some people would be 'over-treated'.

Shorter treatment is more convenient, less expensive and encourages adherence, but shortening it too much raises the risk of relapse. HIV/HCV co-infected people, for example, will need longer than six weeks, Prof Pawlotsky suggested.

When treating people with HCV genotype 3, Alessio Aghemo of the University of Milan also argued for more intensive treatment to be safe. Sofosbuvir/daclatasvir plus ribavirin has been shown to be effective, and he suggested that 24 weeks is an optimal duration and ribavirin should not be omitted for patients with cirrhosis. "We can manage the side effects," he said.

Noting that patients with cirrhosis with genotype 3 are especially difficult to treat, Prof Dusheiko argued that this group should be prioritised for treatment before they develop advanced liver disease.

Turning to patients with decompensated liver disease, Xavier Forns of the Hospital Clinic of Barcelona noted that about 15% of patients on transplant waiting lists can be delisted after being cured of hepatitis C. It is unclear why some patients improve and others don't, but "there's a point of no return," he warned.

Prof Sarrazin argued that baseline resistance testing is not necessary for first-line treatment. Prof Pawlotsky added that while resistance tests are not recommended, they are also not forbidden if they are available and affordable. "If you have access they can help you, but without them you can still treat patients successfully," he said.

Finally, the panel members discussed some of the remaining medical challenges of hepatitis C treatment, including dealing with the adverse effects of ribavirin, the risk of using HCV protease inhibitors for patients with a history of decompensated cirrhosis and the unexpectedly high recurrence of liver cancer after DAA therapy compared to patients treated with interferon.