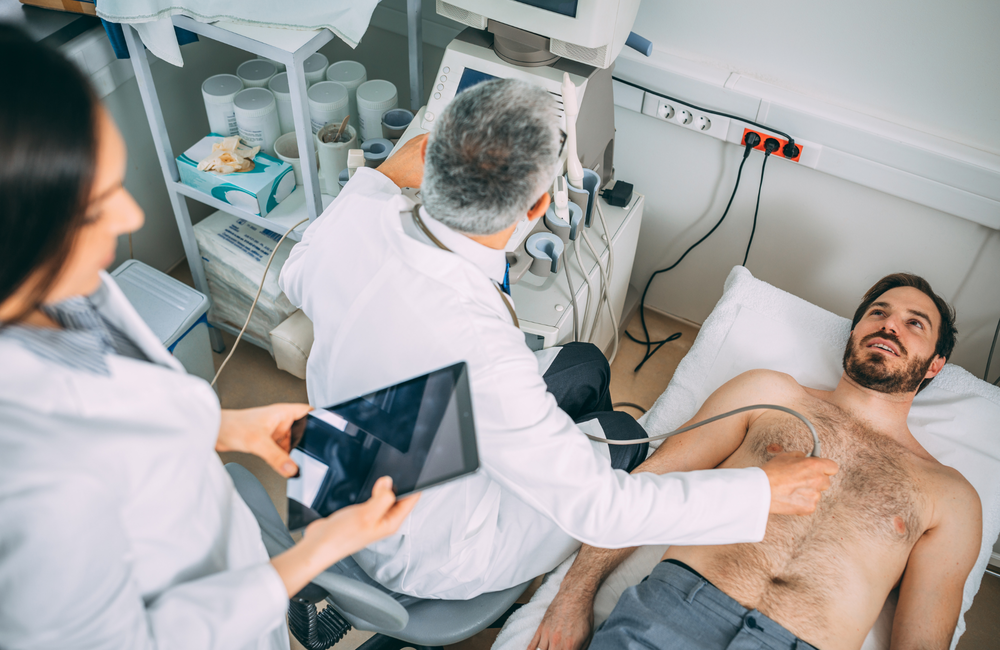 Gutesa/Shutterstock.com. Image is for illustrative purposes only.

Non-alcoholic fatty liver disease or liver fibrosis raised the risk of cardiovascular disease in people with HIV who have either normal body weight or are under 60, Italian and Canadian researchers report in the journal HIV Medicine.

The study investigators say that people with HIV should ideally be screened for non-alcoholic fatty liver disease (NAFLD) or referred for screening if they have a raised risk of liver fibrosis on laboratory tests, in order to identify people who may be at higher risk of cardiovascular disease.

NAFLD – the accumulation of fat in the liver – can lead to liver damage (fibrosis). NAFLD is a silent condition that is widespread in Western countries due to diet.

A systematic review and meta-analysis published in 2017 found a prevalence of NAFLD in people living with HIV of 35%, compared to a general population prevalence of 25%.

Although NAFLD is frequently accompanied by obesity, one study found that up to one in four people with HIV who had body weight in the normal range also had NAFLD.

There is some evidence that NAFLD also promotes the development of cardiovascular disease, even in the absence of metabolic syndrome.

Following on from their research into NAFLD in people with HIV with normal body weight, Italian and Canadian researchers looked at NAFLD prevalence and cardiovascular disease risk in three cohorts of people with HIV receiving care in Palermo, Modena and Montreal. Each cohort has carried out annual screening for NAFLD since at least 2018.

The study excluded people with viral hepatitis, significant alcohol intake or any prior diagnosis of liver disease. It evaluated NAFLD and liver fibrosis using Fibroscan transient elastography in 941 people with HIV.

The study population was 75% male, 86% White, 96% were on antiretroviral treatment and 78% had an undetectable viral load. The average age of participants was 54 years.

There were several substantive differences between study cohorts due to their original recruitment criteria and local populations. The Montreal cohort had a higher proportion of Black non-Hispanic participants (33%) than the Italian cohorts (<10%). Participants in the Modena cohort were far more likely to have type 2 diabetes (77%) than other cohorts (<15%) and to be taking lipid-lowering medication, but less likely to have a history of cardiovascular events.

Thirteen per cent of participants were classified as having a high ten-year cardiovascular risk using the 2018 American College of Cardiology guidelines. Twenty-seven per cent had an intermediate risk, 13% a borderline risk and 45% a low risk.

Multivariable analysis stratified by body mass index and age identified that the following factors increased the odds of intermediate or high cardiovascular risk:

“We found that the effect of NAFLD and liver fibrosis was more pronounced in lean and younger patients,” say the investigators. “Notably, NAFLD resulted in almost three times higher cardiovascular risk in lean patients.”

The study investigators say that the raised risk associated with previous treatment with zidovudine, stavudine and/or didanosine may be related to a combination of metabolic abnormalities caused by mitochondrial toxicity, as well as central fat accumulation occurring when these agents were used alongside protease inhibitors.

They say that where transient elastography screening cannot be carried out on all patients, anyone with a FIB-4 index score of 1.3 or above should be referred for screening, as a FIB-4 score below this level strongly predicts that fibrosis is not present. The FIB-4 index is calculated using age, platelet count and levels of the liver enzymes ALT and AST.