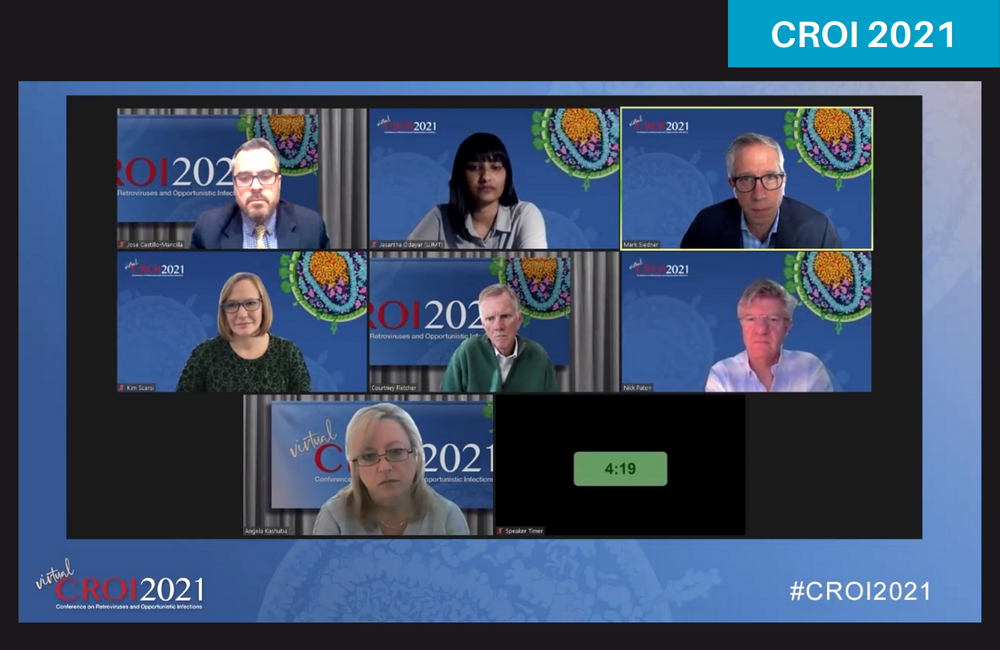 Resistance testing to trigger switching to a second-line HIV treatment regimen did not improve virological suppression nine months later in a large randomised study carried out in South Africa and Uganda, Dr Mark Siedner of Massachusetts General Hospital reported to the 2021 virtual Conference on Retroviruses and Opportunistic Infections (CROI) on Monday.

The study findings suggest that implementing resistance testing in resource-limited settings within current algorithms for changing to second-line treatment is unlikely to improve viral suppression and that a continued emphasis on viral-load testing and intensified adherence remains critical in managing first-line treatment failure.

Resistance testing can be used to look for drug resistance mutations. If drug resistance is present, an algorithm can predict which drugs are likely to be active against a person’s HIV.

Whereas resistance testing is used routinely in this way in higher-income settings, the cost and logistics of doing genotypic resistance tests that look for specific drug-resistance mutations means that the use of these tests is limited to research studies in lower-income countries. But as the cost of resistance testing goes down, testing may be a cost-effective way to ensure that expensive second-line drugs are used effectively.

A resistance test that shows no drug-resistance mutations may also be a useful prompt for intensifying adherence counselling, showing that improvements in adherence can lead to viral suppression and preservation of first-line treatment.

Siedner said that these uses of resistance testing led investigators to ask, “why don’t we move to an immediate resistance test and switch on the basis of that result?” They designed a study to investigate whether carrying out resistance testing within the current framework of World Health Organization guidelines for switching to second-line treatment resulted in improved outcomes.

REVAMP was a randomised study of resistance testing or standard management in people on failing first-line regimens with viral load over 1000 copies/ml. The study was carried out in South Africa and Uganda, recruiting 840 people without previously documented drug resistance.

Participants were randomised either to undergo resistance testing at baseline, with a subsequent decision about whether to change treatment made by trained clinic staff one to two months after enrolment, or to receive standard management of adherence counselling, followed by a viral load test two to three months later to determine if viral load remained above 1000 copies/ml. People with viral load above 1000 copies/ml after the second viral-load test were switched to second-line treatment whereas those with viral load below this level continued first-line treatment.

The study population was evenly balanced by sex, had a median age of 37 years and had been taking antiretroviral treatment for a median of three years, in most cases an efavirenz-based regimen (75% in the standard-of-care arm and 71% in the resistance-testing arm).

Nor was there a difference in the proportions with viral load below 50 copies/ml, or the proportion who achieved viral suppression on their existing first-line regimen.

In the resistance-testing arm, 66% had resistance at baseline and were recommended to switch regimen.

The study investigators concluded that resistance testing did not improve the 9-month suppression rate in this study and that interventions to improve the management of virological failure are still urgently needed.