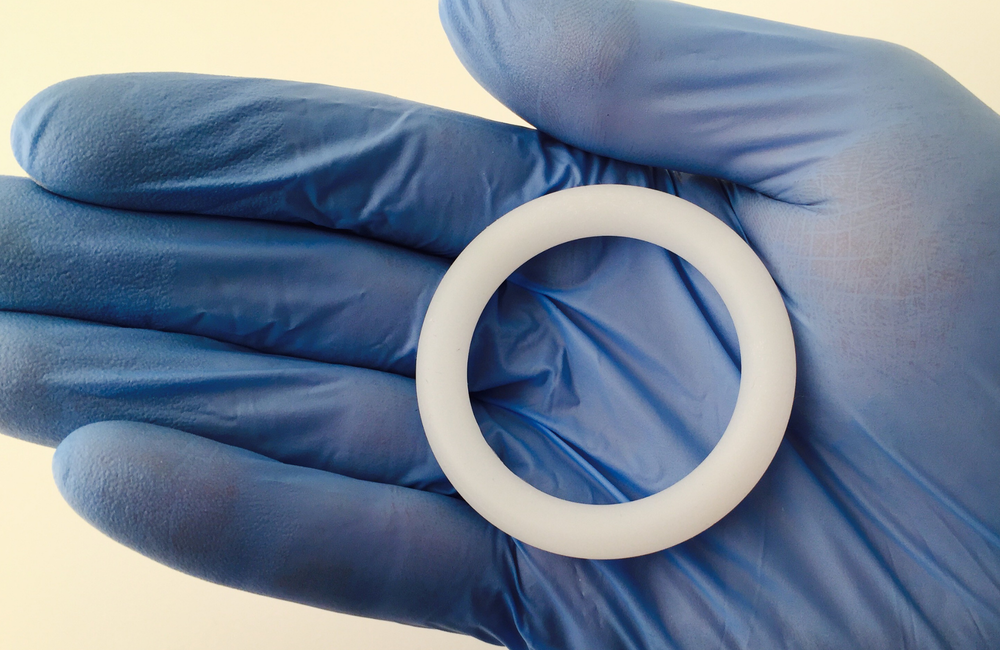 A study interviewing the male partners of women using the dapivirine vaginal ring for HIV prevention found that 41% felt the ring during sex. For most men, the ring did not affect the frequency or experience of sex, although they had some initial concerns about safety. Encouragingly, 96% of men said that they would support their partner in using the dapivirine vaginal ring again.

The dapivirine vaginal ring is inserted inside the vagina to protect the user from HIV. It has been recommended by the World Health Organization as an additional prevention choice for women at substantial risk of HIV infection. The effectiveness of the ring for HIV prevention has been estimated as between 37 and 61%.

Dr Elizabeth Montgomery and her team interviewed 54 different men at six different research sites in Zimbabwe, South Africa, Malawi and Uganda to discuss their opinions of the vaginal ring. All of the participants had female partners who had been using the dapivirine vaginal ring in the HOPE study. These women had to give consent for their partners to be contacted and the men needed to be available to participate in group interviews. Their attitudes and experiences were discussed in eleven focus groups and one in-depth interview. Researchers used models of a penis, a vulva and the vaginal ring to facilitate discussion.

In this study, published in AIDS and Behavior, 83% reported themselves as HIV negative, 69% lived with their partner and 44% were in formal employment. The researchers found that 59% did not notice the ring at all but 41% did.

There were mixed experiences described by men who had felt the ring. Men discussed how increased use of the ring over time and vaginal fluid from arousal decreased the ability to feel the ring. The placement of the ring and different sexual positions seemed to affect their ability to feel it. Some described the ring blocking entry to the vagina:

“The problem of the ring is here at the tip of the penis. When you are entering the vagina like this, the head of the penis hits the ring and you feel it. When you pull out the penis and fluids start flowing, then you stop feeling it.”

Men said that inserting the ring differently seemed to affect the ability to feel it:

“The problem I discovered is that it is possible that sometimes it can be inserted wrongly because there were times when I would hit on the ring.”

Some men who had felt the ring described positive sexual experiences:

“I searched for it… I moved the penis upwards and sometimes when I am searching for the ring when doing sex, I would feel big pleasure on the side only to find out it is the ring… I would focus on that area”.

The men felt that their partners wanted to have more sex with the ring, which was perceived both positively and negatively:

“Why I have said that the ring can promote promiscuity…I found out that when we had sex. We had sex and I was able to finish but she still wanted to continue with having sex.”

However, there was no difference in sexual pleasure, frequency or overall experience for most men who were able to feel it:

“Even if you hit on the ring, it does not affect you so much and it does not cause any pain. You hit on it and feel like you have hit on a small thing”.

Men said they would want their partner to tell them about the ring out of respect for open communication.

Some men who had felt the ring but were not aware that their partner was using it were fearful about what they felt during sex. There are very few vaginal medicines used in low-income countries, so discovery of a foreign object in the vagina during sex led to suspicion and concerns about witchcraft in some cases.

“I would be frightened and feel that this thing keeps on tickling me… Thinking maybe there was Mamlambo [the magic snake]”.

“Sometimes if you just see it [ring] and you have to do sex with her it takes some time for the penis to erect because you have noticed that something is wrong which is unfamiliar.”

Male partners’ fears about the ring could be reduced by giving them information:

“At the beginning, I wanted to know; in my mind I suspected that perhaps my wife was using some potion…For tightening her vagina. She had not explained that she was using the ring. However, when she explained this, and after I had gone through the papers which she gave me to read, I reasoned that I probably needed to push the ring further. [Laughter].… and thereafter I never felt the ring again.”

One perceived advantage of the ring was the freedom it allowed participants. The men talked about being able to have more spontaneous sex and a more pleasurable sexual experience compared to condoms. Men who didn’t use condoms for sex liked that the ring offered them some protection from HIV.

“We as men we sometimes are reluctant to use condoms but if the woman is always having the ring inside her… Then it is problem solved.”

The ring could provide useful protection for sex workers:

There are some limitations to this study. The selection of men could have been altered by the women in the HOPE trial having to give consent for them to be contacted. Women who had not disclosed their use of the ring at all or who were in potentially abusive relationships would have been less likely to consent to this and the experiences of these men are not available.

Focus group discussions were preferred to encourage men to be open about their experiences, however the attitudes of other men may have affected some of the answers. One example of this is that in one focus group in Durban, every single man reported feeling the ring, while none reported this in another group in the same city. Perceptions around penis size and the ability to feel the ring may have influenced answers in this discussion.

The researchers summarised that “Male partners felt they have an important role in HIV prevention decision-making, and that their engagement could help support and promote the benefits of ring use to other men.”

One year after the World Health Organization recommended a vaginal ring to protect women from HIV following years of research — some done in the US — the ring will not be coming to US clinics. Here's why.
Medscape (requires free registration)
25 Jan 22
Vaginal rings & topical PrEP

The nonprofit International Partnership for Microbicides (IPM) today announced that it has voluntarily withdrawn from the US Food and Drug Administration its New Drug Application (NDA) for the dapivirine vaginal ring, a woman-controlled method for HIV prevention. This decision was made following feedback during the agency’s review that current data are unlikely to support US approval at this time given the context of the current HIV prevention landscape for women in the United States.
International Partnership for Microbicides
13 Dec 21
More editors' picks