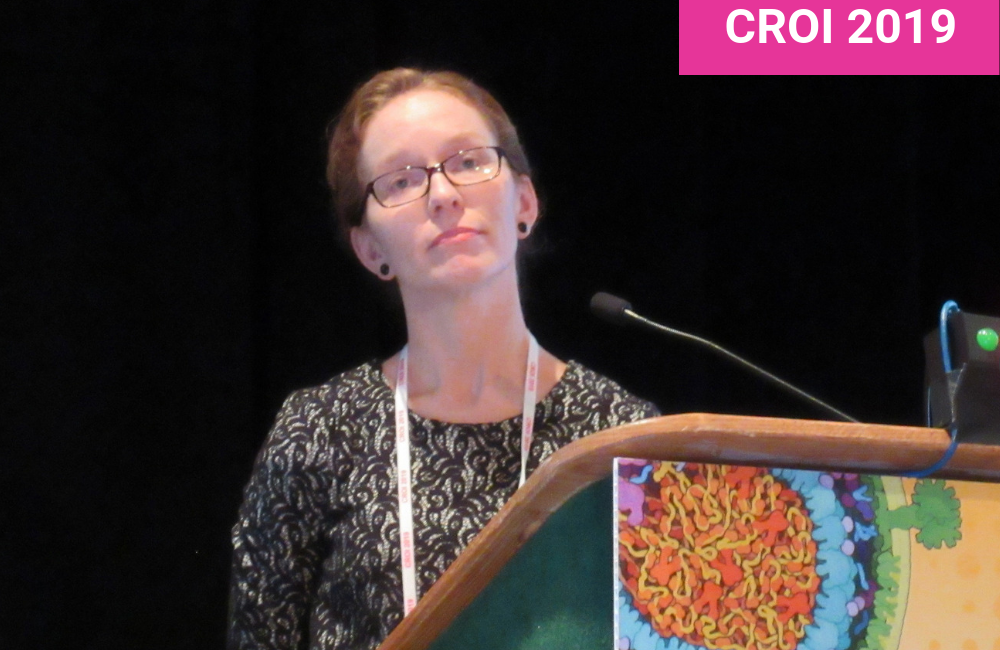 People living with HIV who have a longer duration of detectable viral load and those with low CD4 cell counts have a higher likelihood of developing liver cancer in the absence of advanced fibrosis, according to a study presented at the Conference on Retroviruses and Opportunistic Infections (CROI 2019) last week, in Seattle.

Since the advent of effective antiretroviral therapy, liver disease has become a leading cause of morbidity and mortality among people living with HIV. Over years or decades, chronic hepatitis B or C virus (HBV or HCV) infection, heavy alcohol use, fatty liver disease and other causes of liver injury can lead to development of advanced fibrosis (build-up of scar tissue), cirrhosis (severe scarring) and hepatocellular carcinoma (HCC), the most common type of primary liver cancer.

The incidence of liver cancer among people with HIV has quadrupled since 1996 and HIV-positive people have about a fourfold higher risk of developing HCC compared with the HIV-negative general population, Dr Jessie Torgersen of the University of Pennsylvania Perelman School of Medicine noted as background. But the causes of this disparity remain unknown.

Torgersen and colleagues conducted a retrospective cohort study to learn more about the influence of HIV viral load, duration of viraemia and CD4 cell count on the incidence of liver cancer, and whether this varies by cirrhosis status.

The researchers analysed electronic medical records of participants in the Veterans Aging Cohort Study, an ongoing study of HIV-positive US veterans, who had available viral load and CD4 count measurements and at least six months of follow-up between 1999 and 2015. Those with pre-existing HCC were excluded. As a measure of liver fibrosis, they used the non-invasive Fibrosis-4 (FIB-4) index, which incorporates patient age, platelet count, and alanine aminotransferase (ALT) and aspartate aminotransferase (AST) liver enzyme levels; scores above 3.25 suggest advanced fibrosis or cirrhosis.

The analysis included 2497 people (8%) with advanced fibrosis or cirrhosis and 29,836 with absent, mild or moderate fibrosis. Almost all were men, as is typical of a veterans cohort.

During follow-up, a total of 278 people were diagnosed with liver cancer. In this HIV-positive cohort, 43% of those who developed HCC did not have advanced fibrosis or cirrhosis – much higher than the approximately 13% of people who develop HCC in the absence of cirrhosis in the HIV-negative general population.

As expected, HBV or HCV co-infection was associated with a higher likelihood of developing liver cancer at any fibrosis level. People with HCV were over six times more likely to develop HCC regardless of fibrosis status. Among those with advanced fibrosis or cirrhosis, people with HBV were over twice as likely to develop HCC, while among those without advanced fibrosis, HBV was associated with nearly a fivefold higher risk.

Among people with advanced fibrosis or cirrhosis, HIV viral load and CD4 count had no significant effect on liver cancer risk. But among those without extensive fibrosis, having a higher viral load was associated with a 24% greater HCC risk and having HIV RNA >500 copies/ml for a year or more was associated with a 57% higher incidence. Further, those with a CD4 count below 200 cells/mm3 had 58% and 78% higher risk in two different models.

These findings indicate that risk factors for HCC in HIV-positive people vary by baseline fibrosis, the researchers concluded. While HBV and HCV increased HCC risk in both FIB-4 groups, in those without advanced fibrosis or cirrhosis, HIV viraemia and low CD4 count were also important. They added that this study provides the "strongest evidence to date" that HIV viraemia and low CD4 count contribute to risk of HCC.

Combination Antiretroviral Therapy and CD4/CD8 Ratio on the Risk for Kaposi Sarcoma, Non-Hodgkin Lymphoma in Patients With HIV Infection

Despite treatment with combination antiretroviral therapy (cART), patients with HIV infection with low CD4/CD8 ratios had an increased risk of developing Kaposi sarcoma (KS), and those with high CD8 counts had an increased risk of developing non-Hodgkin lymphoma (NHL), according to results of a study published in Clinical Infectious Diseases.
Infectious Disease Advisor
16 Sep 21
Cancer

Researchers demonstrated in a clinical trial in Malawi that a five-drug combination chemotherapy provided curative benefit compared to current standard-of care-therapy in people diagnosed with lymphoma, and now they have determined this option is also cost-effective. The majority of patients were also HIV-positive.
EurekAlert
24 Jul 21
Cancer