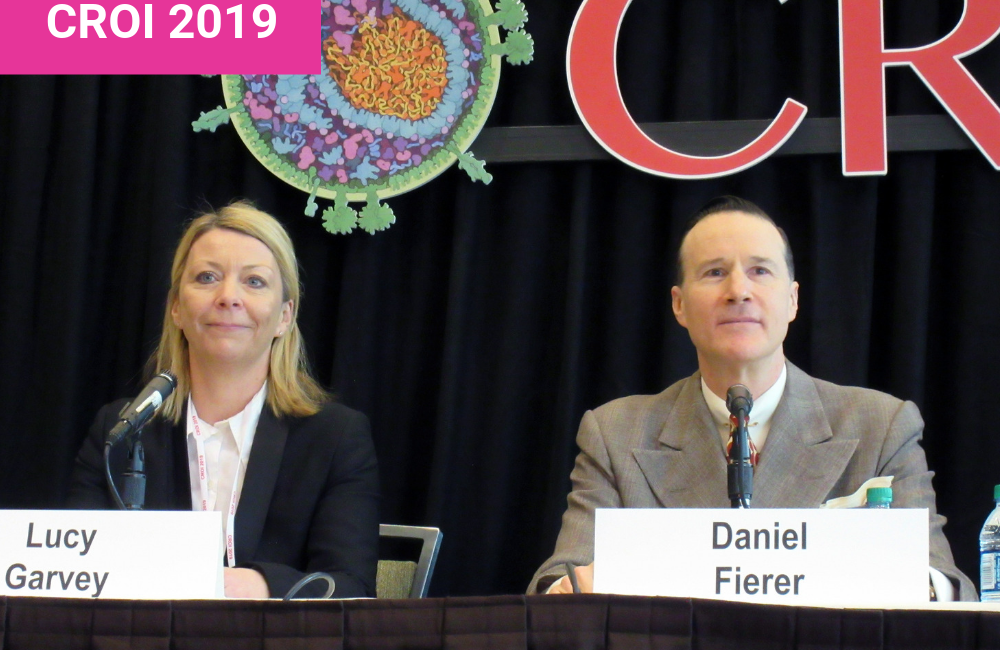 New cases of hepatitis C virus (HCV) infection among HIV-positive gay and bisexual men seen at three clinics in London have declined by nearly 70% since 2015, according to a presentation yesterday at the Conference on Retroviruses and Opportunistic Infections (CROI 2019) in Seattle.

"In order to eliminate hepatitis C as a major public health threat, we need to reduce the number of people who become newly infected or re-infected with the virus," Garvey said. "Our study has shown that greater access to new treatments, closer monitoring and screening can greatly reduce hepatitis C cases, which will lead to better outcomes for the most at-risk patients."

However, another study at the conference sheds doubt on whether it is possible to treat our way out of the HCV epidemic. Dr Daniel Fierer of the Icahn School of Medicine at Mt Sinai in New York City reported that gay and bisexual men who are cured of hepatitis C are becoming re-infected at a rate seven times higher than the primary or initial infection rate. He suggested that prevention is as important as treatment, but acknowledged that we don't really know how to prevent sexual transmission of HCV.

Now that DAAs can cure more than 95% of people with HCV in two or three months, the World Health Organization (WHO) has set a goal of eliminating hepatitis C as a public health threat by 2030; the British HIV Association aims to cure HCV in everyone with HIV and HCV co-infection by 2021. Elimination of 'microepidemics' in defined populations is a good way to start, Garvey said.

One such population is HIV-positive men who have sex with men (MSM), who appear to be mainly acquiring HCV via sexual transmission, as they mostly do not report injection drug use. Sexual transmission of HCV is quite uncommon overall, but it occurs more often among HIV-positive gay and bisexual men.

Garvey's team looked at trends in the incidence of acute HCV infection among HIV-positive MSM between July 2013 and June 2018, spanning the transition from the interferon era to the DAA era. Prior modelling studies have made projections about changes in the HCV epidemic; the present work analysed real-world experience.

As of 2016, the NHS offers access to HCV treatment at any stage of liver disease, but does not permit initiation of treatment for acute infection within the first six months (the window in which some people will clear the virus naturally) or a second course of DAAs for those who are re-infected. However, all three clinics were involved in clinical trials that provided treatment without these restrictions.

Every six months the researchers collected data on the number of first acute HCV diagnoses and subsequent diagnoses of acute HCV re-infection after treatment or spontaneous clearance, as well as the number of people treated and whether they received DAAs or interferon-based therapy.

The researchers identified 256 diagnoses of acute HCV infection during the study period; of these, 111 were first infections and 45 were re-infections. The median age at the time of diagnosis was 43 years. Three-quarters had HCV genotype 1a, followed by genotype 4 (11%), genotype 3 (7%) and genotype 1b (4%). An increasing proportion of men were on antiretroviral therapy (ART) with undetectable HIV viral load, reaching 100% on ART and 94% with viral suppression in 2018.

The proportion of re-infections relative to all acute infections rose over time, from less than a tenth (9%) in 2013 to nearly half (47%) in 2018. The treatment pathway also shifted during the study period. From 2013 to 2016, a majority of patients received or were awaiting DAAs through the NHS programme, starting therapy an average of 23 months after diagnosis. From 2016 onward, a majority were treated in clinical trials, waiting an average of 10 months.

During the earliest years of the study, people delayed treatment by more than two years, likely reflecting "warehousing" as patients eschewed interferon-based therapy while waiting for DAAs to become available. This longer wait may have increased transmission due to longer duration of active infection, Garvey explained

"In this large London cohort of HIV-positive MSM, we have observed a sharp decline in new acute HCV diagnoses since peak in late 2015 with no change to screening practices," the researchers concluded.

However, Garvey cautioned that HCV re-infection remains high and may be increasing, highlighting the need for better risk reduction strategies and determination of appropriate screening policies for HIV-positive and HIV-negative gay and bisexual men. Further, she said, the opportunity for 'microelimination' may be lost without the ability to treat people in the first months after acute infection and to treat re-infections.

The researchers identified 305 men with cleared HCV infection: 33 with spontaneous HCV clearance, 106 who achieved sustained virological response to interferon-based therapy and 166 who were cured with DAAs. The median age was 45 years, about 80% were white, nearly 20% were black and 22% were Latino. Just over half were on public health coverage such as Medicaid while the rest had private insurance. Here too, most were on ART with suppressed HIV viral load. Again, most had HCV genotype 1a.

The likelihood of re-infection did not differ according to whether clearance was spontaneous or the result of treatment with interferon or DAAs. Latinos were the only racial/ethnic group with a disproportionately high re-infection rate. Most re-infections occurred within the first two years after clearance, but were seen up to 12 years later, indicating that long-term surveillance is warranted for this population.

"Re-infections shouldn’t be stigmatized – they're a sign we're treating the people at risk," Fierer said, adding that if we don't treat this group, we won't be able to eliminate hepatitis C.

The high re-infection rate demonstrates an inadequate level of hepatitis C treatment, even though DAAs have ostensibly been available since late 2013, the researchers concluded. Fierer suggested that barriers to obtaining approval for DAAs have limited treatment uptake.

These findings, according to Fierer, show that "we cannot treat our way out of the epidemic" without also reducing new infections.

There is some indication that declines in condom use and more sex between HIV-positive and HIV-negative men in the era of pre-exposure prophylaxis (PrEP) may be contributing to higher rates of HCV sexual transmission. Sexually transmitted HCV among HIV-negative MSM has historically been rare but may be rising.

Commenting on Twitter, Dr Gregory Dore of the Kirby Institute at the University of New South Wales, a co-investigator with the Australian CEASE-D study aiming to eliminate HCV in people with HIV, concurred that a combination strategy will be needed to achieve this goal.

"Keys to effective HCV treatment as prevention [are] unrestricted DAA access, universal health care, engagement of marginalized populations, harm reduction access and rapid DAA scale-up," he wrote. "Only then can you 'treat your way out' of an epidemic."