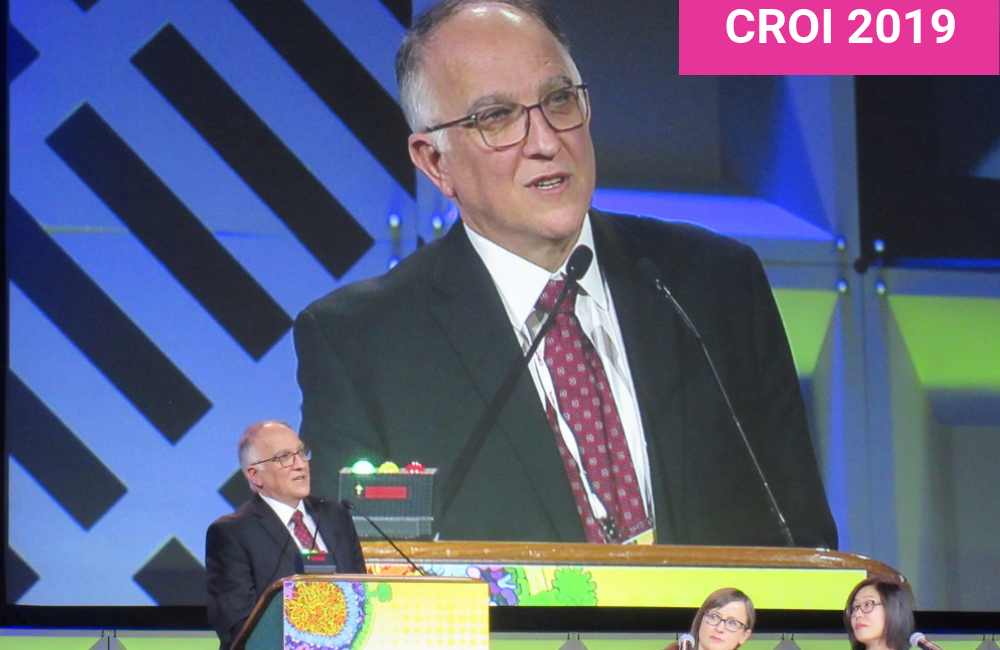 Researchers have introduced genetic changes into human T-cells that make them virtually immune to HIV infection, and the viral load in HIV-positive people who are inoculated with these cells returns more slowly when they are taken off therapy, the recent Conference on Retroviruses and Opportunistic Infections (CROI 2019) heard.

The challenge now is to increase the proportion of cells in the body that have the immunity gene added. This might possibly result in a functional cure of HIV, with the virus unable replicate even in the absence of HIV drugs.

The top story at CROI 2019 was that a second person may have been cured of HIV infection. But most reports also emphasised that the bone marrow transplant procedure that achieved both this cure, and the previous one of Timothy Ray Brown 12 years ago, is dangerous, expensive and not something that would ever be attempted in a patient who did not have cancer.

So can a similar feat be achieved more safely? Promising results in animal experiments produced monkeys that appear to have most of the HIV DNA removed from their cells.

But a second study, this time in humans, reproduced the genetic change that cured the two patients more exactly, and by means of a safe and repeatable technique. The two cured patients had their T-cells replaced with ones from donors with a genetic mutation called CCR5-delta 32 that means their cells don’t have the CCR5 receptor molecule on their surface that most strains of HIV need to attach to before they can infect a cell.

In the experiment presented by Dr Pablo Tebas of the University of Pennsylvania in Philadelphia, T-cells taken from 15 people with HIV were cultured in a lab dish with a gene-editing enzyme called a zinc finger nuclease (ZFN). This modified their CCR5 gene so it changed to the HIV-resistant variant. The cells were then reintroduced into the patients in what is called an autologous transplant – i.e. the modified transplant comes from the patient themselves, so there should be no problem with rejection.

This is not a new technology: ZFN enzymes were used to modify cells in experiments originally reported to CROI in 2011. In that experiment, a viral vector – the shell of a common-cold virus – was used to introduce the ZFN enzyme into cells. The reintroduced CCR5-negative cells initially made up about 22% of the T-cell population, but were replaced over time by the patients’ own CCR5-positive cells.

The current set of experiments, however, used a different technique called electroporation to get the ZFNs into cells. The problem with using viral vectors is that the cells develop immunity to them so they can only be used once. Electroporation can be used many times to create multiple cycles of modified cells that can be inoculated. In this technique, the T-cells are incubated alongside the ZFN enzymes in chambers in the presence of an electric current. This causes cell walls to become permeable and the ZFNs or other substances one wishes to introduce will diffuse into the cell.

As well as using a different and repeatable technique to create autologous CCR5-negative T-cells, the experiments explored a couple of other possibilities. Firstly, could the proportion of modified T-cells in the body be increased if a low dose of an immune-suppressant drug (cyclophosphamide) was used prior to their inoculation, to reduce the number of CCR5-positive cells in the body? And secondly, while only 1% of people of northern European ancestry have two copies of the CCR5-delta 32 gene, which means they are virtually immune to HIV, a larger proportion – up to 20% – have one copy of this gene (so-called heterozygosity). Would they have a better response?

There were 15 people in this study, in five groups of three. Three people received no cyclophosphamide. Six people – three heterozygous for CCR5 and three with no copies of the delta-32 mutation – received a lower dose of cyclophosphamide, and six people received a higher dose. The doses were not high enough to create significant toxicity and were about the same used to treat the autoimmune disease lupus, Dr Tebas said.

The creation of the CCR5-negative T-cells took about ten weeks, and the cyclophosphamide was given two days before the infusion of the cells. Eight weeks later the patients, who were all HIV-positive people with high CD4 counts (median CD4 count 831 copies/mm3), stopped their antiretroviral therapy (ART). The analytic treatment interruption (ATI) was for a fixed period of 16 weeks, though if people still had a low viral load after that time, they had the option of extending the ATI. It was discovered that one person in the CCR5-hetereozygous group in fact kept taking their ART and was excluded from the analysis.

There were no significant adverse events related to the study therapy. The single-dose electroporation technique was at least as effective as using the adenovirus vector: immediately after infusion, 25% of participants’ T-cells were CCR5 negative.

The cyclophosphamide appeared to make no difference to the time to viral rebound.

So while this experiment produced no patients with prolonged viral suppression, this is a demonstration of a safer, more repeatable and non-toxic way of creating a population of HIV-resistant T-cells that can be infused back into the body and which can to some extent delay HIV viral rebound, even when they only form less than 10% of the body’s complement of T-cells.

Asked about future steps, Dr Tebas said that instead of simply repeating the same techniques to engineer CCR5-negative cells, his team would investigate using ZFN technology to generate cells lacking the other HIV co-receptor, C4CR4,  and eventually to generate CRT T-cells – Chimeric Antigen Receptor cells, a type of artificially engineered T-cell already being used in anti-cancer therapy which will be able to seek out and destroy HIV infected T-cells.

Exciting new discoveries toward a functional HIV cure are emerging. But we’ll only get there if people with HIV join studies.
TheBody
7 Apr 21
The search for a cure

Gilead Sciences is pairing up with Gritstone for an HIV therapeutic vaccine the pair believes could be curative for the disease. Under the deal, Gilead will run a phase 1 study for the vaccine and hold on to an option to obtain an exclusive license to work and sell the therapy, should it pass muster, after the early trial.
FierceBiotech
1 Feb 21
More editors' picks