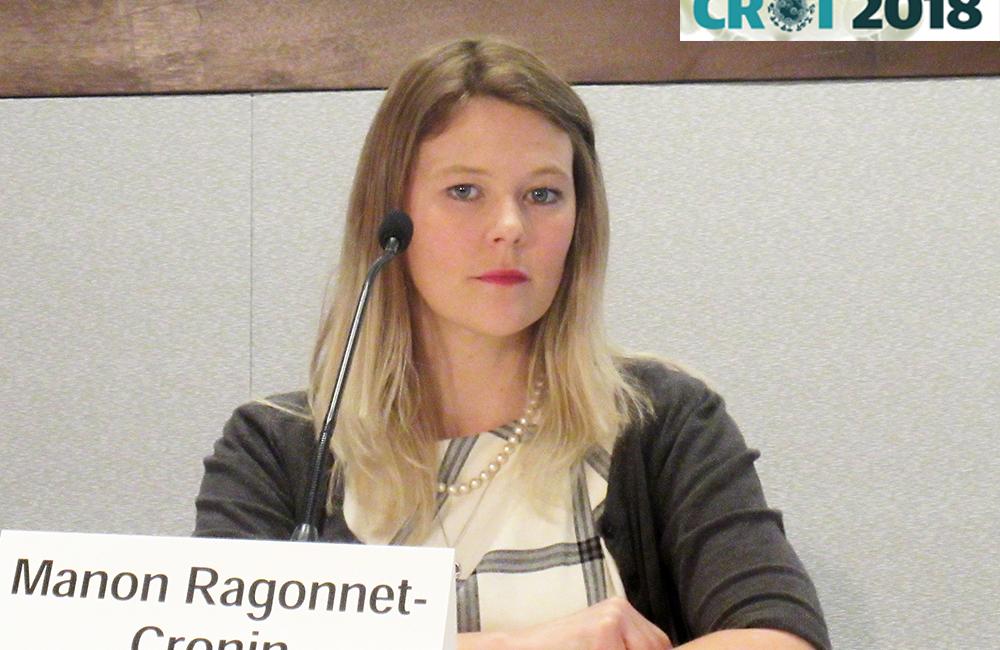 A phylogenetic study of HIV infections in Los Angeles has found that transgender women (TGW) are more likely than any other risk group to be in a genetically connected cluster of cases, which is a marker of high HIV risk. But they are less likely than gay men and other men who have sex with men (MSM), who also tend to be in transmission clusters, to be diagnosed.

Manon Ragonnet-Cronin of the University of California, San Diego (UCSD) told the 25th Conference on Retroviruses and Opportunistic Infections (CROI 2018)  that identifying MSM and heterosexual men who belonged to clusters that also included TGW might be a way of contacting and bringing into care TGW who might not regard themselves as at risk, or might be reluctant to come forward.

Who’s connected to whom

There are an estimated 7000 transgender women in Los Angeles county and the national HIV prevalence among TGW is 22-27%. Implying that 1750 or so already have HIV – about 3% of the HIV-positive population of the county.

The UCSD researchers used genetic analysis to see how many people in LA County had HIV viruses that were linked genetically in clusters to other people in the database – which implies they were part of the same chain of infection - and found that 8133 out of 22,200 people (36% of HIV gene sequences) were in a cluster and that there were 1722 individual clusters, or an average of just under five people per cluster.

Nearly three-quarters of people in clusters were MSM, which reflects the local epidemiology, but there were 382 gene sequences isolated in TGW (1.7%) of whom 167 were in clusters (44%). Of these, 147 had sexual contact as their only risk factor while the other 20 had also injected drugs.

If this is regarded as the reference point then cisgender heterosexual men were 1.75 times more likely than this to be in a cluster, MSM 2.09 times more likely and TGW 2.32 times more likely. Being in a cluster implies being in a high-incidence group – and yet TGW were less likely to be diagnosed, given their expected HIV prevalence, than MSM. This implies that a substantial proportion of TGW are either already HIV positive and don’t know it or are as imminent risk.

Who’s having sex with whom

The researchers calculated a quantity called assortativity. This measures how likely members of a population were to be directly connected to other members of a population in a cluster, which implies direct transmission from one person to another, though it cannot rule out an undiagnosed third person being in between them. An assortativity figure of zero implies that people aren’t connected any more than would be expected by random mixing.

This was the case with people whose ‘risk factor’ was that they injected drugs. The zero assortativity seen in this group means that infection via needle sharing was in fact probably not how most of them acquired HIV – they probably got it through sex like everyone else. Los Angeles county has had syringe and needle exchange since 1994 and this probably shows that HIV infection via needles is rare, thanks to this.

Assortativity in MSM and in heterosexual men and women (to each other) was high, which is what you’d expect.

But it was also quite high in TGW, although not as high as in heterosexuals or MSM. This implies a degree of sexual contact between TGW.

Partners of TGW also clustered together strongly. If a non-TGW was in a cluster which contained a TGW, then they had a ninefold higher likelihood of also being connected to another TGW.

This implies, as a similar study from San Francisco found last year, that there is a distinct population or network of cisgender men – who may define as MSM or heterosexual – who either sometimes or primarily have TGW as their partners.

Manon Ragonnet-Cronin said that phylogenetic analysis could help to identify the characteristics of these men so that prevention messages suitable to TGW and their partners can be devised and interventions made. Given the epidemiology, TGW who are partners of these men may be either undiagnosed or at very high risk and could be contact-traced so they can receive either HIV treatment or pre-exposure prophylaxis (PrEP).