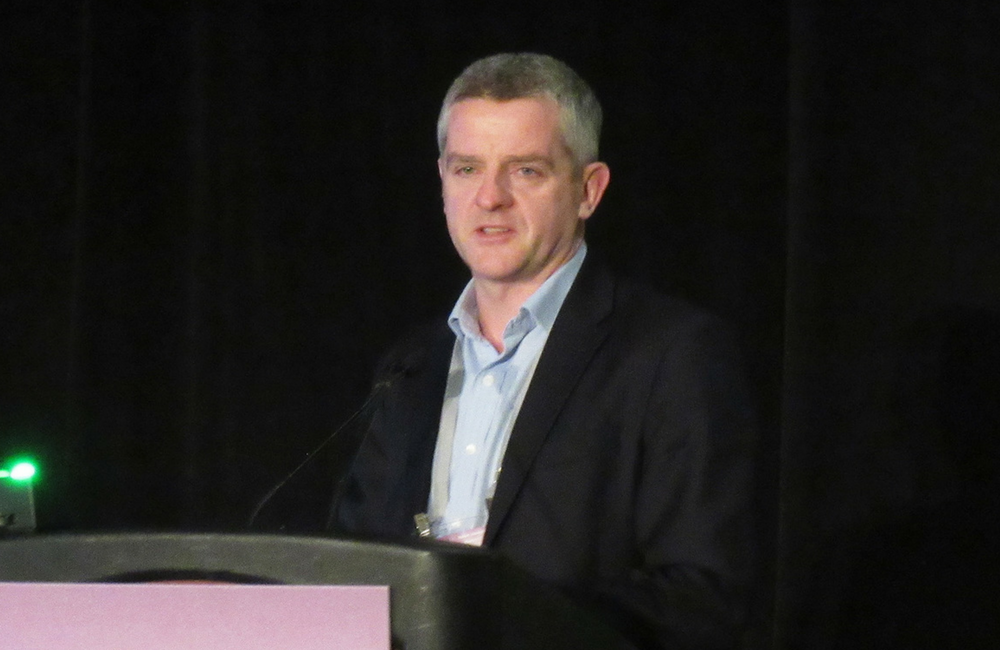 People who switched from an antiretroviral regimen containing abacavir to one containing tenofovir alafenamide (TAF) showed less platelet reactivity, which reduces platelet aggregation or blood clotting, according to a report at the 25th Conference on Retroviruses and Opportunistic Infections (CROI 2018) this month in Boston.

This observation could help explain the still-controversial link seen in some studies between abacavir use and a higher risk of myocardial infarction (MI), or heart attack.

Abacavir (Ziagen, also in the Kivexa or Epzicom, Trizivir and Triumeq combination pills) is a commonly used nucleoside reverse transcriptase inhibitor. At the 2008 CROI, researchers with the D:A:D study reported that people taking abacavir had a substantially higher likelihood of MI. Longer-term D:A:D follow-up showed that the relative risk was about double, although the absolute risk was small. On the other hand, the randomised trials that led to abacavir approval and a meta-analysis of 26 studies by the US Food and Drug Administration found no evidence of increased MI risk associated with abacavir.

A protein molecule with one or more branches of sugar molecules attached to it. Many cellular and viral proteins are glycoproteins, including the outer coat proteins of HIV. A number after the gp (e.g., gp160, gp120, gp41) is the molecular weight of the glycoprotein.

Several studies since then have attempted to shed light on the reasons for this apparent association, often producing conflicting results. Endothelial function, or the ability of blood vessels to dilate and contract, and blood coagulation (clotting) are among the mechanisms explored. The effect appears reversible, suggesting it is not related to permanent changes.

Patrick Mallon of University College Dublin and colleagues conducted a substudy of platelet function among participants in a phase 3 randomised clinical trial who switched from abacavir/lamivudine to TAF/emtricitabine.

Platelets are blood cell fragments that clump together to stop the flow of blood in case of injury. But excessive coagulation, or thrombosis, can impede normal blood flow, resulting in chest pains, heart attacks and strokes.

The main study enrolled people with undetectable viral load for at least six months on a regimen containing abacavir/lamivudine. They were randomly assigned to either remain on their existing regimen or switch to TAF/emtricitabine while staying on the same third antiretroviral agent. TAF (sold alone as Vemlidy and part of the Descovy, Genvoya, Odefsey, Biktarvy and Symtuza combination pills) is a new formulation of tenofovir that causes less kidney and bone toxicity than the older tenofovir disiproxil fumarate.

The substudy included 61 participants at clinical sites in Dublin and London. About 70% were men, about 55% were white and the median age was approximately 50 years. They had well-controlled HIV, with a median CD4 count of approximately 640 cells/mm3, and they had taken abacavir for a median of eight years. With regard to traditional cardiovascular risk factors, about 30% had high blood pressure, 35% had elevated blood lipids and about 20% were smokers. Those with pre-existing kidney dysfunction were excluded, as is usually the case for tenofovir studies.

Mallon's team measured platelet aggregation and levels of glycoprotein VI, a collagen receptor that plays a role in clotting, in blood samples collected at baseline and at weeks 4 and 12 after switching off abacavir. They looked at changes in response to five agonists, or promoters of platelet reactivity: collagen, thrombin receptor-activating peptide (TRAP), adenosine diphosphate, epinephrine and arachidonic acid. They also measured expression of glycoprotein VI, glycoprotein 1bA (CD42b) and the cell adhesion molecule P-selectin (CD62P) on the surface of platelets.

Compared with those who remained on abacavir, participants who switched to TAF had significantly less platelet reactivity in response to collagen at weeks 4 and 12, and less reactivity to TRAP and adenosine diphosphate at week 4 only. There were no notable differences in response to epinephrine or arachidonic acid.

People who switched to TAF had significantly increased expression of glycoprotein VI on platelets at week 12. Levels of soluble, or free-floating, glycoprotein VI rose in the TAF switch group at week 12 and continued rising through week 48. There were no differences in glycoprotein 1bA or P-selectin expression.

These findings show "coordinated changes in platelet-collagen interactions mediated through the glycoprotein VI pathway" when abacavir is stopped, the researchers concluded. This suggests "an inherent platelet defect" in people taking abacavir, characterised by increased platelet reactivity, that can be reversed after switching to TAF.

"For the first time, using novel techniques, we showed that switching away from abacavir leads to less reactive platelets," Mallon told reporters at a CROI press briefing. "We believe this provides a viable mechanism for why abacavir leads to higher MI risk."

Moderator Judith Currier of the University of California at Los Angeles added that the association between MI risk and abacavir use seems to be higher in people with other cardiovascular risk factors, suggesting these individuals may be most likely to benefit from a switch.