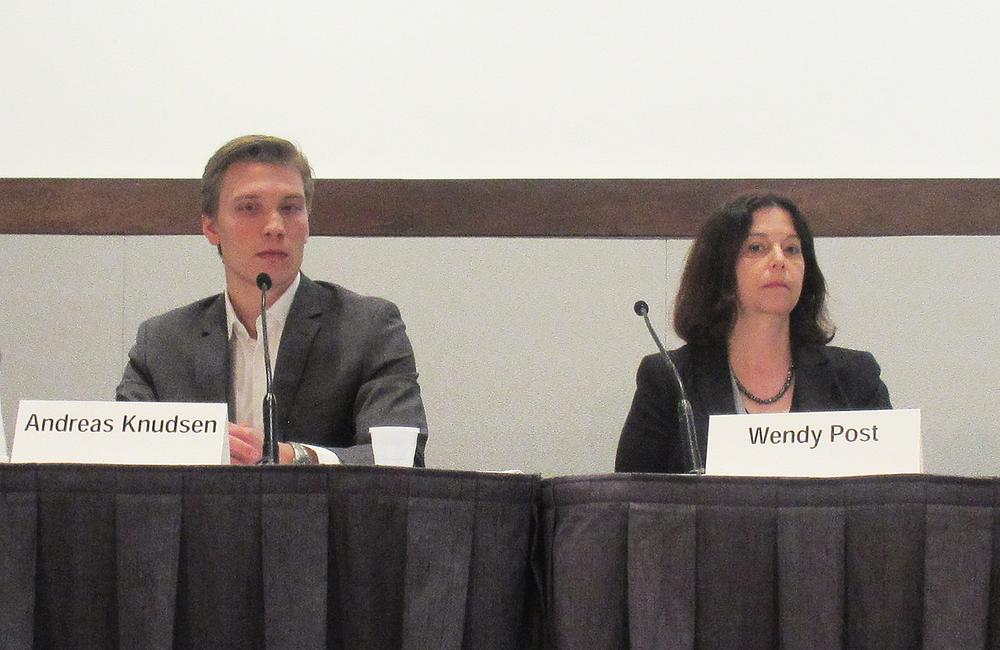 People with HIV are more likely to develop cardiovascular conditions, including atherosclerosis and peripheral artery disease, than their HIV-negative counterparts, researchers reported at the 25th Conference on Retroviruses and Opportunistic Infections (CROI 2018) this month in Boston.

The mechanisms underlying increased cardiovascular risk related to HIV are not fully understood, but chronic immune activation and inflammation appear to play a role.

Atherosclerosis refers to narrowing and 'hardening' of arteries due to the build-up of plaque on blood vessel walls. Over time the artery walls thicken, interfering with blood flow and forcing the heart to work harder. Plaque may damage blood vessel linings and leads to the formation of blood clots, which can break off and cause blockages. Coronary artery disease affects the large arteries that supply the heart. In severe cases blockage can deprive the heart muscle of oxygen, leading to a myocardial infarction, or heart attack. Blockages in the arteries supplying the brain can lead to strokes. Peripheral artery disease affects vessels further away from the heart, especially in the legs.

Wendy Post of Johns Hopkins University and colleagues looked at the link between HIV and the development and composition of coronary plaque among participants in the Multicenter AIDS Cohort Study (MACS), a long-running observational study of gay and bisexual men living with and at risk for HIV in four US cities.

A disease of the arteries in which fatty plaques develop on the inner walls, eventually leading to obstruction of blood flow.

This cardiovascular substudy included 313 HIV-positive and 235 HIV-negative men age 40 to 70 years (mean 54 years) who had not previously undergone cardiovascular procedures. In the HIV-positive group about a third were African American and 27% were current smokers. In the HIV-negative group 26% were black and 18% were smokers. About 40% were being treated for hypertension (high blood pressure) and nearly half were taking statins or other medications for elevated blood lipids. Almost all were on antiretroviral therapy (ART), 81% had an undetectable viral load, the median CD4 count was 652 cells/mm3 and 9% had a history of AIDS.

The researchers used computed tomography scans with coronary angiography, an imaging technique that uses dye to visualise blood vessels, to analyse both calcium-containing plaque (a type more easily detected by scans) and non-calcified plaque at baseline and a median of about five years later.

At baseline, 30% of the men had no apparent plaque. Over time, 2% saw their plaque volume decrease, 20% stayed the same and 78% had worsening plaque. One third of the group without baseline plaque developed it during follow-up.

Overall, HIV-positive men had a greater increase in plaque volume compared with HIV-negative men. This was the case for both calcified plaque and non-calcified plaque. After adjusting for other factors, the association between HIV status and plaque progression was statistically significant for white men but not for black men. There was no significant difference in plaque progression between HIV-positive men with and without detectable viral load, showing that ART did not abolish the risk, Post said.

Post told reporters that it is important to focus on the mechanisms that lead to plaque development and progression, which may include co-infections, inflammation and immune activation. Further studies should also look at reasons for the observed racial differences, as well as plaque progression in women.

Asked whether HIV-positive people might benefit from starting statins earlier than HIV-negative people, Post noted that the large REPRIEVE trial is currently looking at this question. Until then, people with HIV should follow statin use guidelines for the general population and make lifestyle changes such as smoking cessation.

In a related study, David Hanna of Albert Einstein College of Medicine in the Bronx, New York, and colleagues looked at the association between carotid artery atherosclerosis and mortality among HIV-positive and at-risk women in the Women’s Interagency HIV Study (WIHS) and men in MACS.

The researchers used ultrasound to measure carotid artery plaque in six different locations and common carotid artery intima-media thickness, or the thickness of the artery wall. They also measured arterial elasticity, or stiffness. At baseline, carotid plaque was more common in both HIV-positive and HIV-negative men (27% and 29%, respectively) than in their female counterparts (10% and 7%). Men also had higher arterial stiffness scores than women, but carotid intima-media thickness was similar regardless of sex or HIV status.

In an adjusted analysis, the presence of carotid artery plaque was associated with a 46% greater risk of death overall. The association was most pronounced for the men, with more than double the risk (hazard ratio [HR] 2.28), but it did not reach statistical significance for the women (HR 1.06).

People with the greatest arterial stiffness scores had a 45% greater overall risk of death than those with the least stiffness. In this case, the association was stronger for the women (HR 1.71) but not significant for the men (HR 1.11). Carotid intima-media thickness was not associated with mortality in either group.

In another study, Andreas Knudsen of Rigshospitalet in Copenhagen compared the risk of peripheral artery disease (PAD) in HIV-positive and HIV-negative people. PAD in the lower extremities starts as asymptomatic narrowing of the arteries but over time can lead to ulceration, gangrene and amputation, he noted.

This cross-sectional (single point in time) study included 908 people with HIV from the Copenhagen COCOMO cohort and 11,106 matched HIV-negative control subjects. About 85% were men, the median age was about 53 years and almost all were of European ethnicity. People in the HIV-positive group were less likely to have hypertension (48% vs 61%) but were twice as likely to smoke (28% vs 13%). Almost all HIV-positive people were on ART and 95% had viral suppression.

The researchers measured PAD using the ankle-brachial index (ABI), a ratio of blood pressure in the ankles and upper arms. In healthy adults, ABI is between 1 and 1.4, but gradually drops as PAD develops, Knudsen said. This study used an ABI cut-off of 0.9, which correlates with 50% blood vessel stenosis or narrowing. Symptomatic PAD was defined as pain when walking that stopped when standing still.

PAD was twice as common in the HIV-positive group compared with the HIV-negative group (12% vs 6%); 2% and 1%, respectively, had symptomatic PAD. However, the mean ABI score did not differ between the two groups (1.1 in each). After adjusting for other factors, having HIV increased the risk of PAD by about the same amount as smoking.

Like Post, Knudsen said that the mechanism for increased PAD in people with HIV needs to be further explored, but in the meantime, management should focus on traditional modifiable risk factors such as smoking.