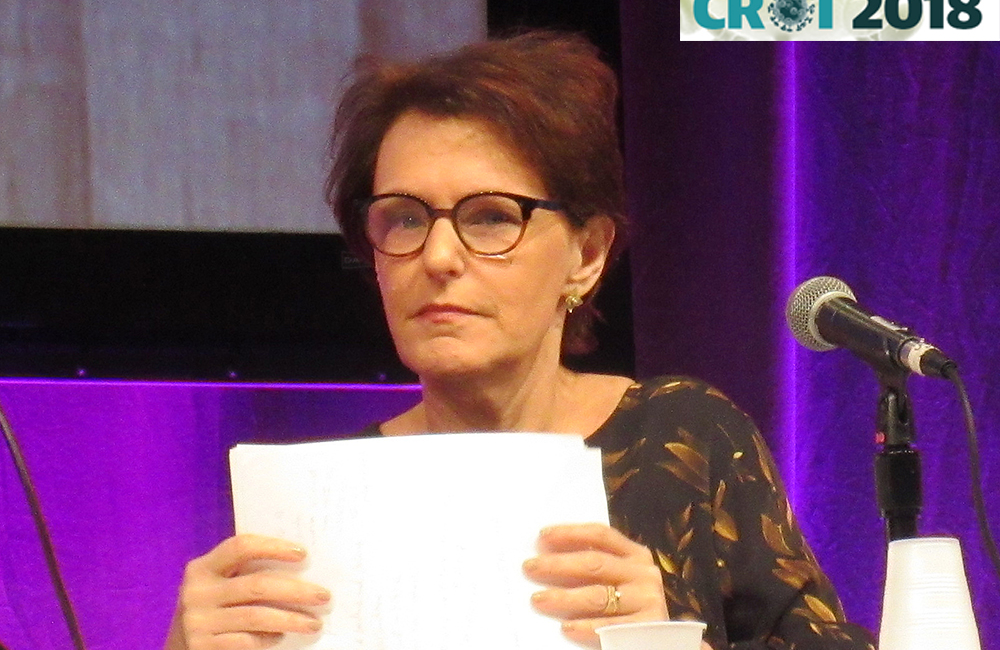 More than half of people in low- and middle-income countries may not maintain viral suppression on second-line antiretroviral therapy (ART), according to a study presented at the 25th Conference on Retroviruses and Opportunistic Infections (CROI 2018) last week in Boston.

Treatment of individuals who do not maintain viral suppression on their first antiretroviral regimen can be challenging in resource-limited settings due to uncertainty about viral resistance and limited data about virological response to the remaining available medications. Some have already been exposed to nucleoside/nucleotide reverse transcriptase inhibitors (NRTIs), non-nucleoside reverse transcriptase inhibitors (NNRTIs) and protease inhibitors, and drug resistance patterns can be variable and complex.

Study ACTG A5288 was an open-label trial comparing treatment strategies for people with viral loads of 1000 copies/ml or more after at least 24 weeks on a second-line ART regimen containing a protease inhibitor. The aim of the study was to use newer antiretrovirals and contemporary management tools, including virus genotyping, to select appropriate third-line regimens and enable more people to achieve viral suppression.

The study included 545 participants in 10 countries in Africa, Asia, South America and the Caribbean followed from 2013 to 2015. Just under half were women and their median age was 41 years. The median CD4 count was 175 cells/mm3, indicating that many had advanced immune suppression. They had been on ART for an average of about 8 years.

Participants were assigned to a treatment cohort based on their resistance profile.

At 48 weeks 64% of all participants had HIV RNA below 200 copies/ml, just missing the study's target of 65% achieving viral suppression. But this differed substantially according to treatment strategy.

Most people assigned to the modern ART regimens in Cohorts B and C did well. The viral suppression rate was 88% in Cohort B for people who used either etravirine or other NRTIs, and all eight people with HIV/HBV co-infection had an undetectable viral load. Similarly, 90% of those in Cohort C achieved viral suppression.

In Cohort A, however, only 44% of those who had minimal or no resistance and stayed on their second-line treatment were virally suppressed at week 48. This reached 74% for those in Cohort D treated with the best available drugs.

Disturbingly, 17% and 15% of people in Cohorts A and D, respectively, had new resistance mutations, further limiting their treatment options. Emergent NRTI resistance was most common (22%), followed by NNRTI (15%) and protease inhibitor (6%) resistance.

Overall, treatment was generally safe and well tolerated and 92% of participants completed follow-up. Serious adverse events were most common (21%) in Cohort A, despite the fact that these participants didn't change treatment. Rates ranged from 11% to 18% in the other cohorts.

The researchers concluded that regimens containing darunavir/ritonavir or raltegravir with or without etravirine were highly effective for participants with lopinavir/ritonavir resistance who presented for third-line ART. But more than half of participants without lopinavir/ritonavir resistance who remained on second-line ART did not achieve viral suppression at week 48, indicating that "this subgroup requires additional interventions to achieve viral suppression."

The researchers added that, "Targeted real-time genotyping to select regimens for third-line ART can appropriately allocate more costly antiretrovirals to those with greater resistance." But it may not perform so well for predicting who could benefit from switching to a new third-line regimen.

Grinsztejn told reporters that a majority of patients assigned to Cohort A had very little resistance and "didn’t have a reason based on genotyping to move to other drugs." But, reassuringly, "those with higher levels of resistance assigned to cohorts receiving newer drugs did well, with over 85% success."