Sofosbuvir/velpatasvir for hepatitis C can be administered with most antiretrovirals 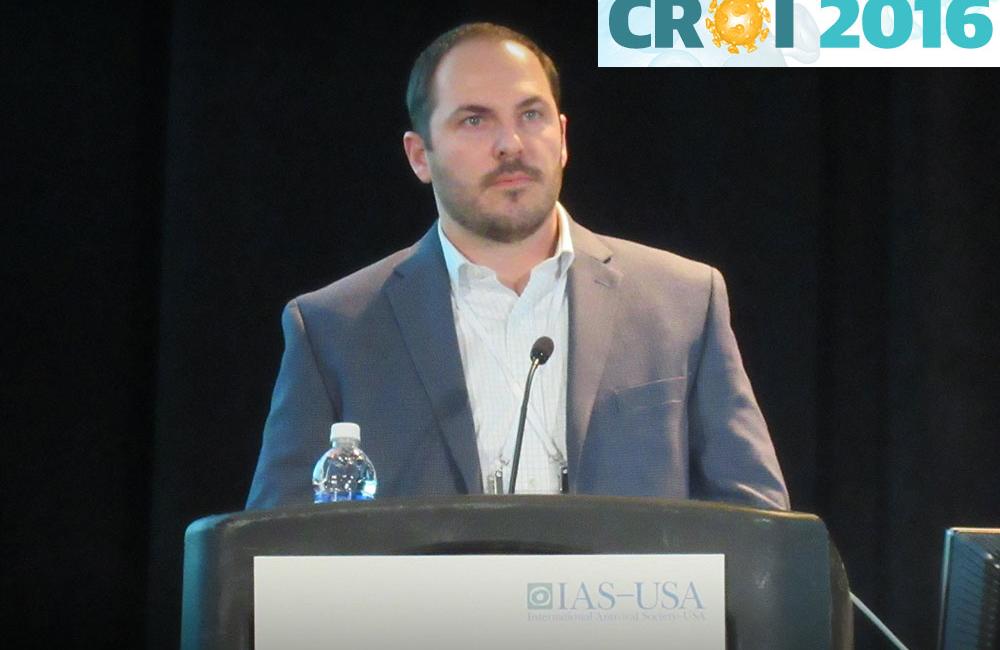 Sofosbuvir/velpatasvir, a forthcoming combination that effectively treats all hepatitis C virus (HCV) genotypes, can be safely used with most boosted antiretrovirals for people with HIV and HCV co-infection, according to a study presented at the Conference on Retroviruses and Opportunistic Infections (CROI 2016) last week in Boston.

About one-third of people living with HIV also have HCV. New direct-acting antivirals (DAAs) used in interferon-free regimens can successfully treat hepatitis C in people with HIV and most experts no longer consider people with co-infection to be a ‘difficult-to-treat’ population. But it is important to avoid combining DAAs and antiretroviral agents that interact with each other, which could lead to either high drug levels that worsen side-effects or low levels that are not as effective.

A coformulation containing sofosbuvir (a nucleotide HCV NS5B polymerase inhibitor) and velpatasvir (a pan-genotypic HCV NS5A inhibitor) was shown to be highly effective against HCV genotypes 1 through 6 in the phase 3 ASTRAL trials. It is currently undergoing evaluation by the European Medicines Agency and priority review by the US Food and Drug Administration, with a decision expected in late June.

Erik Mogalian from Gilead Sciences and colleagues analysed drug-drug interactions between sofosbuvir/velpatasvir and HIV regimens containing antiretrovirals boosted with either ritonavir or cobicistat. These boosters interfere with liver enzymes that process drugs, so they are most prone to interactions.

Sofosbuvir is a substrate or target of P-glycoprotein (P-gp) and the BCRP transporter protein, which pump many drugs out of cells, while velpatasvir is both a substrate and inhibitor of P-gp and BCRP, as well as a substrate for the OATP protein and the cytochrome P450 proteins CYP2B6, CYP2C8 and CYP3A4, which process drugs in the liver, Mogalian noted as background. Ritonavir and cobicistat primarily work by inhibiting CYP3A4, which raises levels of CYP3A4-metabolised drugs including some HIV protease inhibitors and integrase inhibitors.

Mogalian’s team conducted a series of phase 1 multiple-dose randomised cross-over drug-drug interaction studies in healthy volunteers without HIV or hepatitis C. About 60% were men, most were white and the mean age was approximately 34 years.

Five cohorts, each with 24 to 30 participants, were allocated to receive the following regimens, all in combination with 400/100mg sofosbuvir/velpatasvir:

Sofosbuvir levels rose a bit in the Genvoya arm and fell by about 30% in the darunavir and lopinavir/ritonavir arms, but these pharmacokinetic changes were not considered clinically significant based on prior phase 3 safety and efficacy studies.

Velpatasvir levels rose slightly in the Genvoya arm and more than doubled in the atazanavir arm, but again these pharmacokinetic changes were deemed to not warrant dose adjustments.

Sofosbuvir/velpatasvir co-administration had no significant effect on plasma levels of elvitegravir, atazanavir, darunavir, lopinavir or ritonavir. Cobicistat concentrations were elevated at the end of the dosing interval, but the researchers said this was “not expected to introduce further drug interaction potential.”

Treatment was generally safe and well-tolerated. Five participants withdrew consent before the end of the study and one stopped after becoming pregnant. About a third of participants (29 to 45%) in the various study arms reported adverse events, but none of these were serious and no one discontinued for this reason. The most common side-effects were headache and elevated bilirubin, both in the atazanavir-containing arm.

At the AASLD Liver Meeting this past November, Mogalian’s team reported results from studies of sofosbuvir/velpatasvir interactions with unboosted antiretroviral regimens containing efavirenz (Sustiva), rilpivirine (Edurant), raltegravir (Isentress) or dolutegravir (Tivicay). They found that sofosbuvir/velpatasvir can be safely co-administered with all but efavirenz, which lowered velpatasvir levels by about 50%.

Based on the new and previous findings, the researchers concluded that pharmacokinetic data support co-administration of sofosbuvir/velpatasvir with widely used antiretrovirals from the nucleoside/nucleotide reverse transcriptase inhibitor, NNRTI, protease inhibitor and integrase inhibitor classes, and with both available boosting agents. The exception is efavirenz, which awaits further data from phase 3 studies.

Mogalian said that the safety and efficacy of sofosbuvir/velpatasvir with boosted and unboosted antiretroviral regimens is currently being evaluated for people with HIV and HCV co-infection in the phase 3 ASTRAL-5 trial.

Can HIV Meds Interact With COVID-19 Treatment? Here's What We Know

People living with HIV (PLWH) and their health care providers may have some concern about interactions between HIV treatments and COVID-19 treatments. Here’s what we know right now.
TheBody
25 Nov 20
HIV treatment for children & young people

On 12 June 2020 the US Food and Drug Administration (FDA) approval dolutegravir (Tivicay) tablets and dolutegravir tablets for oral suspension (Tivicay PD) for infants and children in combination with other antiretrovirals.
i-Base
18 Jun 20
HIV treatment for children & young people

The FDA approval is testament to the commitments of global stakeholders spanning regulators, industry and non-profit organisations to develop new and innovative HIV medicines for children, most of whom live in resource-poor settings.
ViiV press release
15 Jun 20
Ageing & HIV

Antiretroviral drug dose adjustment based on age does not appear to be necessary in aging HIV patients, according to a pharmacokinetics study published in the British Journal of Clinical Pharmacology.
Monthly Prescribing Reference
5 Jun 20
More editors' picks