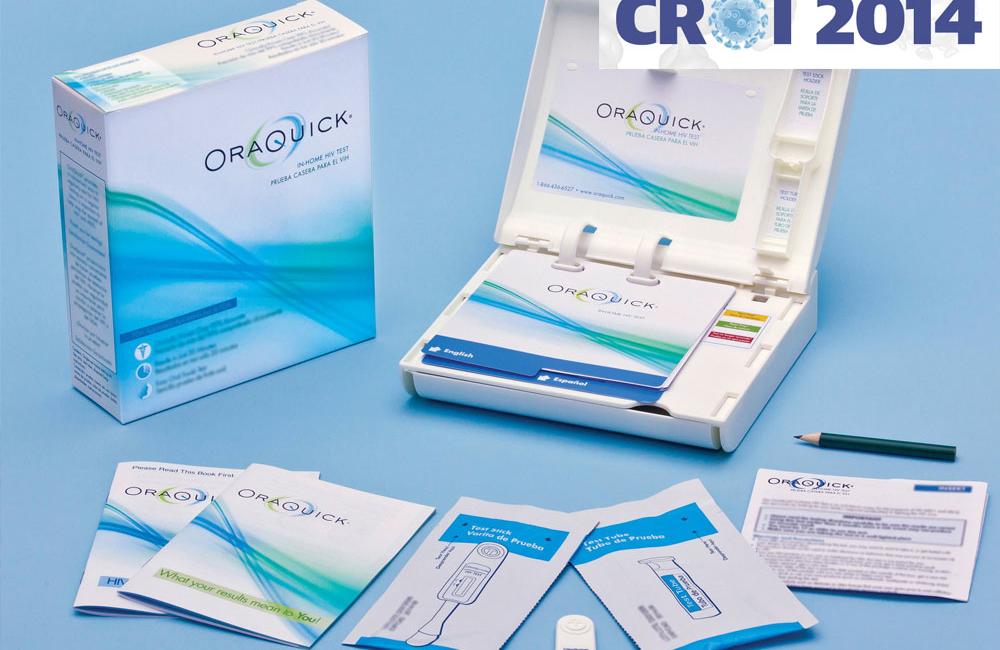 A community-based self-testing programme achieved 76% uptake of HIV testing in urban Malawi, with very high accuracy of test reading and linkage to care, researchers from Malawi, Liverpool School of Tropical Medicine and London School of Hygiene and Tropical Medicine reported on Thursday at the 21st Conference on Retroviruses and Opportunistic Infections (CROI) in Boston.

Self-testing for HIV using the OraQuick oral fluid test is already available in the United States and is likely to be approved for use in Europe in 2014, and is already available on a formal or informal basis in many low- and middle-income countries, but there is still limited evidence on its large-scale use.

The Malawian study is the first large evaluation of the acceptability and utility of self-testing in a resource-limited setting. It was conducted in Blantyre as part of a more comprehensive research study that examined the use of self-testing followed by initiation of antiretroviral therapy at home, in order to improve linkage to care and speed up treatment initiation. That study was presented at CROI in 2013, and showed that the package of interventions tripled the uptake of HIV treatment in Blantyre, Malawi.

The study was conducted in 16 neighbourhoods or clusters. The 16 neighbourhoods contained an adult population of 16,660 adults aged 16 and over. In each neighbourhood, two households were trained to distribute the HIV self-test and availability was advertised through proactive distribution.

A total of 13,966 test kits were distributed, of which 89% were returned, used. Uptake was calculated at 76% of the population. Although uptake was higher among women, especially during the first month of the self-testing programme, 67% of all men in the study neighbourhoods used a self-test kit.

People who were not part of a couple were more than twice as likely to use a self-test kit in the first month of the programme (adjusted odds ratio 2.22, 95% CI 1.54-3.16), and young people were significantly more likely to use a self-test kit throughout the one-year follow-up period. These findings suggest that young people and those who are seeking to form new relationships find self-testing particularly acceptable and desirable, an encouraging finding for the establishment of new norms around HIV testing behaviour in a country with very high HIV prevalence.

The study also found that self-test kits enabled testing in a large population who had never tested before; 44% of men and 43% of women were testing for the first time and three-quarters of testers had not tested for HIV in the previous year.

Nine per cent of people who used a self-test kit were prepared to reveal, in confidence, that they had tested positive. Of these, 78% had already been linked to HIV care and 25% had started antiretroviral therapy.

The coercive use of self-testing by male partners has been frequently expressed as a concern in all settings. The Malawian study found that coercion from partners was significantly more likely to be reported by men than by women (147 men, 3.7% and 119 women, 2.2%, p<0.001). However, 94% of people who reported that they had been coerced into testing also said that they would recommend a self-test to friends or family, raising questions of how coercion was defined in this study and how pressure to test is experienced and negotiated within relationships.

The study also attempted to evaluate adverse reactions to testing, such as gender-based violence or suicides, through the use of 112 key informants distributed across the self-testing clusters. No cases of gender-based violence or suicide were reported and there was a high level of acceptability of self-testing as a method of learning one’s HIV status among the study population. Approximately 45% said that they would prefer a private self-test for their next HIV test, while approximately 20% would like to self-test with a counsellor in attendance. The remaining 35% preferred the idea of voluntary counselling and testing at a health centre or at home, with someone else administering the test.

In a March 2014 update to its Consolidated guidelines on the use of antiretroviral drugs for treating and preventing HIV infection, released at the conference, the World Health Organization (WHO) encouraged national policy makers to consider updating testing regulations to allow self-testing. The guidelines also recommend that countries should look at how to create channels for reporting and redress in the event of misuse of self-test kits. They also recommend that self-test kits should be carefully regulated to ensure that people have access to accurate test kits, and that provision should be made to ensure that people who test positive get a confirmatory test.