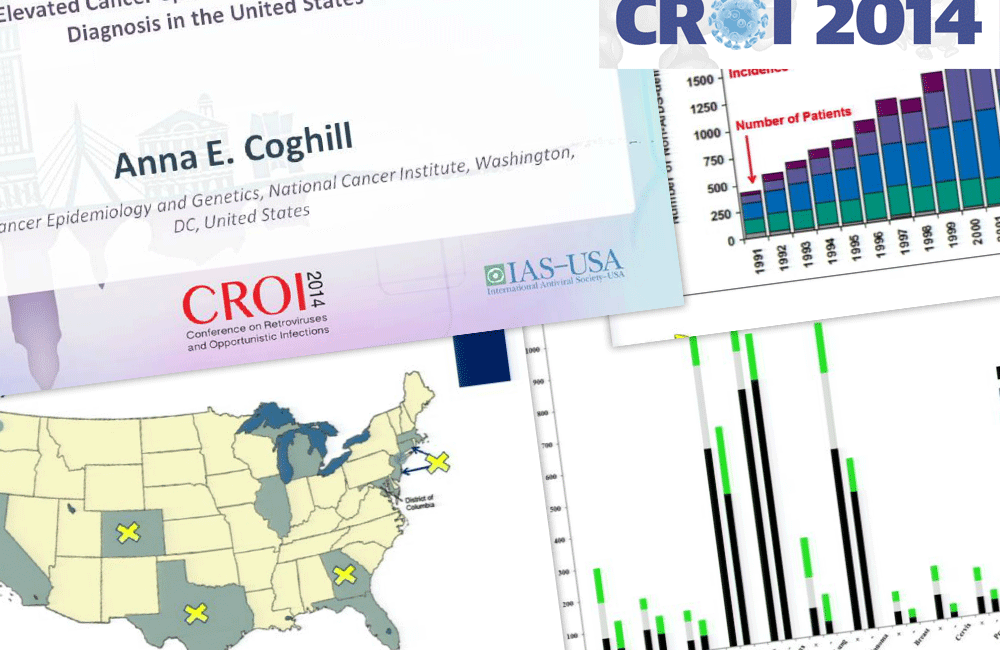 Slides from the presentation by Anna Coghill, of the US National Cancer Institute, delivered at CROI 2014.
This article is more than 9 years old. Click here for more recent articles on this topic

People with HIV are more likely to die from many common cancers than the rest of the US population, according to a large US comparative study presented on Wednesday at the 21st Conference on Retroviruses and Opportunistic Infections (CROI) in Boston.

Differences in cancer care may partly explain the findings, said Anna Coghill of the US National Cancer Institute, but a direct effect of HIV on the development of some cancers cannot be ruled out.

A glandular organ situated behind the stomach that secretes insulin and pancreatic digestive enzymes.

What is less clear is whether people with HIV have poorer survival after a cancer diagnosis. To answer this question, US researchers pooled results from five large cancer registries in states where HIV was also a reportable condition, so that death reports could be linked.

In order to explain these results, further research is needed to determine whether access to cancer treatment is poorer for people living with HIV, say the investigators. They also need to understand more about the stage at which cancers are diagnosed, since the results may represent a weakness in cancer screening. Participants in the questions and answer session following the presentation suggested that further research was also needed to examine whether people with HIV have poorer responses to chemotherapy, and also to examine whether post-diagnosis mortality is more frequent in people who are disengaged from HIV care.