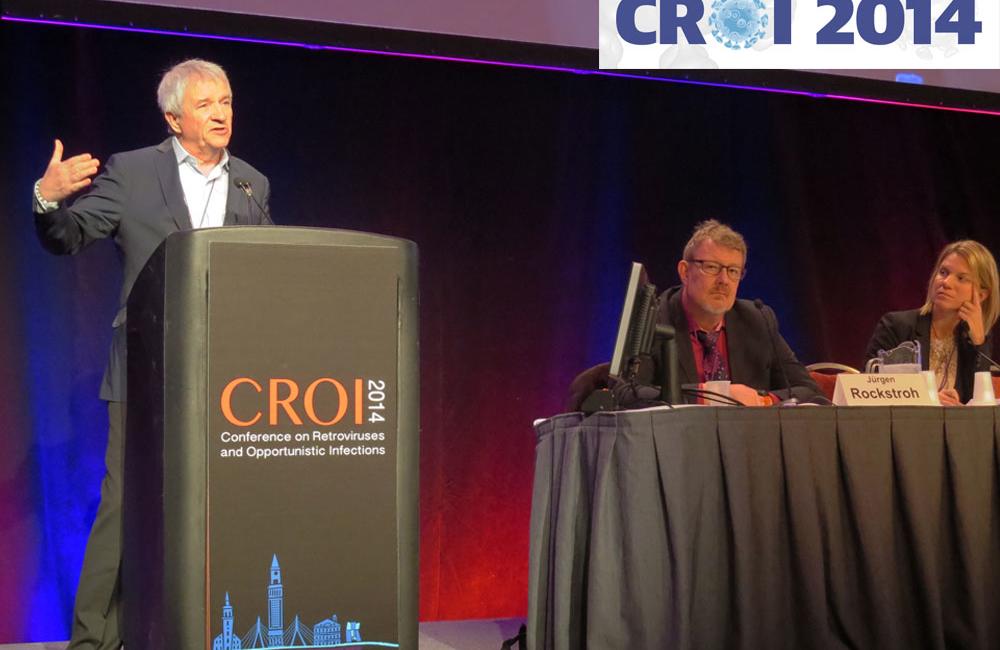 An all-oral regimen of daclatasvir, asunaprevir and BMS-791325 – without interferon or ribavirin – led to sustained response in approximately 90% of people with hepatitis C virus (HCV) who had not previously taken treatment, most with hard-to-treat genotype 1a, according to a study presented at the 21st Conference on Retroviruses and Opportunistic Infections (CROI) this month in Boston.

The advent of effective direct-acting antivirals has brought about a revolution in treatment for chronic hepatitis C. New regimens coming through the pipeline will eliminate both interferon and ribavirin, both of which often cause difficult side-effects.

After a pilot study of the triple combination taken for 12 or 24 weeks showed sustained virological response rates of around 90% with either duration at 12 and 24 weeks post-treatment (SVR12 and SVR24, respectively), the researchers conducted an expanded trial to test the 12-week regimens in a larger group of people with genotype 1 HCV infection, including people with liver cirrhosis.

This analysis included 166 people with chronic hepatitis C who had not taken treatment before (treatment naive). About two-thirds were men, about 80% were white and the median age was 54 years. Most (82%) had harder-to-treat HCV subtype 1a, the rest 1b. One-third had the favourable IL28B CC gene variation associated with good interferon responsiveness. Although 20% had advanced fibrosis (stage F3) and 18% had cirrhosis (stage F4) according to the non-invasive FibroTest biomarker index, half that many (9%) had biopsy-proven cirrhosis. People with HIV or hepatitis B co-infection were excluded.

Participants were randomly assigned to receive 30mg daclatasvir, 200mg asunaprevir, and either 75 or 150mg BMS-791325, all taken twice daily for 12 weeks. Although daclatasvir can be taken once daily, in this trial it was taken twice daily to support development of a co-formulation with the other drugs. Prior studies have shown that 60mg once-daily and 30mg twice-daily daclatasvir dosing are equally effective.

In an observed analysis of patient subgroups, cure rates were similarly high regardless of factors traditionally associated with poor response.

Looking at people with liver cirrhosis, the observed SVR12 rate was 100% in the 75mg dose arm, but 71% in the 150mg arm (two people with liver cirrhosis in this arm ended up adding pegylated interferon/ribavirin, one due to viral breakthrough and one after stopping BMS-791325). For people who did not have cirrhosis, cure rates were 91% and 94%, respectively. Overall, 13 out of 15 participants with cirrhosis achieved SVR12.

Six people in the 75mg BMS-791325 arm experienced virological failure (two viral breakthroughs during treatment and four relapses after completing therapy), as did five people in the 150mg arm (three breakthroughs and two relapses). All relapses occurred in participants with HCV 1a and happened during the first four weeks of post-treatment follow-up. No factors other than HCV subtype predicted virological failure. Among the 11 people with virological failure, five had evidence of emergent resistance to daclatasvir and asunaprevir and six showed resistance to all three drugs.

Triple therapy was generally safe and well-tolerated. A single participant in each BMS-791325 dose arm discontinued early due to adverse events. There were a total of three serious adverse events (oesophageal neoplasm; abdominal wall abscess; pleurisy/chest pain), none deemed related to the study drugs. The most common side-effects were headache (25%), diarrhoea (15%), fatigue (11%) and nausea (10%), with no major differences between dose arms.

"This 12-week, interferon- and ribavirin-free, all-oral 3-DAA regimen achieved SVR12 in >90% of patients despite high prevalence of genotype 1a, advanced fibrosis/cirrhosis, and IL28B non-CC genotypes," the researchers concluded. They added that this was a "well tolerated regimen with low rates of adverse events and treatment discontinuations, regardless of BMS-791325 dose."

The triple regimen is now being studied in the phase III UNITY-1 and UNITY-2 trials, testing a twice-daily fixed-dose co-formulation of all three drugs, using the 75mg dose of BMS-791325. UNITY-1 is looking at people who do not have cirrhosis and UNITY-2 at people with compensated cirrhosis.

Daclatasvir is also currently being tested in people with HIV/HCV co-infection. All three drugs in this combination are CYP3A4 substrates. Drug-drug interaction studies have shown that daclatasvir can be combined with several antiretroviral drugs, in some cases with dose adjustments. Asunaprevir can also be used with several antiretrovirals, excluding HIV protease inhibitors; interaction studies are underway for BMS-791325.