Traditional risk factors may be to blame
Gus Cairns 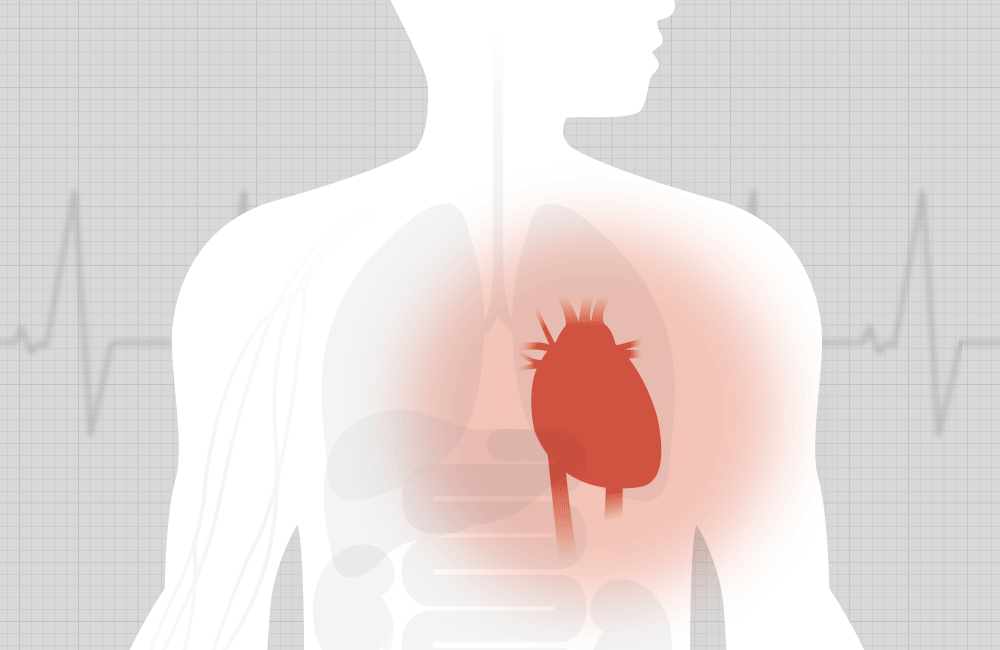 A number of studies at last week’s Conference on Retroviruses and Opportunistic Infections (CROI) examined whether people with HIV had an elevated risk of heart attack and other manifestations of cardiovascular disease. They came to different conclusions about whether having HIV is in itself a risk factor for cardiovascular disease (CVD).

A study by the US health insurance company Kaiser Permanente came to the most optimistic conclusions. The company looked at its HIV-positive clients in California and matched each one to ten HIV-negative clients of the same age and sex. The 24,768 clients living with HIV were, on average, 40 years old and 91% of them were men, and so the 257,800 HIV-negative clients they were matched with had the same average age and gender ratio too. Three-quarters of the clients living with HIV were gay men.

Over the whole period of the study, from 1996 to 2011, the clients living with HIV were 40% more likely to have a heart attack, and this risk was independent of differences in socioeconomic status, ethnicity, blood pressure, smoking, diabetes, alcohol or drug use, obesity and the use of lipid-lowering drugs such as statins.

However, in the clients living with HIV the risk decreased from 2003 onwards: before that year they were 70% more likely to have a heart attack than HIV-negative clients, between 2004 and 2009 they were 30% more likely, but in 2010-2011 they were no more likely.

This diminution in risk is likely to persist. The researchers compared the Framingham Risk Score in their HIV-positive and -negative clients: this is the risk of having a heart attack in the next ten years, based on established risk factors. They calculated that the risk was actually slightly but significantly lower in the HIV-positive clients: 9.2 vs 9.6%.  Even though more of the HIV-positive clients smoked, this was more than compensated for by the fact that they had better blood lipid management and lower cholesterol.

The Kaiser Permanente researchers warn that their findings might not be generalisable to non-Kaiser Permanente clients and, in particular, that they might not apply to people without health insurance and those under-represented in their client group – in particular, women. And indeed, in contrast to this study, another found that having HIV was a significant independent risk factor for CVD in women.

This study, part of the Veterans Aging Cohort Study (VACS), was a longitudinal one: it followed CVD incidence in a group of HIV-positive and HIV-negative women with known characteristics over time, rather than retrospectively identifying and analysing the characteristics of people who had heart attacks during a previous time period. This can yield more reliable estimates of risk, as factors are known in advance.

The study analysed CVD incidence in a cohort of 2190 women, 32% of them HIV positive, who were free of CVD at the start of the study. The primary outcome was not just heart attack, but also stroke or other heart failure.

During a median follow-up time of 5.9 years, there were 86 CVD events, and the annual incidence of CVD was considerably higher in HIV-positive women than HIV-negative women (1.35 vs 0.53%), despite the fact that their Framingham Risk Score was identical, at 3%. After adjusting for age, race, lipids, smoking, blood pressure, diabetes, renal disease, obesity, hepatitis C, and alcohol and drug use, it was found that the risk of CVD in women living with HIV remained 3.12 times higher than in HIV-negative women and that the average age at which women developed their first CVD event was younger, at 49.3 vs 52.0.

Interestingly, and unexpectedly, the risk was higher in HIV-positive women with CD4 counts over 200 cells/mm3 (5.63 times that in HIV-negative women) than in those with under 200 cells/mm3 (2.75 times). This may reflect better medical monitoring of women with low CD4 counts – or simply that they were more likely to die of something else before having a heart attack.

Several other studies added to the confusing information about cardiovascular disease. In one, in contrast to the women’s study, an association was found between having a lower CD4 count and the risk of a heart attack: in this study, each 300 cells/mm3 increase in the current CD4 count was associated with a 25% decrease in the risk of a heart attack. This study, conducted in Seattle, had a patient group perhaps more typical of the Kaiser Permanente study.

In a fourth study, the risk of CVD events in general were compared between HIV-positive and HIV-negative patients at Massachusetts General Hospital in Boston. This was an older patient group, with 40 set as the age for entry to the cohort. The incidence of CVD events in general and heart attacks specifically was 40% higher in people with HIV than in HIV-negative patients. However this study stopped measuring CVD events at the end of 2009, at the time the Kaiser Permanente study started seeing the heart attack rate fall to normal levels in people living with HIV.

In general, while it is clear that cardiovascular disease and heart attacks are more common among at least some people with HIV than they are among the general population, it is still unclear whether this is at least partly due to HIV infection or whether other risk factors such as deprivation can explain all of it.

Even though the VACS study controlled for many of the same risk factors as the Kaiser Permanente study, its results do not necessarily contradict the Kaiser Permanente study, because we are looking at such different groups of people. The Kaiser Permanente clients were overwhelmingly white gay male Californians who were able to afford health insurance. The women were ex-armed forces members, wives or widows who might not have been able to afford health insurance otherwise, and while this VACS study controlled for many risk factors, it did not control for socioeconomic status.

The risk for hypertension among adults with perinatal HIV infection does not appear to be increased by most traditional or HIV-related risk factors, according to results of a study published in HIV Medicine.
Infectious Disease Advisor
18 Nov 21
Cardiovascular disease

More Than Half of People Living With HIV Have Coronary Plaque

More than half of people living with HIV and suppressed viral loads nonetheless had imaging-confirmed coronary artery disease — and despite longtime use of HIV drugs that have been associated with cardiovascular trouble, none of those drugs were implicated in disease risk in this study.
Medscape (requires free registration)
8 Nov 21
Cardiovascular disease