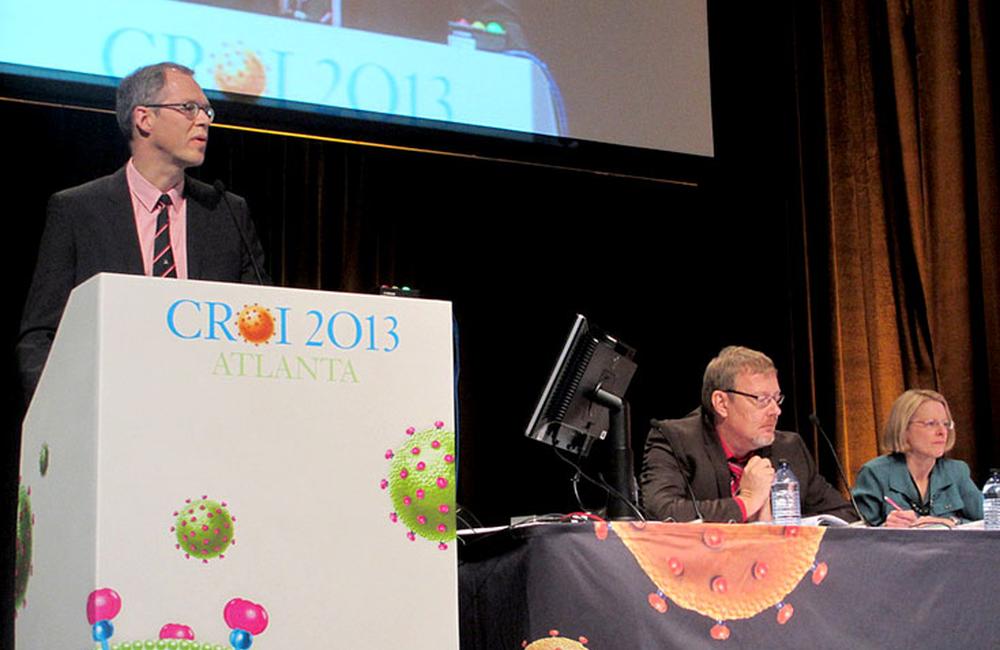 Use of antiretroviral therapy that includes drugs active against both hepatitis B virus (HBV) and HIV reduces the risk that people living with HIV will become infected with HBV – in effect acting as HBV pre-exposure prophylaxis (PrEP) – according to a study reported yesterday at the 20th Conference on Retroviruses and Opportunistic Infections (CROI 2013) in Atlanta.

Approximately 6 to 10% of people with HIV are also infected with HBV, and co-infection is associated with more rapid liver disease progression than hepatitis B mono-infection. Although guidelines recommend that people with HIV be vaccinated against HBV, many do not finish the vaccine series or do not fully respond to immunisation and therefore remain susceptible to infection.

Yet the rate of new HBV infections at Onze Lieve Vrouwe Gasthuis – the largest HIV clinic in Amsterdam – has recently been very low, leading Kees Brinkman and colleagues to ask whether antiretroviral drugs with dual activity against HIV and HBV might have contributed to a reduction in the likelihood of primary, or initial, hepatitis B.

Out of a cohort of nearly 3000 people seen at the clinic (2280 of them men who have sex with men [MSM]), investigators retrospectively selected 350 individuals with serological markers indicating that they were uninfected but susceptible to HBV, and who had subsequent samples available for testing to see if their status changed.

Looking just at the initially susceptible group, second samples showed that 530 (61%) – including 349 MSM – remained susceptible, 171 (20%) were vaccinated and 35 (4%) were newly HBV-infected. Thirty-three of the people with new HBV infections were MSM, one was a heterosexual man and one was a woman.

Based on these findings, the researchers concluded that incident or new HBV infections were indeed "rare". The 35 HBV infections in this study, compared with more than 200 cases of acute hepatitis C virus infection in this population since 2002.

"HBV-active combination ART protects against primary HBV infection", acting as HBV pre-exposure prophylaxis, the investigators concluded, and tenofovir-containing ART is more protective than regimens with 3TC as the only HBV-active drug.

"The necessity to (re)vaccinate against HBV is reduced for patients receiving these drugs," they suggested.