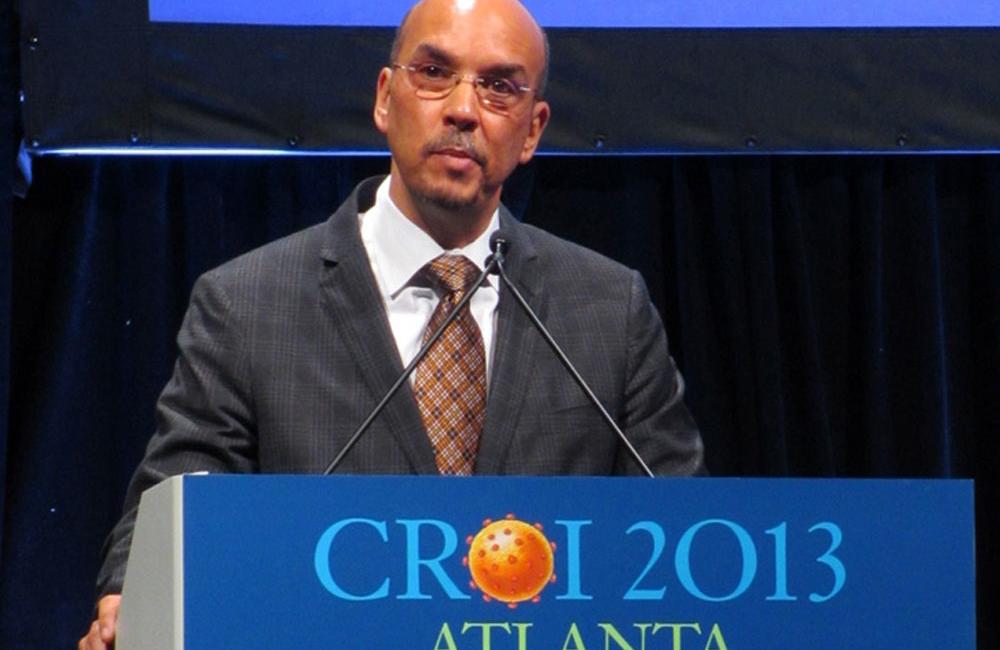 Cenicriviroc, which blocks both CCR5 and CCR2 receptors on immune cells, is effective against HIV, better tolerated than current antiretrovirals and has immunomodulatory activity that may reduce inflammation, according to a presentation yesterday at the 20th Conference on Retroviruses and Opportunistic Infections (CROI 2013) in Atlanta.

Under development by Tobira Therapeutics, cenicriviroc (formerly TBR-652) blocks CCR5, one of the two co-receptors HIV uses to enter T-cells. It also interferes with CCR2, a receptor that binds to monocyte chemo-attractant protein 1 (MCP-1), a cytokine that promotes migration of monocytes.

Though not fully understood, CCR2 plays a role in inflammation and is implicated in a range of conditions including liver fibrosis, metabolic syndrome and cardiovascular disease. A growing body of evidence indicates that chronic inflammation plays a role in a variety of non-AIDS-related conditions that help explain why HIV-positive people still have higher mortality than age-matched HIV-negative people.

When HIV selectively attaches to a particular coreceptor on the surface of a host CD4 cell. HIV can attach to either the CCR5 coreceptor (R5-tropic) or the CXCR4 coreceptor (X4-tropic) or both (dual-tropic).

This dose-finding study included 143 antiretroviral-naive adults who were tested to ensure that they had exclusively CCR5-tropic (using only the CCR5 co-receptor) virus. Although more than 90% of participants were men, the group was racially/ ethnically diverse, with about 60% white, 30% African American and 25% Latino/Hispanic. The average CD4 cell count was approximately 400 cells/mm3 and about 20% had a high viral load (100,000 copies/ml or more) at baseline.

Participants were randomly allocated (2:2:1) to receive 100mg or 200mg once-daily cenicriviroc or 600mg once-daily efavirenz, both with co-formulated tenofovir/emtricitabine (Truvada). When the study was started only a 50mg cenicriviroc pill was available, requiring people to take two or four cenicriviroc or matching placebo tablets with a meal in the morning, one efavirenz tablet or placebo at bedtime and Truvada whenever desired.

At 24 weeks similar proportions of participants in all arms achieved undetectable HIV RNA (< 5 copies/ml) in an intent-to-treat analysis: 76% with 100mg cenicriviroc, 73% with 200mg cenicriviroc and 71% with efavirenz.

However, virological non-response rates were significantly higher in the cenicriviroc groups compared with the efavirenz group (12, 14 and 4%, respectively). Gathe explained that this was largely attributable to missing 24-week data (counted as failure) because several participants discontinued treatment ahead of schedule. Likelihood of non-response did not differ according to baseline viral load, but there was a trend toward decreased response among people with lower 'trough' or minimum drug concentrations.

CD4 cell gains were good across treatment groups - 147, 170 and 135 cells/mm3, respectively – with a trend toward a larger increase in the cenicriviroc arms.

The researchers also looked at immune and inflammatory biomarkers to assess the drug's effect on CCR2. Levels of MCP-1 (the ligand or binding partner of CCR2) on monocytes increased in a dose-related fashion among cenicriviroc recipients – suggesting that the drug was indeed blocking the natural ligand – but remained stable in the efavirenz arm.

Levels of soluble CD14 (sCD14), a marker of monocyte activation, decreased in both cenicriviroc arms whilst increasing in the efavirenz arm. Gathe explained that higher sCD14 was an independent predictor of all-cause death in the SMART treatment interruption trial.

In general, no meaningful differences in laboratory safety were observed across arms. However, 14% of patients in the 200mg cenicriviroc group had grade 3-4 creatine phosphokinase (CPK) elevations, which returned to normal after the end of treatment. Total and LDL ('bad') cholesterol decreased among people taking cenicriviroc whilst rising among efavirenz recipients. HDL ('good') cholesterol also fell but by a smaller amount, resulting in a more favourable ratio.

"When used in combination with [Truvada] in treatment-naive HIV-1+ adults with CCR5-tropic virus, both once-daily cenicriviroc doses were effective, resulted in fewer discontinuations due to adverse events compared with [efavirenz] and decreased total and LDL cholesterol", the researchers concluded. "The effect of cenicriviroc on sCD14 merits further evaluation in clinical trials".

Gathe acknowledged that the regimen used in this study was complex and difficult to adhere to, and is "probably not a reliable component of modern HAART". The larger number of dropouts among cenicriviroc recipients – which led to the higher failure rate – may have been in part attributable to the difficulty of the regimen. Since that time, however, a higher-dose single tablet has been developed and fixed-dose combinations with other agents are in development.

In the future, the success of HIV treatment may be assessed based not just on viral load reduction and CD4 cell increases, Gathe suggested at a CROI press conference, but also on whether it has beneficial effects on other endpoints beyond HIV control.