Can people with resistant HIV omit NRTIs when switching from a failing regimen? 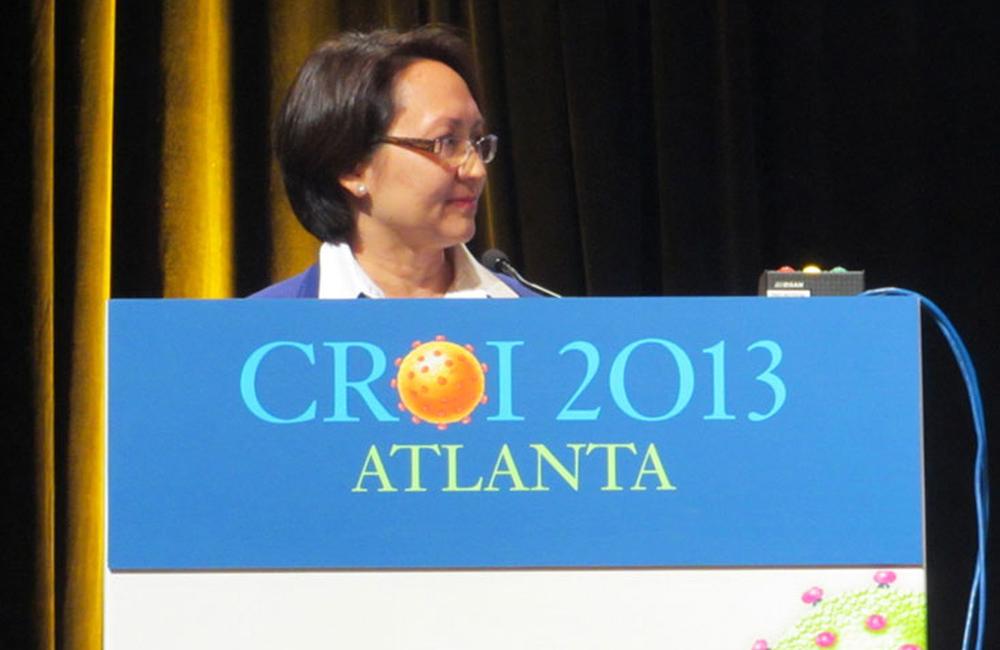 Omitting nucleoside reverse transcriptase inhibitors (NRTIs) when switching from a non-suppressive regimen to a new combination with at least two active agents can reduce pill burden and side-effects without compromising effectiveness, researchers reported yesterday at the 20th Conference on Retroviruses and Opportunistic Infections (CROI 2013) in Atlanta.

Individuals with hard-to-treat HIV – for example, those who received suboptimal therapy during the pre-HAART era and have extensive drug resistance – often include multiple drugs in their antiretroviral regimen in the hope of maximizing potency.

In the early years of combination therapy, many experts thought that even partially active NRTIs could make an important contribution to total antiviral efficacy of a marginal regimen. Furthermore, research showed that HIV can become less 'fit' and lose the ability to replicate efficiently as it accumulates resistance mutations for certain NRTIs such as lamivudine (3TC, Epivir).

As treatment has improved, however, a growing proportion of people with HIV can now construct fully suppressive regimens using new types of agents. In addition, the long-term toxicities of some NRTIs are better recognised, giving further impetus to avoid these drugs.

If someone plans to switch from a failing regimen to a new combination that includes two or more active agents from other classes, is there any need to retain potentially ineffective NRTIs?

Findings from the ACTG OPTIONS trial suggest the answer is no.

"In this population, NRTIs can be safely omitted without compromising regimen failure."

Karen Tashima from Brown University and fellow investigators enrolled 360 study participants between February 2008 and May 2011. To be eligible they had to be on a failing protease inhibitor regimen with viral load of at least 1000 copies/ml and have experience using or evidence of resistance to NRTIs and non-nucleoside reverse transcriptase inhibitors (NNRTIs).

Three-quarters of participants were men, about 40% were black and one-quarter were Hispanic. The median age was 46 years and they had been on antiretroviral therapy for 12 years on average. At study entry they had a low median CD4 cell count of approximately 200 cells/mm3 and viral load of 4.2 log10. Half had exclusively CCR5-tropic virus, making then eligible to use maraviroc (Selzentry or Celsentri).

The most common regimen – used by 56% – consisted of raltegravir, boosted darunavir and etravirine. That is, these participants opted to combine an integrase inhibitor, a modern protease inhibitor and a second-generation NNRTI.

Patients and their clinicians then selected which NRTIs they would like to use – with tenofovir plus emtricitabine (the drugs in Truvada) or lamivudine being most common by far at 82% – but an open-label randomisation was done to determine whether they would actually start or omit these NRTIs.

Results after one year showed that omitting NRTIs was not inferior to adding NRTIs to an otherwise optimised regimen. Overall regimen failure occurred in 30% of NRTI-omitters and 26% of NRTI-adders, not a statistically significant difference. Rates of virological failure were 25% in both groups.

Looking at safety and tolerability, the time to first sign or symptom of side-effects was the same regardless of NRTI use or non-use. Eleven people who omitted NRTIs withdrew from the study prematurely, as did five who added NRTIs. According to the researchers, there was "no statistically significant difference in primary safety when considering both symptoms and labs".

Interestingly, six people who used NRTIs died during follow-up, compared with none in the NRTI-free group – a significant difference. Causes of death included heart, kidney and liver failure, bacterial meningitis, sepsis, and progressive multifocal leukoencephalopathy (an opportunistic infection of the brain). In a couple of cases, investigators could not rule out that study drugs may have been a contributing factor.

"In this population, NRTIs can be safely omitted without compromising regimen failure," the researchers concluded. "Potential benefits of omitting NRTIs include reduced pill burden and cost."

This study is a "game-changer", Andrew Zolopa from Stanford University opined during the discussion after the presentation. "Many of us are recycling nukes, but it looks quite convincing that we don’t have to do this."

"You don’t need to include NRTIs when new active agents are onboard," Tashima concurred at an accompanying press conference. "We don’t need to hang on to this old class. We've become quite comfortable with them, but they add to pill burden and toxicity."

CROI vice-chair Scott Hammer from Columbia University noted that the OPTIONS study illustrated the evolution of HIV treatment: "We're making a judgment that toxicity and pill burden are more of a risk than a benefit in this situation because now we can suppress almost everyone."